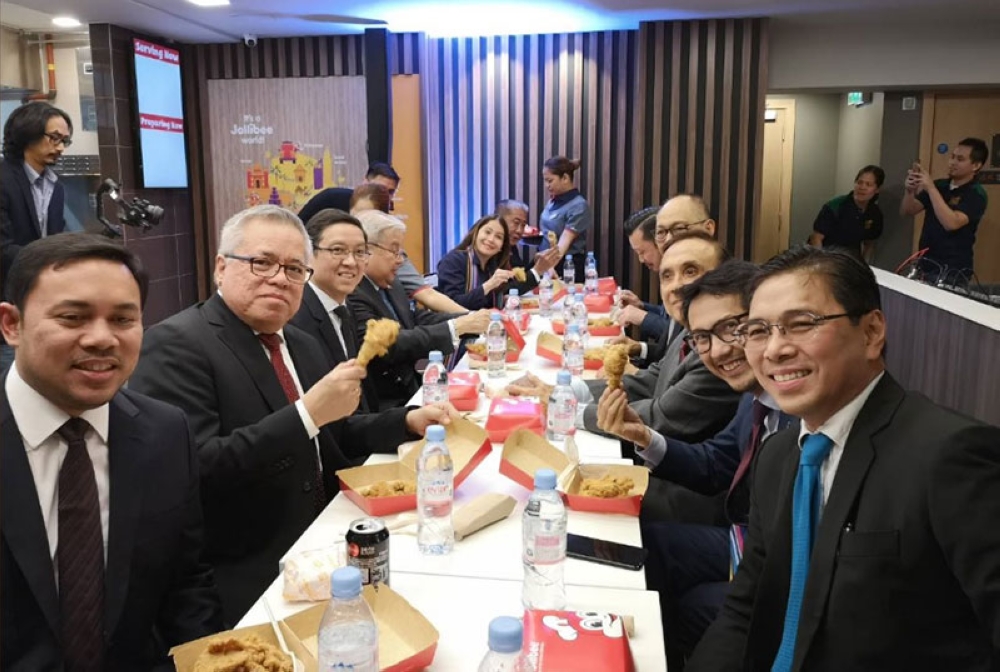 LONDON. Philippine officials get a taste of the first batch of Chicken Joy and Yum Burger served in London. (Photo from DTI Twitter) 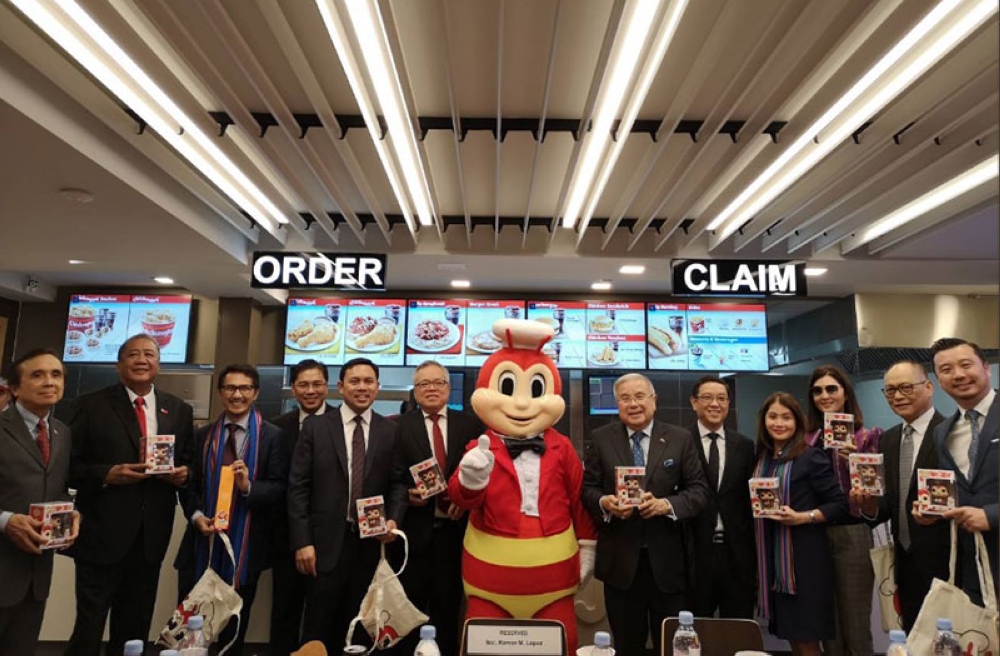 LONDON. Each Philippine official gets a Jollibee Funko Pop. (Photo from DTI Twitter)

Jollibee gave a sneak peek of the store, which is located at Earl's Court, to key Philippine officials who are in London to conduct the Philippine Economic Briefing 2018.

Happy to give an exclusive sneak peek of my new home here in Earl’s Court, London for our esteemed Philippine cabinet officials. Looking forward to share the JOY as we open our doors on October 20.

Among the officials who visited the store was Socioeconomic Planning Secretary and National Economic and Development Authority (Neda) Director General Ernesto Pernia.

Beaming with Pinoy Pride as we join the opening of the UK's very first Jollibee store. pic.twitter.com/Y4vEE6FkIB

The Department of Trade and Industry, in a Twitter post, showed Trade Secretary Ramon Lopez and the other economic officials enjoying the first batch of Chicken Joy and Yum Burger in London.

Other Philippine officials who got first look at the store were Budget Secretary Benjamin Diokno, Tourism Secretary Bernadette Romulo-Puyat and Finance Secretary Carlos Dominguez III, among others.

DBM Sec. Diokno and other key officials attend the opening of the first Jollibee store in the United Kingdom at Earl's Court, London. pic.twitter.com/C9MeqG66J6

Congratulations to Jollibee Foods Corporation on your first Jollibee store in the United Kingdom! Jollibee continues to spread the joy of eating in other parts of the globe and to cater to our homesick overseas Filipinos and foreign friends. pic.twitter.com/ouQkgddrDp