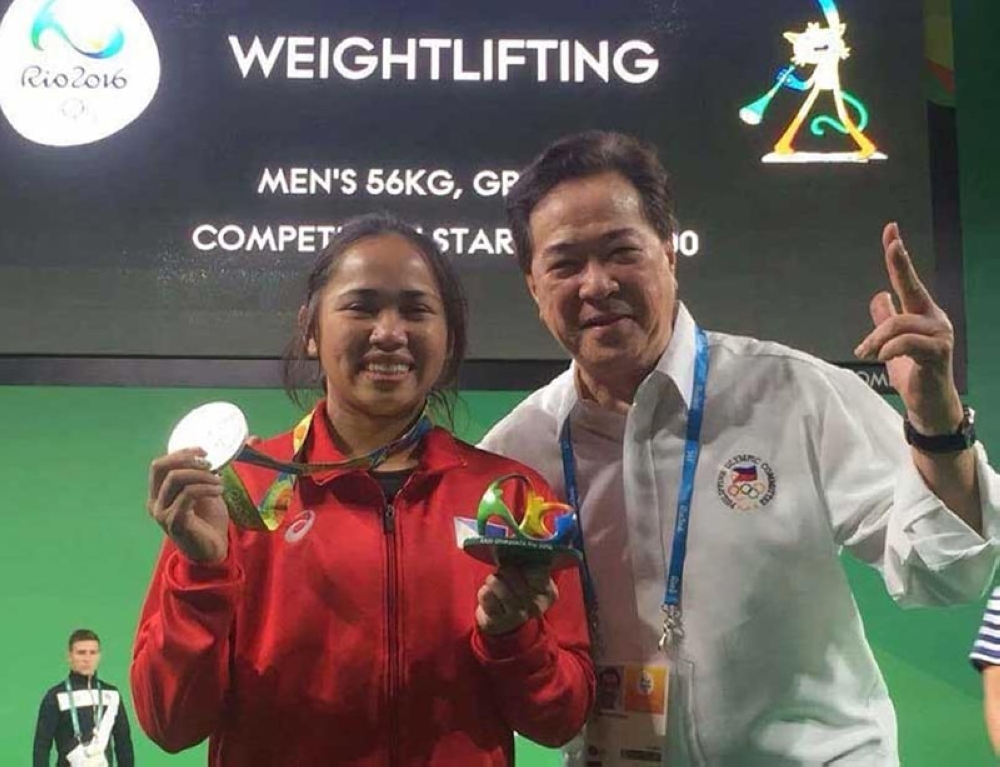 In her letter addressed to Philippine Sports Commission (PSC) chairman William Butch Ramirez dated September 21, Diaz stated it is known that their National Sports Federation is in chaos with two associations involved.

Diaz, also a Rio Olympic silver medalist, confirmed in a phone interview Wednesday, September 26, that it was her letter that was posted on social media.

She said she submitted the letter to the PSC and the Philippine Olympic Committee.

She added she has not yet talked with Puentevella.

“I stand for Philippine Weightlifting Association as the official and recognized association by Philippine Olympic Committee. It is very sad though that we, the athletes, are struggling and suffering from this dispute. I am releasing this statement that may help enlighten the current situation of my NSA,” she said.

“It is depressing how a sports leader uses weightlifting without promoting and expanding our sports, without a strategic plan, without a long-term program for the athletes, and without integrity. Mr. Puentevella is creating further misfortune to our sport instead of upholding unity and peace should he really have or had or has the heart for weightlifting in the country. He must voluntarily do what is right. He must undergo election process if he really wants to be the president,” she added.

SWP is the national governing body for weightlifting and powerlifting in the Philippines. The president of the SWP since October 2016 is Puentevella.

Diaz said it is frustrating to witness the state of weightlifting in the country after she won in 2016 Rio Olympics.

“I expect a lot of changes in weightlifting, but sadly I saw some people who only use weightlifting for their own benefits and not for the benefits of our sports and athletes. I am very grateful because I became the pride of my sport, I thought it was enough reason to bring back weightlifting to spotlight. But I was wrong. I had to endure several personal prejudice and criticisms for different sectors. I was immediately judged ‘lumaki ang ulo’ and ‘mayabang’ (proud) just because I requested for reinstatement of Coach Antonio Agustin Jr. under the Philippine Sports Institute because he was my previous coach until he was removed in 2014,” she said.

She added: “I want to be surrounded with positive people in my core team, I think my former coach Agustin is no longer suitable to be part of it because he is not open to the idea of working with my core team consisting of strength and conditioning, nutritionist, recovery team and sports psychologist. It is hard for me to see my coach got stuck, who helped me to be a good athlete before. But, I need to move forward and set my mind and prioritize Tokyo 2020 with this quote ‘the secret to success is innovation, you have to be different, always aspire to do more and do better,’ I cannot trap myself with him.”

In her letter, Diaz also mentioned the “palakasan system” (padrino system) of the sports officials, among others.

When will this wrongdoing stop? Diaz asked.

“Me, as the voice and face of the Philippine athletes, stand for what is right for the sport, for weightlifting, and for the athletes. I am confident that you (PSC chairman) will help me on this matter as we are doing this for the future generation,” Diaz said.

Puentevella could not be reached for a comment on Wednesday.