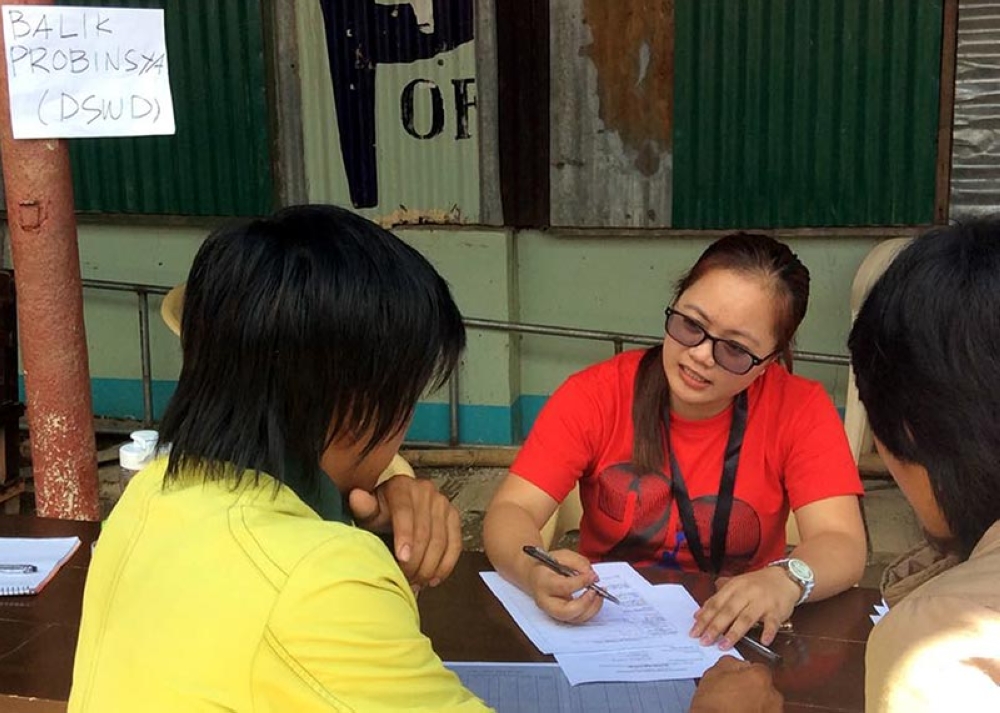 BAGUIO. Personnel from the Department of Social Welfare and Development interview evacuees from level 070 Ucab, Itogon Benguet who wanted to return to their provinces. The residents will be assisted by the government under various livelihood programs. (Jonathan Llanes)

SMALL-scale miners in Benguet are asking Environment Secretary Roy Cimatu to reconsider his order to stop small-scale mining operations in the Cordillera region because it will affect their livelihood and survival.

In a letter addressed to Cimatu, the Benguet Federation of Small-Scale Miners (BFSSM) bewailed that the order will impact the livelihood of more than 12,000 members of the association.

“Today, September 24, we the small-scale miners in the Province of Benguet, particularly, small-scale miners from Itogon, gathered at the covered court of Tuding, in unison, resolved to petition the DENR Secretary to reconsider his verbal order for the closure of all SSM operations, legal or illegal in the Cordillera and more so in Itogon,” the letter reads.

The group said small-scale mining as a livelihood is customary to the natives of Cordillera, Benguet province and Itogon.

They instead called on government to regulate SSM and not close it.

“Dear Secretary Sir, please consider our plight. Is stoppage of our occupation really meant well for our country? Why is the enforcement of your order be implemented by the Army? Are we enemies of the State? Are we fugitives of justice?” the letter partly reads.

They added that no president has ever attempted to stop small scale mining operation in the past believing that this is for the people’s survival.

On September 17, the Department of Environment and Natural Resources (DENR) issued a cease and desist order of all small-scale mining activities in the Cordillera region following the massive landslide in Itogon that left several people dead and missing miners.

Under “Oplan Itogon,” non-compliant mines will be shut down by the National Task Force Mining Challenge starting October 1.

DENR Assistant Secretary Marcus Fragada, focal person of NTFMC Itogon said on Wednesday, the stoppage order is anchored on the safety of the people.

“Knowing that a lot of people perished during the landslide we would like to avoid it happening again. It is a hazard area and the geohazard team who came signified that to the OCD [Office of Civil Defense],” he said.

“Our role is to actually ensure that they abide with the pronouncement. We had consultation with the federation through Lomino Kaniteng and the DENR staff were there to explain and actually request that they vacate on their own,” he added.

Fragada said the government recognizes their plight and various alternative livelihood programs will be extended to them.

“The ground is not stable as it was before. Sana maintidihan po ng small-scale miners ang main concern is the safety of the people,” he said.

A minahang bayan is being considered as alternative.