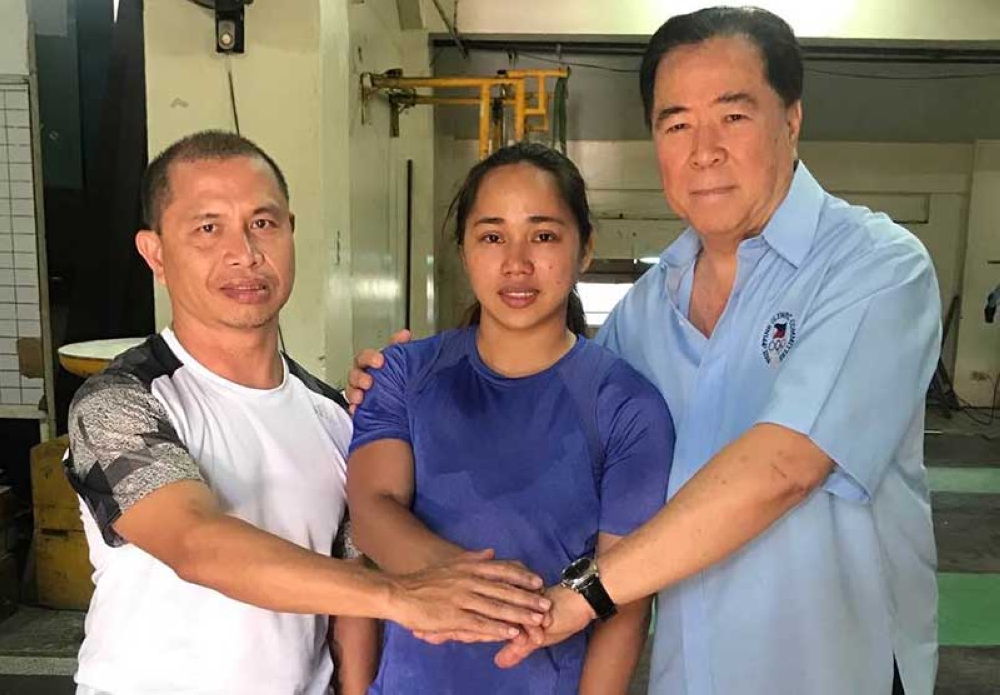 “I guess we just have lack of communication. Coach Tony Agustin had two hours with Hidilyn (Diaz) and I had almost an hour with her to talk things over,” Puentevella said.

“She sympathized with some of her fellow athletes that I was forced to discipline. But she realized that I have the best of intentions – to further strengthen the values of discipline. And, she was grateful as I was. Coach Tony (Agustin) will stay as her coach. Nothing like a good simple talk,” said Puentevella, former mayor of Bacolod City.

Ramirez, who met Diaz in his office on Tuesday afternoon, appreciated the Olympian’s gesture of thanking the government for supporting her for more than 12 years.

Ramirez added that the issue of her choices for coaches is her prerogative. “We approved her five coaches who will help her to prepare for the Tokyo Olympics: foreign Chinese coach, physical therapist, masseur, physiologist, and sports psychologist.”

The PSC chair added that they have also approved her six qualifying World Weightlifting competitions.

The issues with her National Sports Association (NSA) president is internal to the NSA, according to Ramirez.

“But it is subject to our supervisory power because of government funding. I called up former congressman Puentevella and told him that it is urgent for him to talk to her and possibly agree on a resolution regarding her letter-complaint. I hope they can settle their differences swiftly so that both the association and Hidilyn can focus on the needed support for her participation in the Tokyo Olympics 2020,” Ramirez stressed.

“I told her (Diaz) that my commitment as PSC chairman is precisely to help and support the 900 elite athletes and national coaches,” he concluded.

Diaz earlier expressed her disappointment with the leadership of Puentevella.

In her letter, she said “it is depressing how a sports leader uses weightlifting without promoting and expanding our sports, without a strategic plan, without a long-term program for the athletes, and without integrity. Mr. Puentevella is creating further misfortune to our sport instead of upholding unity and peace should he really have or had or has the heart for weightlifting in the country. He must voluntarily do what is right. He must undergo election process if he really wants to be the president.”

Puentevella earlier said some people are egging Diaz to complain against him because they are interested in his position.