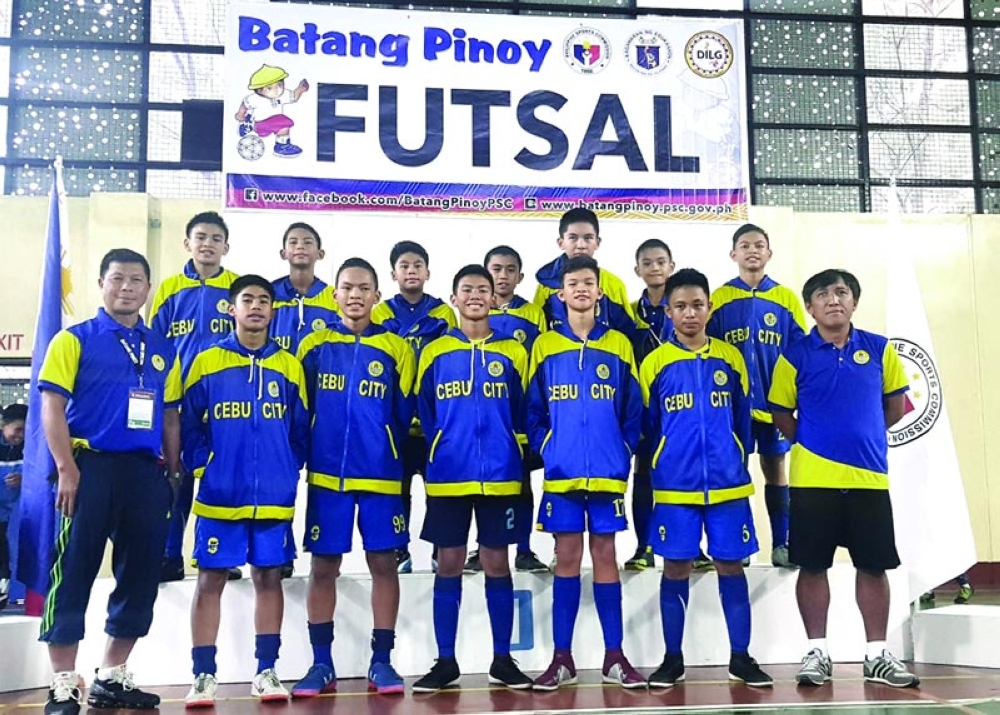 ONE-SIDED. The DBTC U13 team scored 72 goals in seven games--including 14 in the finals--and didn’t concede a single goal in winning the futsal title for Cebu City in the Batang Pinoy national finals. (Contributed photo)

DISCOVERING your passion at a young age is never impossible and the Don Bosco Technology Center (DBTC) U-13 boys, who won their division title in the Batang Pinoy national finals last Sept. 15 to 21 at Baguio City, have proven this.

Pumareja, the team captain, said they have been playing football for seven years already.

He said that his team has a very strong bond because during their elementary days, they were already together competing for the Palarong Pambansa.

Pumareja’s description of his team should be taken positively though. He said that they have been a team for years, so they have been comfortable with each other.

They may be youngsters seeking fun in their passion for football, but they have a goal aside from winning each game--to strengthen their bond as a team.

Pumareja said that they never expected such result but their motivation kept them fighting.

“We tried to score a lot of goals so those in the bench can also play,” said Pumareja.

He added that their everyday practice was all worth it. Every Mondays, Wednesdays and Fridays they would train for their technical skills, while every Tuesdays and Thursdays they would have body conditioning exercises.

Their team, according to Pumareja, has a chemistry and bond that is different from any other teams. He said that as the team captain, he would always do his best to guide his teammates and understand them in times of hardships and failures.

Pumareja said that the secret behind these achievements is teamwork and trust with each other.

He added that a team must possess discipline.

“If you don’t have discipline, if you don’t listen to your coach, you will have a hard time winning,” said Pumareja.

The DBTC U-13 boys are also participating in the Aboitiz Football Cup 2018 and will also join the Pilipinas Cup 2018. (Mary Ruth Malina, USJ-R Mass Comm Intern)