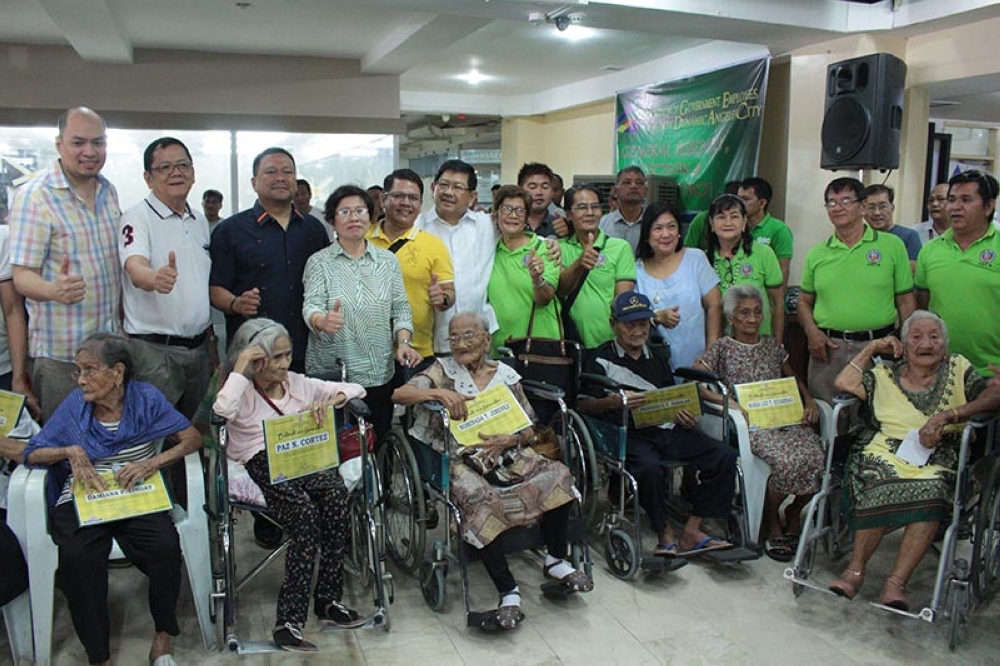 Spearheaded by the Office for Senior Citizens Affairs (Osca), the celebration include activities that promote the welfare and celebrate the important role of older persons in nation building, and address issues concerning their sector.

Senator Joseph Victor “JV” Ejercito joined Pamintuan and Nepomuceno in the awarding of ten senior citizens (aged 95 to 99 years old) with certificates of appreciation and financial support amounting to P5,000 from the city government.

Osca Head Gloria Tanhueco said that the city is set to recognize another batch of Angeleño elderly in the coming week.

On October 17, Osca will lead the city’s Elderly Week assembly at MarQuee Mall from 10 a.m. to 2 p.m.

Activities in the celebration include dancing, singing and appearance of senior citizens ambassadors from participating barangays. A raffle draw will also be brought about to provide fun and enjoyment to the elderlies.

A ballroom dancing for the elderly hosted by Nepomuceno will be held on October 19 at the Central Town Mall in Barangay Cutcut from 2 p.m. to 7 p.m.

Based on Osca’s records, a total of 44,731 individuals are registered senior citizens in the city. The office has provided them with identification cards and booklets that inform them and their families about their benefits and privileges.

More than 40,000 senior citizens have gained access to quality health care services through automatic PhilHealth membership. All movie theaters and malls are also giving free cinema access to the elderlies every Monday and Tuesday for the first and second movie screening.

Tanhueco also mentioned that “Osca is monitoring business establishments who are not complying with the Expanded Senior Citizens Act of 2010 or RA9994.”

In his speech, Pamintuan said that the program offered by the city to the elderly sector is “an acknowledgement of their vital contribution in building better communities and that age is never a hindrance in living a productive life”. (PR)