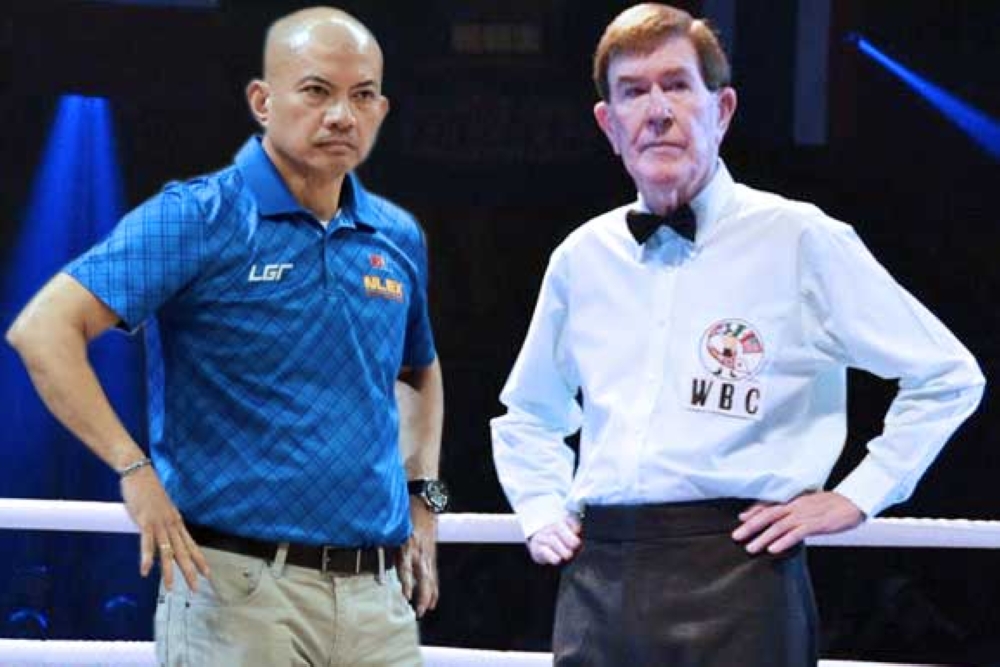 Branding it a knockout punch for McTavish, Guiao said that the Filipino citizenship could not have come at a better time for the New Zealand native who relocated to Clark in Pampanga on February 12, 1967, marrying Carmen Tayag of the illustrious Tayag family of Angeles City. Now 77 years old, he has applied for Filipino citizenship as early as 2010.

“It could not have come at a better time for Bruce. Now, he is a bonafide Kapampangan and a genuine Filipino. And we are very happy about this since he really is a Filipino at the very start. It’s a very rare honor that he is now officially one of us,” Guiao told Sun.Star Pampanga.

Guiao recalled that he refiled then Representative Carmelo Lazatin’s bill at the House of Representatives in 2010 endorsing McTavish's application for citizenship by naturalization. The committee on justice approved the measure with some amendments but the House failed to act on it in the plenary until Congress adjourned in 2013.

In 2014, House Bill No. 2343 was then filed by Guiao which re-endorsed McTavish's re-application for Filipino citizenship. The measure again failed to reach the plenary.

“It was approved at the committee level of the House but failed to reach the Senate plenary. It was really good that Senator [Richard] Gordon picked it up and pursued its approval” Guiao said.

Sponsored by Gordon, chair of the Senate Committee on Justice and Human Rights, House Bill 7388 granted Philippine citizenship to McTavish in recognition of his "exemplary contributions as a sportsman, entrepreneur, civic leader, devout Catholic and philanthropist." The senator also cited McTavish as among the pioneer investors in the Clark Freeport Zone and became the president of the Hotel and Restaurant Association in Pampanga.

The measure grants citizenship to McTavish, "with all the rights and corresponding obligations appurtenant thereto as a natural-born Filipino citizen."

Guiao shared that the Filipino citizenship for McTavish is long overdue as the renowned boxing referee prides himself as a Kapampangan, who embraced Philippine customs, traditions, ideals and has decided to become a Filipino citizen and make the Philippines his permanent home to which he shall forever pledge loyalty and allegiance.

“He is best recognized for his exemplary contributions in Angeles City as manifested in the various projects that no other foreigner or natural-born Filipino has accomplished. He is a sportsman, entrepreneur, civil leader, devout catholic and a philanthropist,” Guiao said.

He added that as a civic leader McTavish became the president of the Rotary Club of Mabalacat in 1983 where he introduced the Polio Plus Project, the pilot program that became the basis of Rotary International efforts to eradicate polio worldwide.

He also became the president of the Rotary Club of Clark Centennial and formed the Bahay Bata Foundation, a residence center for street children in Angeles City.

“McTavish is best admired for his philantrophic work advancing attention

to the plight of street children and in fact consistently raised funds to support the education and subsistence of 71 school children, providing lodging for 35 of them,” Guiao said.

McTavish started his career in refereeing in the 1970s. He has officiated some previous matches of Senator Manny Pacquiao.

In October last year, he was named Referee of the Year in the 55th WBC Convention held in Baku, Azerbaijan. The WBC also honored McTavish with the same recognition in 2013 and 2015. (JTD)