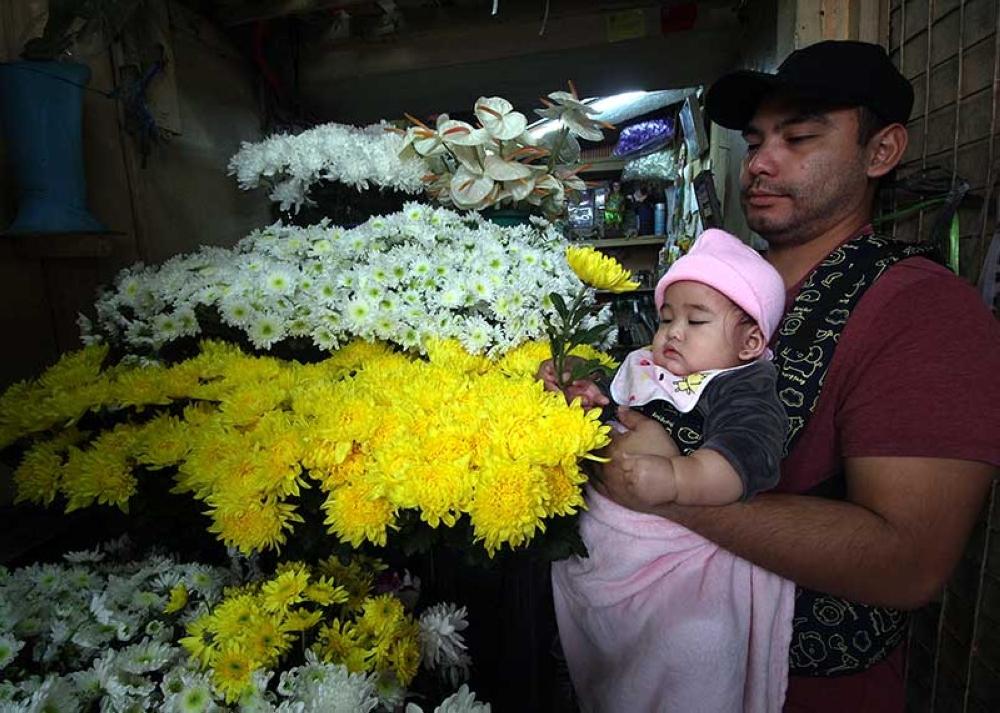 BAGUIO. Study conducted by the Benguet State University recently found out found the likelihood of cancer among chrysanthemum flower farmers. Chrysanthemum ranked number one in terms of production volume with 10,610 MT contributing 46 percent of all cut flowers produced due to high demands for cut flowers in Metro Manila. (Photo by Jean Nicole Cortes)

A STUDY by the Benguet State University (BSU) has helped farmers increase yield and quality of cut flowers by lessening pesticide use.

Dr. Carlito Laurean, vice president for research and extension, said the study “Science and Technology Community-Based Farm (STCBF) on Spray Chrysanthemum Production” by BSU and the Philippine Council for Agriculture, Aquatic, and Natural Resources Research and Development of the Department of Science and Technology (DOST-PCAARRD) then intervened and administered Good Agricultural Practices and lessened pesticide use and increased yield.

The study also claims that it has helped reduce cancer risk of farmers and promote safe gardening.

Laurean said five barangays in La Trinidad were studied on pesticide application and found the likelihood of cancer among chrysanthemum flower farmers.

Starting 2016, the project focused on 30 chrysanthemum farmers in barangays Bineng, Beckel, Ambiong, Lubas and Shilan, all in the Municipality of La Trinidad with a budget of P5 million.

Laurean said the move has increased yield making more profit as well as quality of cut flowers without the use of harmful chemicals.

The study showed former chrysanthemum farms yielded a dozen per square meter with a P10,798 profit.

The study found farmers’ use massive amounts of chemical fertilizers was replaced by application of Good Agricultural Practices (GAP) with BSU-PCAARRD organic fertilizers.

After the intervention, farms saw an increase of 1.5 dozens per square meter with a P24,166 profit.

The project spearheaded by Laurean, together Teresita Mangili, Fely Ticbaen and Andy Colte is now on its second phase with a budget of P3 million with the backing of La Trinidad Mayor Romeo Salda.

Chrysanthemum production is one of the biggest sources of income for farmers in La Trinidad and nearby municipalities.

In 2003, chrysanthemum ranked number one in terms of production volume with 10,610 MT contributing 46 percent of all cut flowers produced due to high demands for cut flowers in Metro Manila.

In 2015, La Trinidad was the number one chrysanthemum cut flower producer in CAR and in the Philippines with the highest volume of harvest of 11.424M thousand dozens.