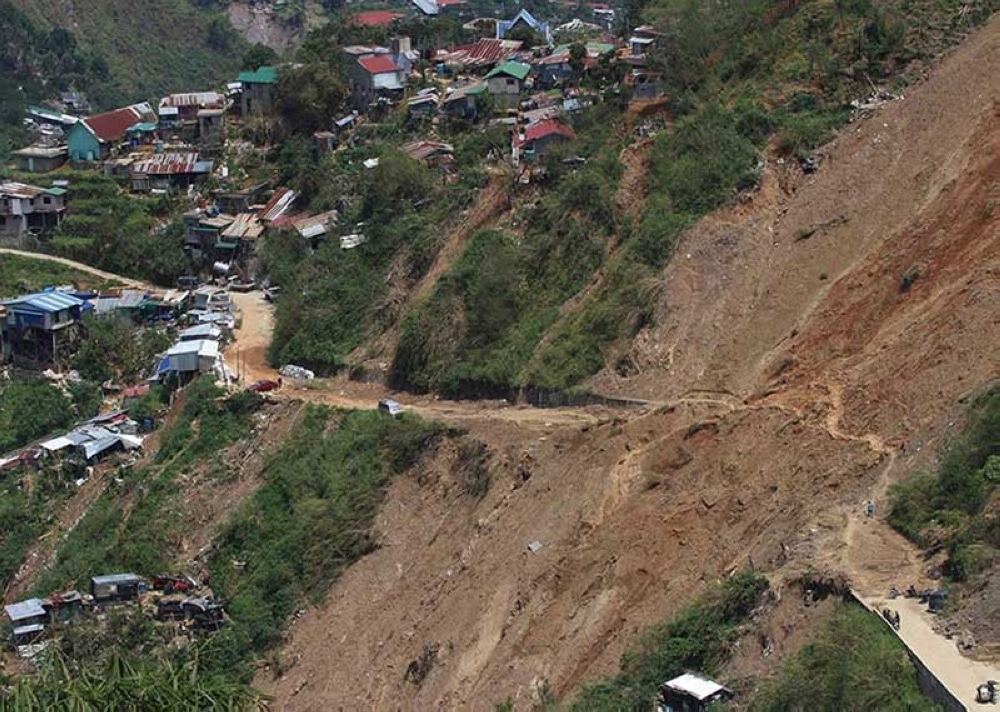 ITOGON Mayor Victorio Palangdan ordered village officials to conduct information drive in the municipality after the Mines and Geosciences Bureau (MGB) said the town lies in a landslide-prone area.

MGB recently conducted a comprehensive geohazard assessment and found out signs of impending landslides in several barangays of the municipality.

The assessment added an active landslide is also situated at the northeastern slope of a ridge upslope of First Gate and Keystone where the missing and dead person processing center is located.

In Barangay Virac, where a sinkhole occurred in 2015, the area was riprapped but continuous ground movement was observed. Sitio Bubon and Sitio City Limit have active landslides found along the roads.

The Department of Environment and Natural Resources (DENR) Cordillera recommended forced evacuation of residents in the areas identified to be landslide prone.

DENR regional director Ralph Pablo said only three percent of the municipality of Itogon is safe for human habitation.

“The municipality of Itogon is three percent alienable and disposable lands. Iyon lang iyong pwede for human habitation, for titling, for private property ownership. The rest remain to the state because of the slope,” said Pablo during the Cordillera Disaster Risk Reduction Management Council meeting at Itogon on Tuesday, October 2.

DENR recommended for relocation plans and programs be implemented the soonest to avert disaster that may result to the loss of lives and damage to properties.

Pablo added if there are relocation sites identified by concerned agency, a request should immediately be made to the DENR to conduct test in the area.

Based on previous studies, the municipality lies in a seismically active region under volcanic and intrusive bodies which led to the district wide mineralization.

Palangdan said a municipal wide dialogue will be held to let residents understand that there will be no more construction of houses within dangerous areas.

While relocation sites are being sought, Palagndan asked Benguet Corporation to provide available land areas for relocation of displaced residents prior to the massive landslide at level 070 in Ucab.

Last week, at least P10 million worth of financial assistance intended for construction materials were turned over by the National Housing Authority for the affected families of Itogon.