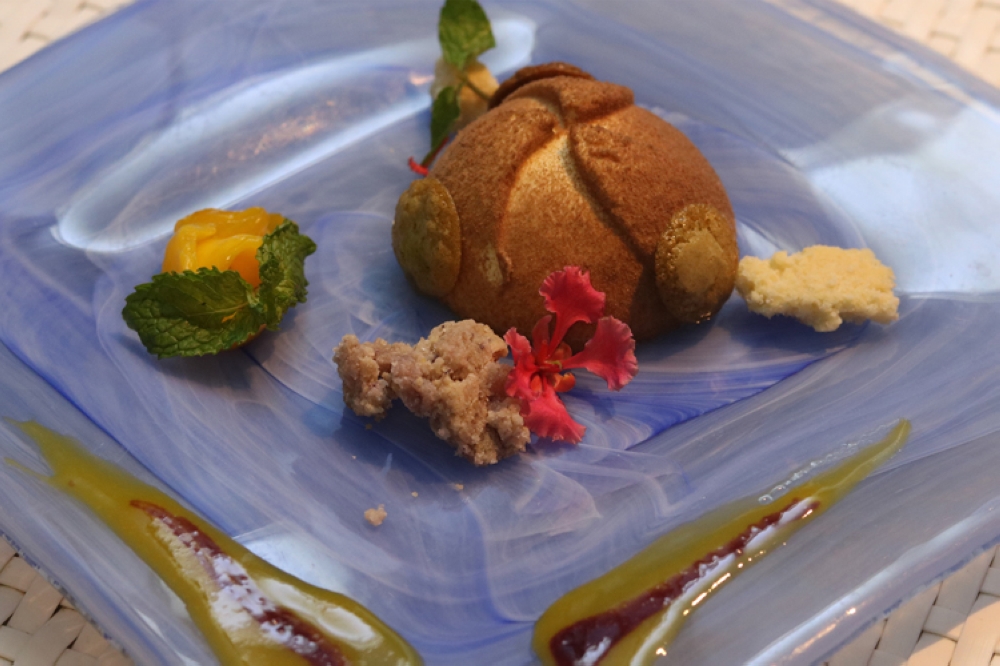 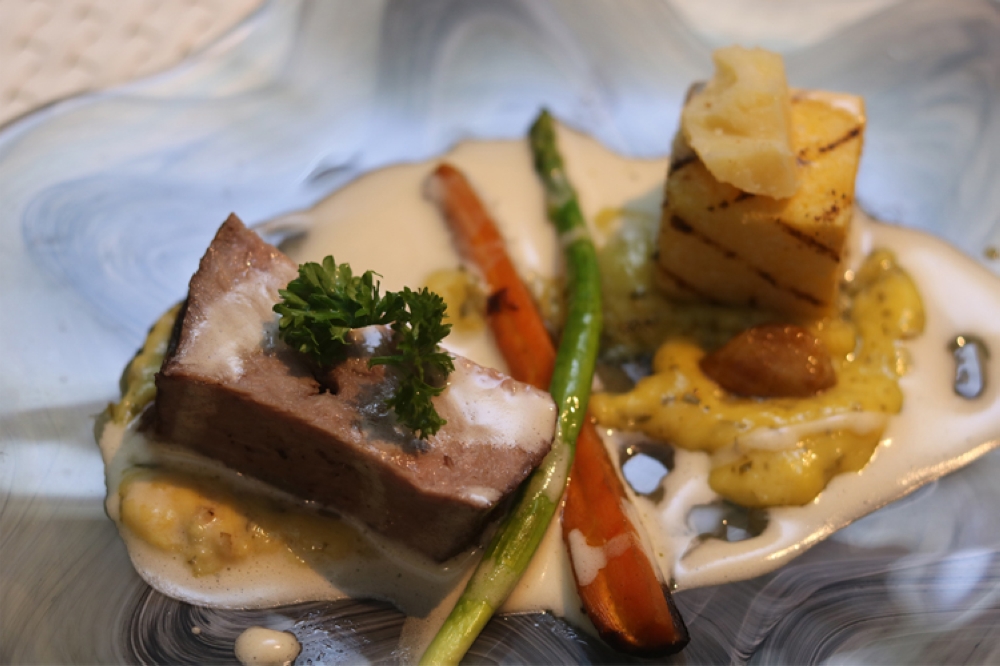 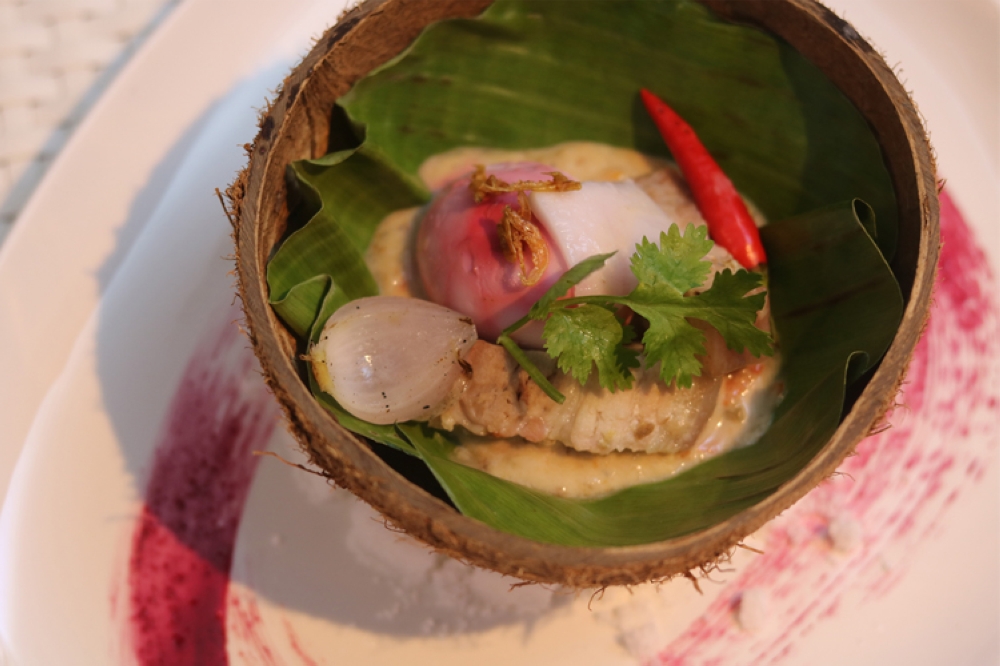 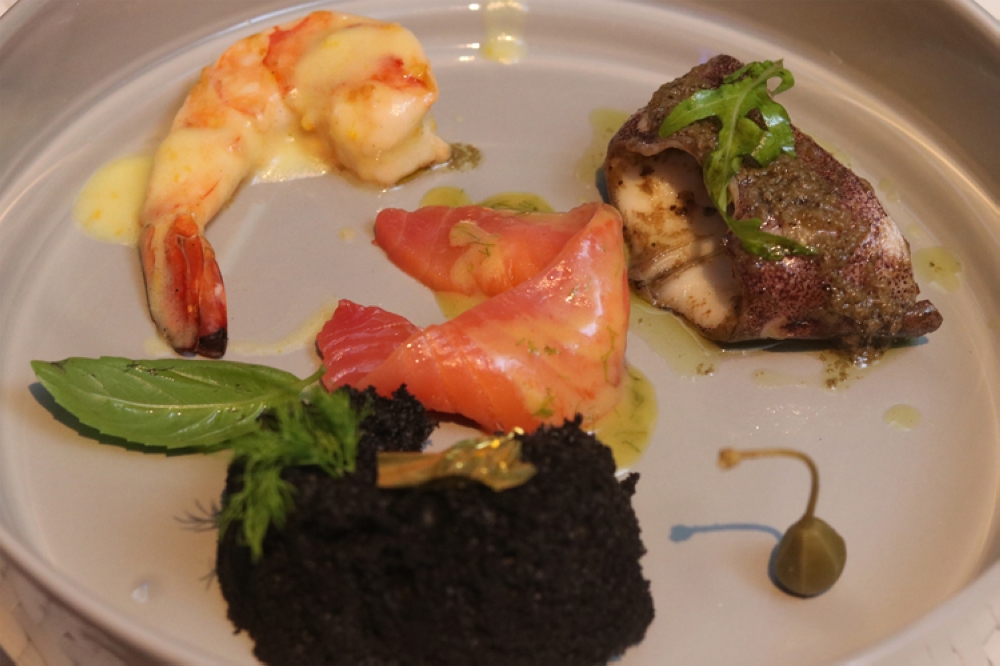 IN an intimate media dinner a couple of weeks ago, Mövenpick Hotel Mactan Island Cebu introduced its new executive chef, Jean Louis Leon. But it wasn’t a typical meet-and-greet where everything seems forced and everyone is too stiff and formal. No grand entrance or elaborate speeches and introductions that sound rehearsed. Conversations were as free-flowing as the frosé (frozen rosé) which also made its debut that night.

The man of the hour, Chef Jean Louis, would make an appearance every now and then after preparing each course, either to explain what’s in the dish and how he came up with it or simply exchange pleasantries with the guests. Originally from France, Jean Louis has held positions at multiple highly esteemed hotels and resorts in Europe and Asia including a restaurant and boutique hotel in Lausanne, Switzerland. With his culinary experience spanning over 25 years, one can expect more exciting delights at Mövenpick through new flavors and textures.

“I bring a fresh take and style, with my background in boutique hotels. I will create more relations and find ways for more guests to interact with chefs through interactive stations. I want to do homemade recipes rather than buy them. I need as well to incorporate the Mövenpick trend and philosophy to the local products and recipes, with a moderate twist. I constantly evaluate our offers, so we can adjust to what our market needs,” said Jean Louis.

Both his parents worked in the food industry, so he was taught basic cooking at an early age. Asked if being a chef was what he always wanted growing up, he mused, “Yes, because I remember that nothing else was on my mind before, no hesitation from day one.”

He may have an impressive resume but to him, there’s nothing as great an accomplishment as the one you make with chefs and colleagues. “They are who they are now because you provided them with the right motivation to achieve something they can be proud of,” he said.

Chef Jean Louis admits he is still in the process of making his signature dish but judging by his favorite local ingredients—uni and fresh seafood or shellfish, Malagos chocolate, and local vanilla bean and mulberries from the hills of Cebu—it looks like diners are in for a treat.

Even the four-course menu that night was a surprise. First up was a seafood plate of squid tossed with tapenade (a Provençal paste made from black olives, capers, and anchovies); prawn with avocado oil and citrus dressing; beet-cured salmon with a mustard-dill sauce; and squid ink sponge topped with fresh herbs and gold leaf. The wild explosion of flavors that enveloped the palate had diners wishing for more but also eager to sample the rest.

Next was his take on Bicol Express Pork. In contrast to the original version which almost burns the tongue with its heat, this one was mildly spicy and guests had the option to tone it down a tad more by breaking the soft-boiled egg and mixing its yolk into the dish, or to spice it up a bit by breaking up the whole red chili that sat pretty on the side. The presentation was ingenious of course—in a coconut husk cradled by a bed of salt. Dried shrimps, young coconut meat, and seared onion rounded up the flavors.

At this point, the sight of the Angus ribeye and the smell of truffle oil from the emulsified beef jus were enough to whet the appetite again. Cooked churrasco-style, it was fork-tender and went well with the jus and the bearnaise sauce which guests polished off their plate with the block of polenta topped with a chunk of parmesan.

Dessert showed just how clever Chef Jean Louis was. The bavarois (a mousse-flan made of milk, eggs, gelatin, and whipped cream) which looked deceptively indulgent was light and not cloying, thanks in part to the addition of yuzu (a Japanese citrus) and its cocoa coating. The mango coulis, French almond biscuit and raspberry and vanilla crumble each gave another layer of flavor and texture.

There’s a French phrase that goes “je ne sais quoi” which means something appealing yet ineffable. It begs description but words elude a person. Chef Jean Louis definitely has this, as we have yet to find the most accurate term for the culinary genius that he is.