Mother in despair: No hope for justice 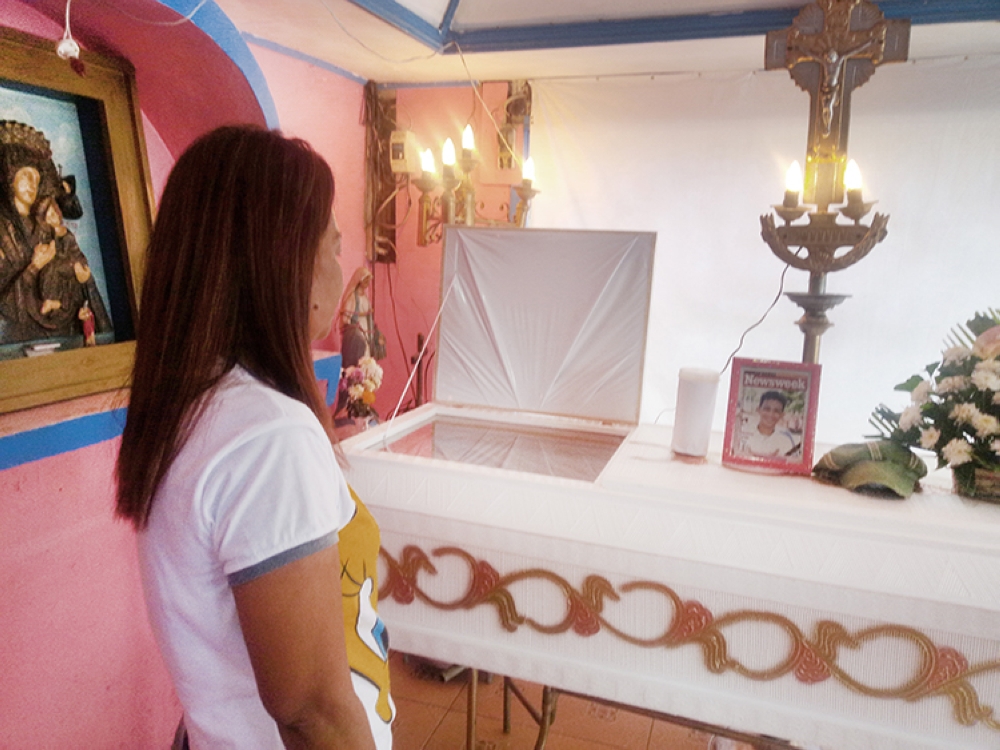 THE mother of Lyster Abella, a former youth council leader, peered into the coffin and stared at her son’s face that now had a missing nose. She shook her head.

“Morag baboy nila pagpatay (They killed him as if he was a pig),” said Nellie (not her real name).

Her 26-year-old son was among the five men shot dead by unidentified men armed with automatic rifles, in a secluded area in Barangay Malubog, Cebu City last Thursday dawn.

A framed picture of a smiling Abella stands on the casket’s cover next to an olive green hat. The victim, a former Calamba Sangguniang Kabataan councilor, left a six-year-old son.

Abella’s wake was held in a chapel near the barangay hall.

“Basin pulis kay naa may nagsulti (Maybe it’s the police because some said so),” she said of the people behind her son’s death.

Abella and his female friend were reportedly waiting for someone near his house in Barangay Calamba when a van arrived.

A man came out, grabbed Abella and forced him to get inside the van. Abella’s friend failed to see the abductor’s face as she panicked and ran.

Nellie said she could not believe her son had been involved in the illegal drug trade.

Disbelief was also written in the face of Richell after seeing the lifeless body of her son, Carl Cabahug, in a funeral parlor last Thursday night.

Richell last saw her son walk out of their house last Tuesday night. She also does not believe Cabahug was a pusher.

Cabahug, a former fast-food joint employee, was forced by Richell to enroll in the Alternative Learning System in Barangay Cogon-Ramos for a brighter future.

Nellie said she is not hoping for justice, believing it would be futile to seek it as she lacks the finances to hire a competent lawyer.

“Wa tay mahimo ana (We can’t do anything about that),” she said.

Nellie, however, said she has started praying for the culprits to be bothered by their conscience.