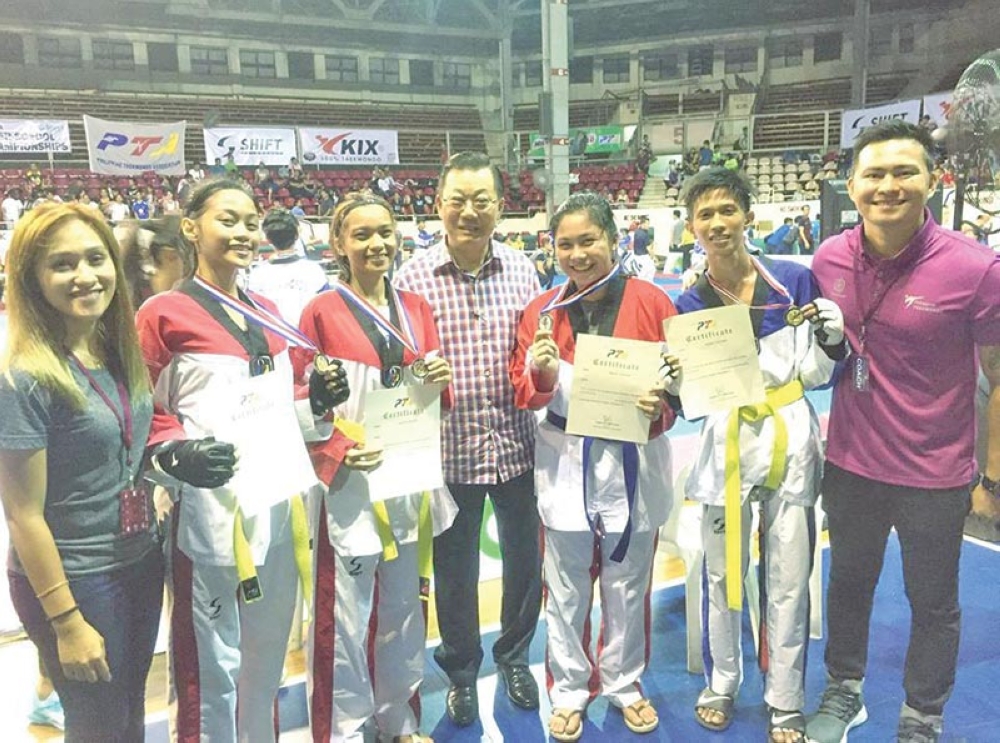 MANILA. Team Kaizen Davao jins and coaches are all smiles at the close of the National Inter-School Taekwondo Championships 2018 held at the Rizal Memorial Stadium in Manila last September 30. (Contributed photo)

Jillian Canillo, Alvin Ibag and Abby Mesiona, however, secured one bronze each in the national event that attracted some 2,000 jins all over the country.

San Beda College offered scholarships to some of her players. (ABM)