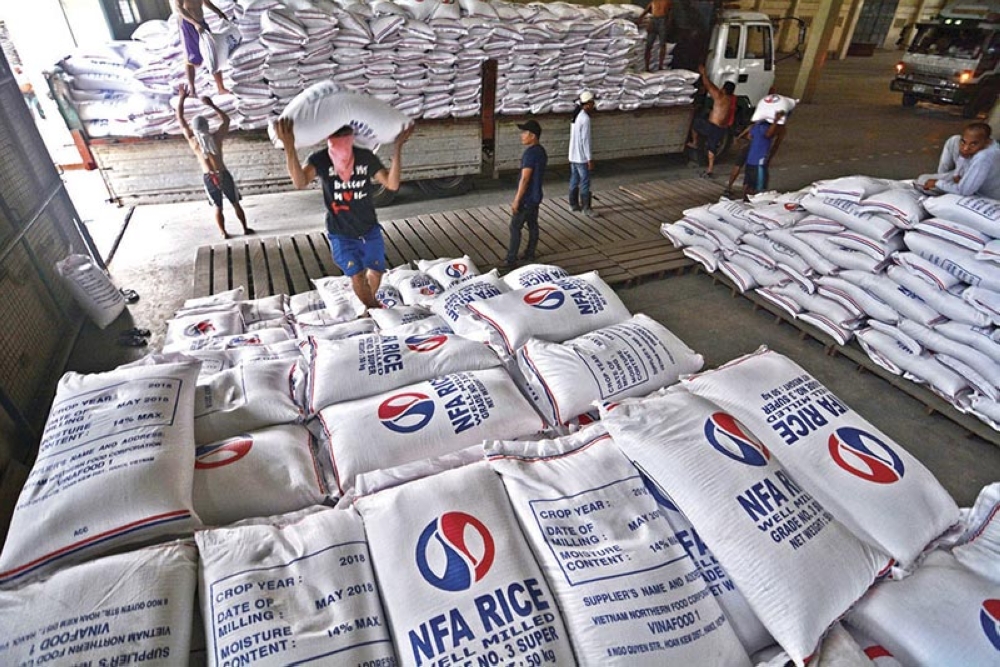 PRESIDENT Rodrigo Duterte has ordered the "unimpeded" importation of rice as one of the measures to tame the elevated inflation rate.

Duterte gave the instruction after Finance Secretary Carlos Dominguez III, during the 30th Cabinet meeting held on Monday, October 8, informed the Chief Executive that the food basket contributed largely to the inflation rate, which accelerated further to a nine-year high of 6.7 percent in September.

"The most important highlight of that meeting was the President approved unimpeded importation of rice as a measure to reduce inflation," Presidential Spokesperson Harry Roque Jr. told a press conference.

"The President ordered the unimpeded importation of rice. He wants to flood the market with rice so that even if the price of crude and other prices of oil should go up still further, that the people will have access to affordable rice," he added.

Roque said rice traders would no longer be restricted from importing rice, as long as they pay tariffs..

He added that the President's order effectively stopped the National Food Authority (NFA) from limiting the amount of rice imports allowed to enter the country.

"The issue was whether the status quo actually impedes the importation of rice. Although the position of some is that we are not impeding the importation of rice, the reality was there were maximum volumes allowed, and it was still the NFA dictating how much rice should be imported by the country," the Palace official said.

"With the President's directive, the NFA no longer has any say on how much rice should be imported. Anyone who can afford it and will pay tariffs will be allowed to import rice," he added.

On September 12, Duterte signed Administrative Order (AO) 13 removing non-tariff barriers and streamlining administrative procedures on the importation of agricultural product, after inflation reached a nine-year high of 6.4 percent in August.

Three memoranda were also signed to reduce the gap between farmgate prices and retail prices of agricultural products, ensure the efficient and seamless delivery of imported agriculture and fishery products from the ports to markets, and stabilize the prices of basic agricultural commodities at reasonable levels. (SunStar Philippines)