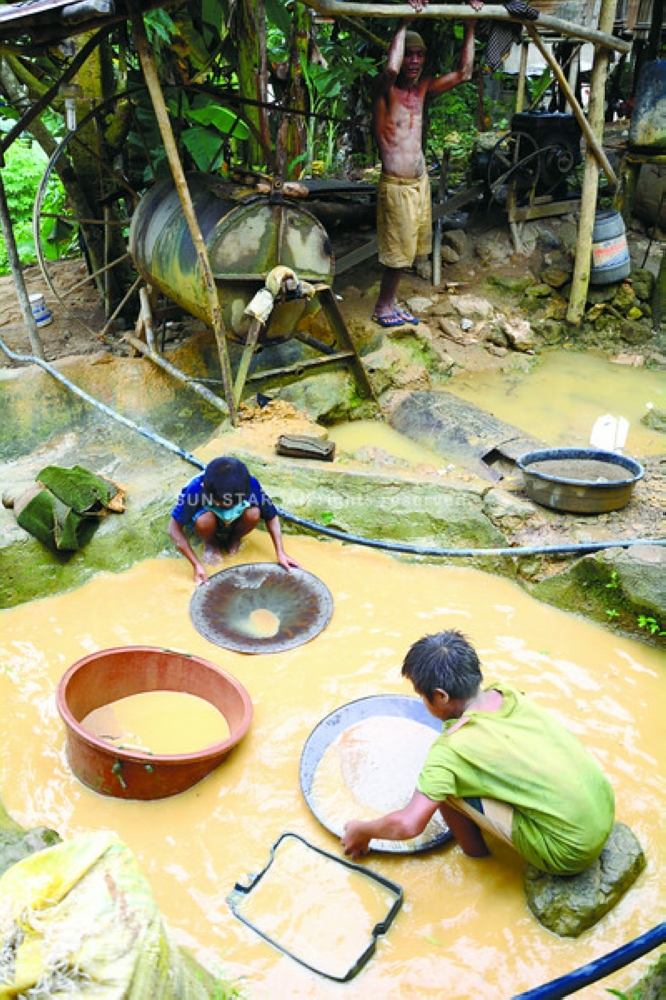 GOLD panners from Itogon are seeking exemption from the order of President Rodrigo Duterte and Department of Environment and Natural Resources (DENR) Secretary Roy Cimatu to shut down all small-scale mining activities in Benguet province and other parts of the Cordillera Administrative Region (CAR).

Following a consultation held at the Itogon Gymnasium on October 7, gold panners submitted an appeal asking the Provincial Mining Regulatory Board and the DENR to define the parameters of the stoppage order and exempt gold panning from the list of small-scale mining activities.

“Gold panning is undoubtedly, our way of life. It puts food on the table and sends our children to school. More importantly, it is not only a mere livelihood but a tradition that is over centuries old,” the petition reads.

The letter described the issuance of the stoppage order as drastic and pointed out that gold panning has existed even before the large-scale mining companies exploited their lands.

DENR-Cordillera regional director Ralph Pablo said the NTFMC is comprised of more than 300 individuals from the agency, Armed Forces and the Philippine National Police and divided into nine teams tasked to stop the mining operations in Itogon, including the personnel of Benguet Electric Cooperative (Beneco) in charge of stopping illegal connection of ball mills.

In one of the ocular inspections of nine barangays of Itogon, it was observed that some adits have been sealed, riprapped and installed with grills.

The regional director cited an ongoing inventory of Oplan Itogon which started on October 1. He also asked for cooperation from the local government unit and the stakeholders in view of the cease and desist order as the process of Minahang Bayan is underway and considering that the mineral extractions are conducted in geohazard areas.

He noted that gold panning entails no drilling, blasting, crushing or grinding by machinery.

Pablo, however, said they will have to wait for Duterte and Cimatu’s decision on the petition.

The association said gold panning is the simplest indigenous method of separating gold particles from the soil or gravel by washing it in a pan with water. It does not require the person to enter the tunnel and dig deep into the ground.

The appellants believe that gold panning should be considered an alternative livelihood.

“Dear Mr. President, you hold our present situation and our children’s future in your hands, we humbly asked that you direct a re-visit of the stoppage order to include an exhaustive definition of its parameters and exclude gold panning from the current non-existent list of prohibited acts," the petition said.