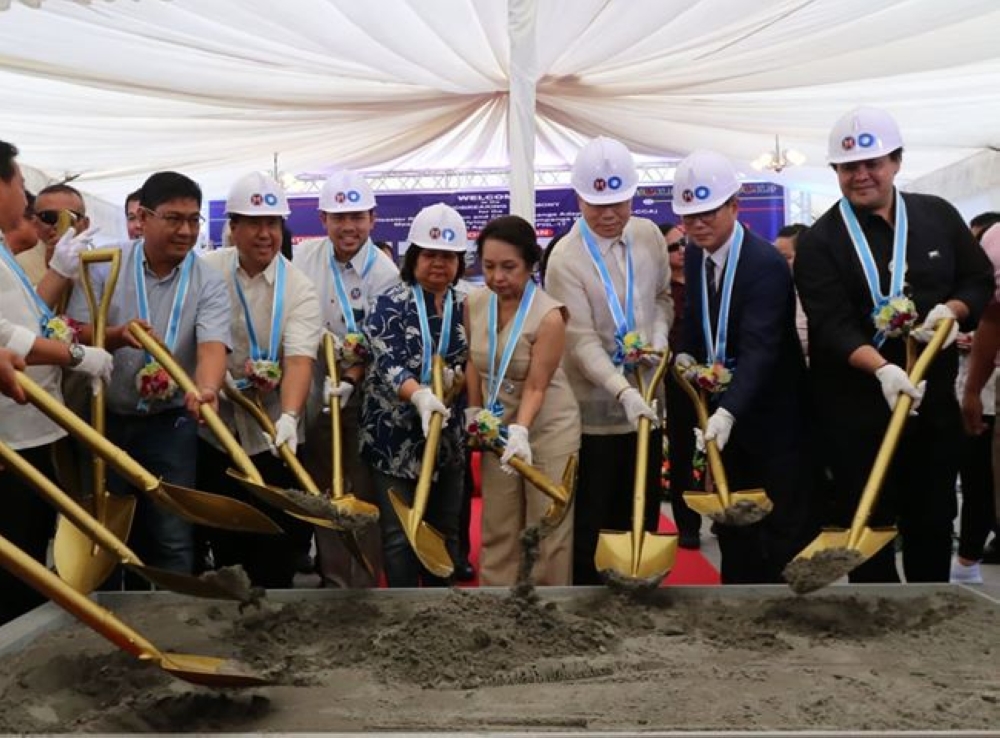 MINALIN -- What has been touted as the biggest and most efficient program to address the perennial flooding problem in Pampanga will finally commence after the Philippine and South Korean governments on Tuesday, October 9, broke ground for the multi-billion peso flood control project.

The project, to be undertaken by Hanjin Heavy Industries and Construction Co., Ltd., has a total cost of P4.776 billion (US$94,338) funded through a South Korean loan amounting to P3.71 billion, and a counterpart from the Philippine national government amounting to P1.1-billion.

Han said that the major flood control project was a product of the excellent and solid bilateral diplomatic relationship between the Philippines and South Korea which started as early as 1949.

He stressed that the South Korean government is in full support of President Rodrigo Duterte’s Build Build Build program which is seen to spur economic growth in the Philippines.

Several measures will also be implemented to improve the flow of water in the 11.40-kilometer Caduang Tete River, and 11.30 kilometer Sapang Maragul River in Macabebe and Masantol towns, while eight sluice gates including that in Sapang Maragul will be constructed or replaced, added Villar.

He further said that two main bridges along the river path namely the 26-meter Saplad David bridge and 20.4-meter Sapang Maragul bridge will be rehabilitated and reconstructed during the implementation of the program.

Villar said that the implementation of the flood-control project will collectively reduce the flood level and flooding duration in the municipalities of Macabebe, Masantol, Minalin, and Sto. Tomas by improving the efficiency of the river channel network in the Third River which include the Easter Branch River, Caduang Tete River and Sapang Maragul River.

“This is a realization of President Rody Duterte’s Build Build Build program that aims to protect life and minimize damages to properties by addressing the perennial flooding problem in Pampanga, leading to the improvement of the residents’ welfare and revival of Central Luzon’s promising economy,” he said.

Villar added that the national government will also provide a decent housing program for at least 100 families residing along the riverbanks which will be affected in the implementation of right of way for the project.

Meanwhile, Governor Lilia Pineda expressed her gratitudeto Han and the South Korean government for their support, both financially and diplomatically, for the realization of the flood control masterplan of Pampanga.

She also acknowledged the efforts of President Duterte, Arroyo, Villar and Pampanga Fourth District Representative Juan Pablo “Rimpy” Bondoc whom she described as “very instrumental” in the crafting, conceptualization and the implementation of the program.

“The government of Pampanga will forever be grateful to all of you for fulfilling our dream. We can now look forward to a flood-free Pampanga very soon all because of you,” she said.