539 mine tunnels closed in Itogon 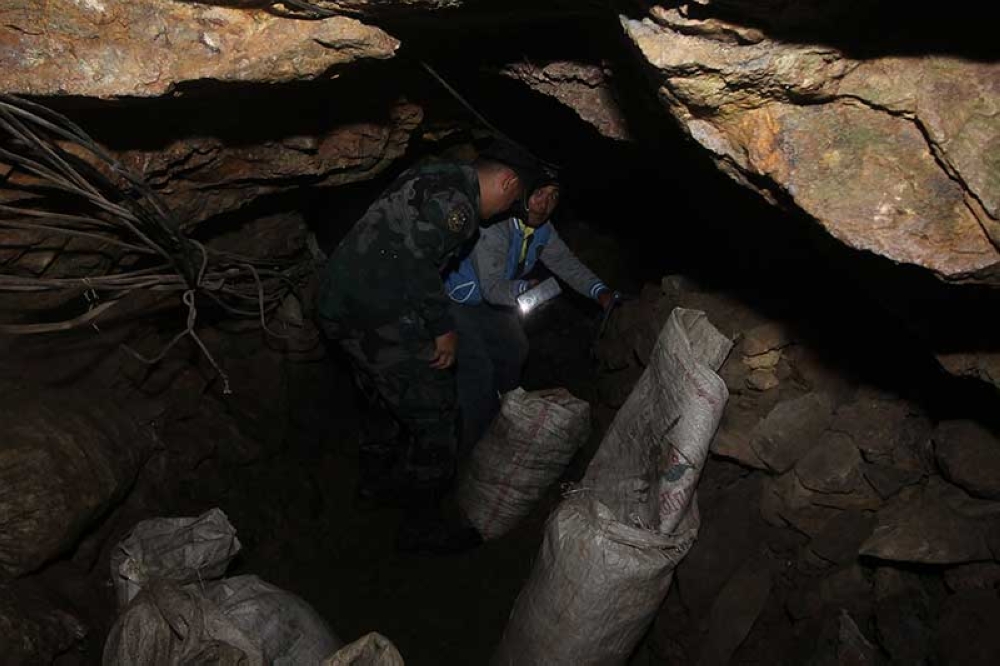 ITOGON. Itogon cops and barangay officials check on a small-scale mining tunnel before closing to prevent miners from entering the adits. (Photo by Jean Nicole Cortes)

THE “Operation Itogon” of the National Task Force Mining Challenge (NTFMC) has already closed 539 tunnels in Itogon town in Benguet after two days.

Ralph Pablo, regional director of the Department of Environment and Natural Resources (DENR)-in the Cordilleras said at least 335 ball mills were cordoned, 33 kilograms of cyanide seized, and 64,214 sacks of estimated mineral ore obtained.

“In our inventory, we have more than 1,000 tunnels in Itogon,” said Pablo.

He added “teams deployed as part of the Operation Itogon have closed active tunnels with signage of mine closure put up and yellow line cordoned in the entry points. This is a different operation as compared to last February, because of the nature of the area which is highly susceptible to landslide, we did not blast any adits,” stated Pablo.

NTFMC, comprised of more than 300 individuals from the environment agency, Armed Forces and the Philippine National Police including the personnel of Benguet Electric Cooperative (Beneco) tasked to stop the mining operations in view of DENR Secretary of Roy Cimatu stoppage order of illegal mining operation in the municipality and the whole Cordillera region.

“There are considerations we have discussed, even blasting, para hindi na bumalik, but the problem is because of the geo-hazard situation, the integrity of the land already destroyed, we are trying to consider what is the best possible way,” Fragada said.

Engineer Melchor Licoben of Beneco said their teams were able to record at least 366 illegal or flying connections.

On October 7, 212 were discovered which comprised of 122 ball mills and 90 adits. This was followed by 105 disconnected portals and 49 ball mills on October 8.

“Kung minsan may nag-apply sasabihin ang susuplayan ng metro na ito iyong bahay ko, but over the years or in the process, nagpalit siya, in this particular case, iyong portal or ball mill. It was not part of the original connection kaya ang term namin flying connection,” Licoben stated.

The suspects posted bail and was released after the vice-executive Judge signed the release order and reduce their bail to P16,000 each.

Another apprehension was recorded with three arrested suspects namely, Daniel Naboye, 22, Ricky Pangaten 28, Adam Ngolab,20 all miners and residents of Tram Ucab. (With a report from Jonathan Llanes)