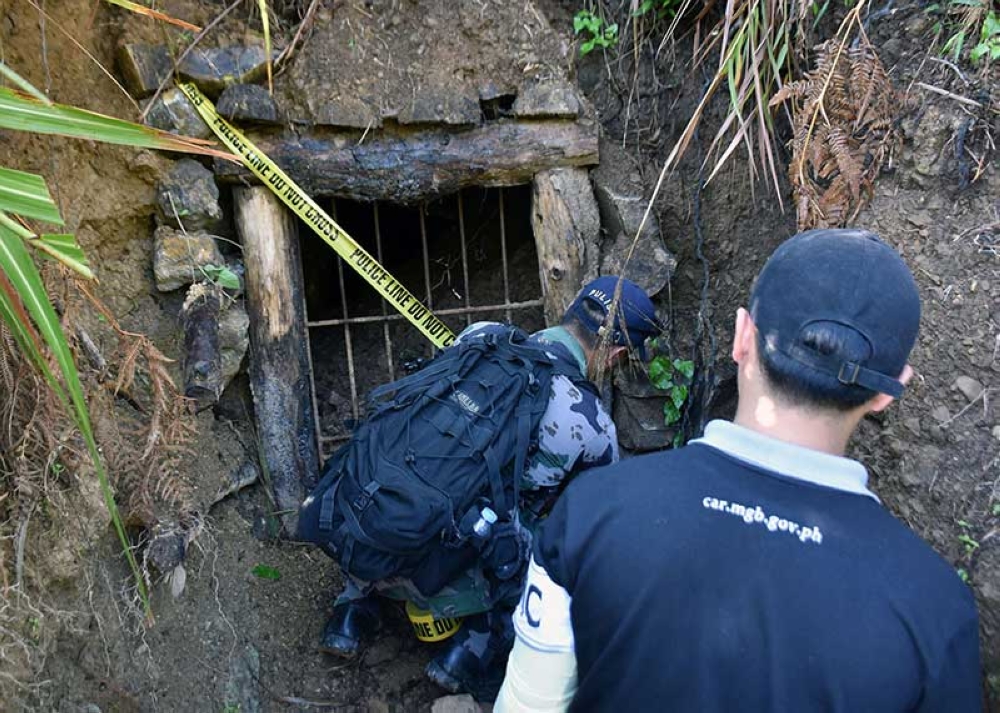 BENGUET. The National Task Force – Mining Challenge – Operation Itogon continue to implement the stoppage order for all small-scale mining activities particularly closing mine tunnels and processing areas in the municipality of Itogon and reminding residents not to engage in small scale activities. (Photo by Redjie Melvic Cawis)

On October 10, the joint meeting of CDRRMC, barangay officials, municipal DRRMC, the Regional Development Council said the resolution is in support to the plight of miners to process extracted ores within three weeks.

Marlo Iringan, regional director of the Department of the Interior and Local Government, moved the recommendation during CDRRMC meeting to let miners process ores so long as there is no other extraction and it will be processed in a safe area.

Benguet Governor Crescencio Pacalso cited the small-scale miners not wanting to go back to their original residences as they are waiting for the gold to be processed.

Pacalso added the Provincial Mining and Regulatory Board is seeking a clearance or special permit from the secretary at least one week or two week for the ore processing.

Itogon Mayor Victorio Palangdan also supports the move citing the small-scale miners are still on standby in the hopes to process their production.

The resolution will be forwarded to the National Disaster Risk Reduction and Management Council.

Palangdan conveyed that the stoppage of mining operation has caused a big problem as 90 percent of the people depend on mining.

“I am appealing to this body. The Municipal Council, association of barangay captain’s crafted resolution asking the National Task Force Mining Challenge (NTFMC) na dapat iyong gold panning exempted and the extracted ores be allowed to be processed,” he added.