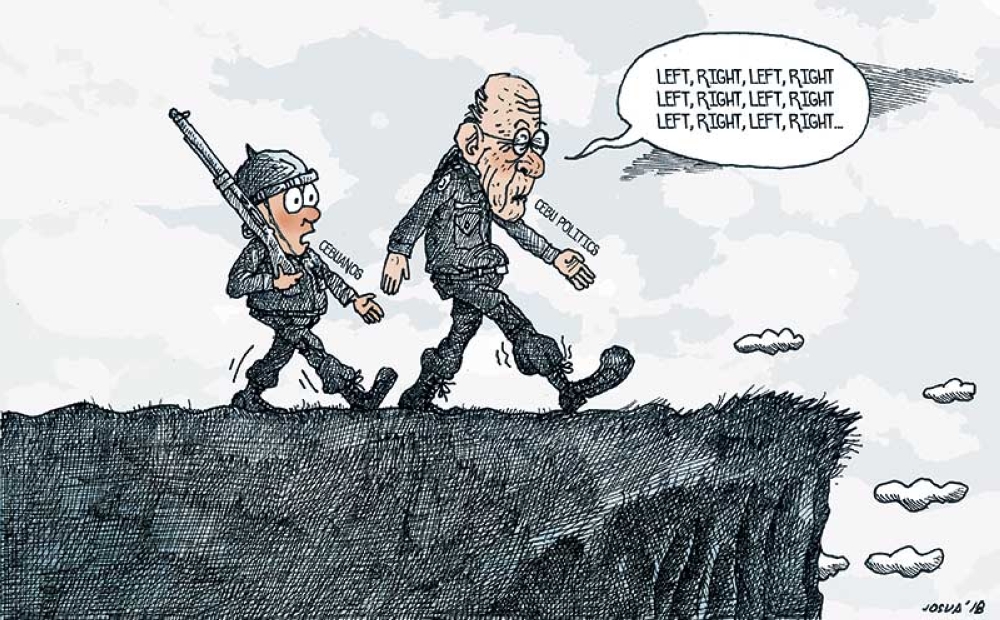 NEXT year’s midterm polls offer Cebuanos another opportunity to produce new politicians with the potentials not only of becoming exceptional leaders in their jurisdictions but also of gaining the respect of a national constituency. Cebu had, at certain stages in our history, produced such leaders. There’s a dearth of them in the past few decades, though.

Incidentally, the “golden years” of Cebu politics, or those periods when Cebuano leaders caught the attention of the country and succeeded in jumping to governance at the national level, happened after critical stages of our history—the first one under the tutelage of our American colonizers before World War II, the second one after the war and the third one after the 1986 Edsa uprising.

Cebu’s “grand old man,” Sergio Osmeña Sr.,rose to national prominence under the colonial rule of the United States. Former Cebu governor Emilio “Lito” Osmeña led a pack of Cebuano politicians who rose to prominence after the Marcos dictatorship was toppled in 1986—so much so that he and another Cebuano, former Supreme Court chief justice Marcelo Fernan, were in consideration as candidates for either president or vice president.

When the “Old Guards” began fading from the scene, however, Cebu politics failed to produce what can be termed as second liners. There are a number of reasons, for that, including a relapse to old political practices of patronage and the creation of political dynasties. As a result, many of the big names at the national level are those from the other regions, including Mindanao.

In the current House, only Rep. Gwendolyn Garcia showed promise by snagging the post of deputy speaker. The other Cebu lawmakers weren’t noticed. By the way, no one from Cebu is in the current batch of senators and no Cebu leader has been mentioned as potential senatorial bet in 2019, except for the lobby by some sectors for former senator Sergio Osmeña III to make another bid for the Senate.

The hope is that younger leaders with potentials will surface in 2019 and help usher in a new “golden age” for Cebu politics. Or are we hoping in vain?