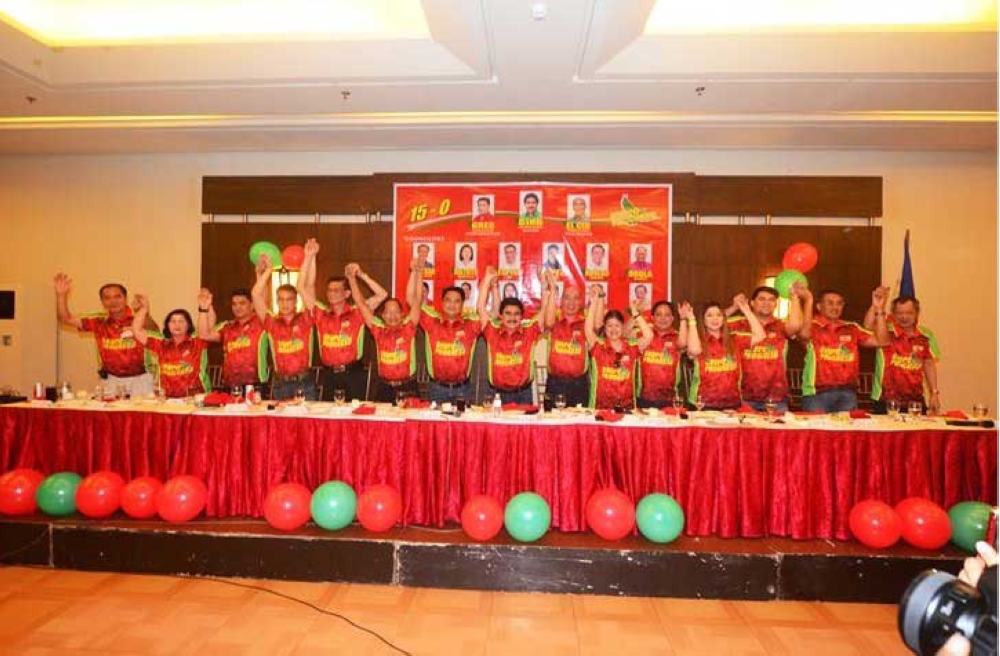 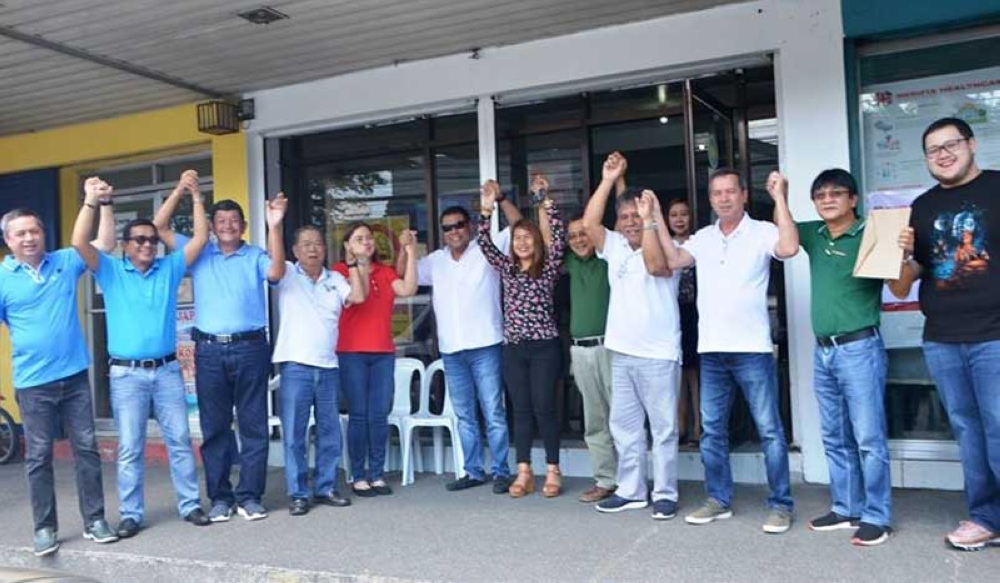 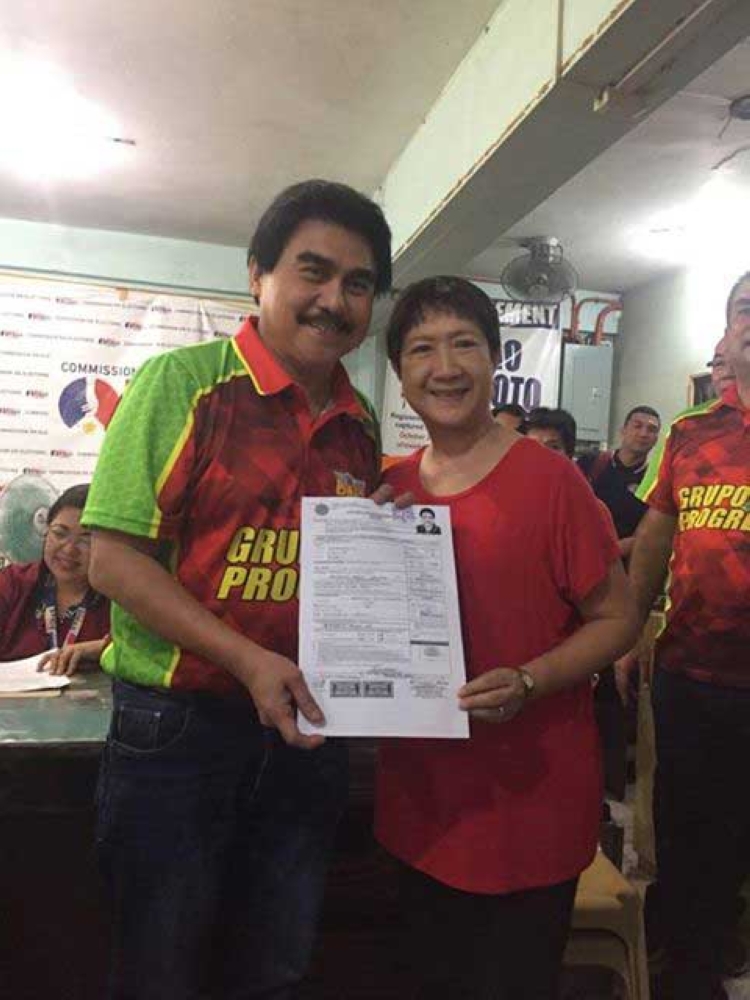 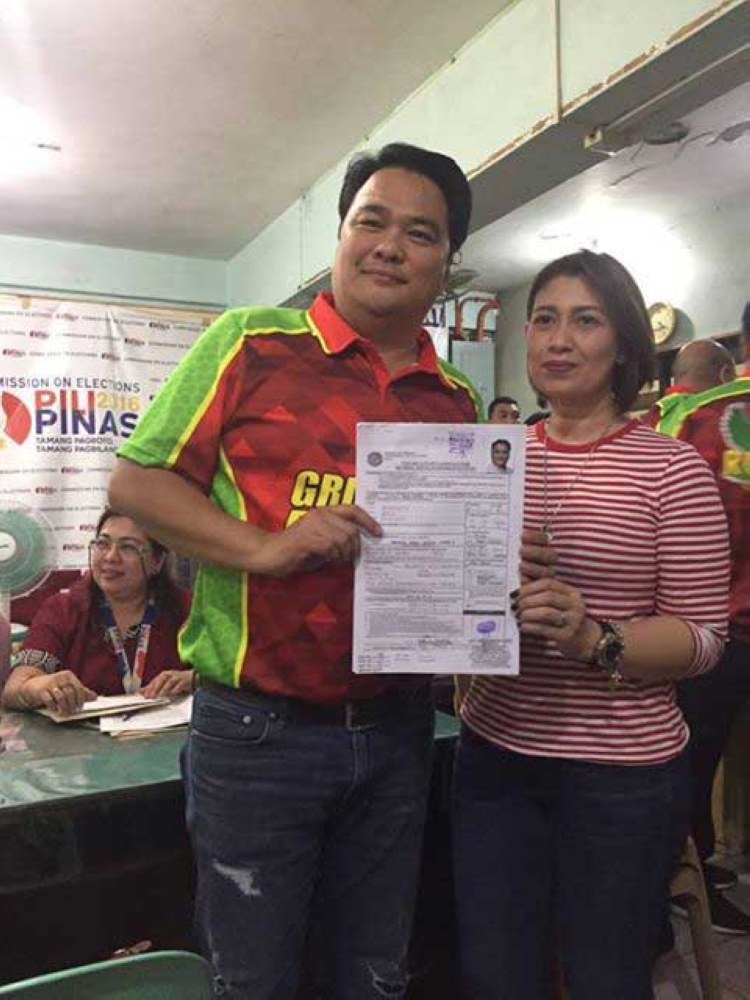 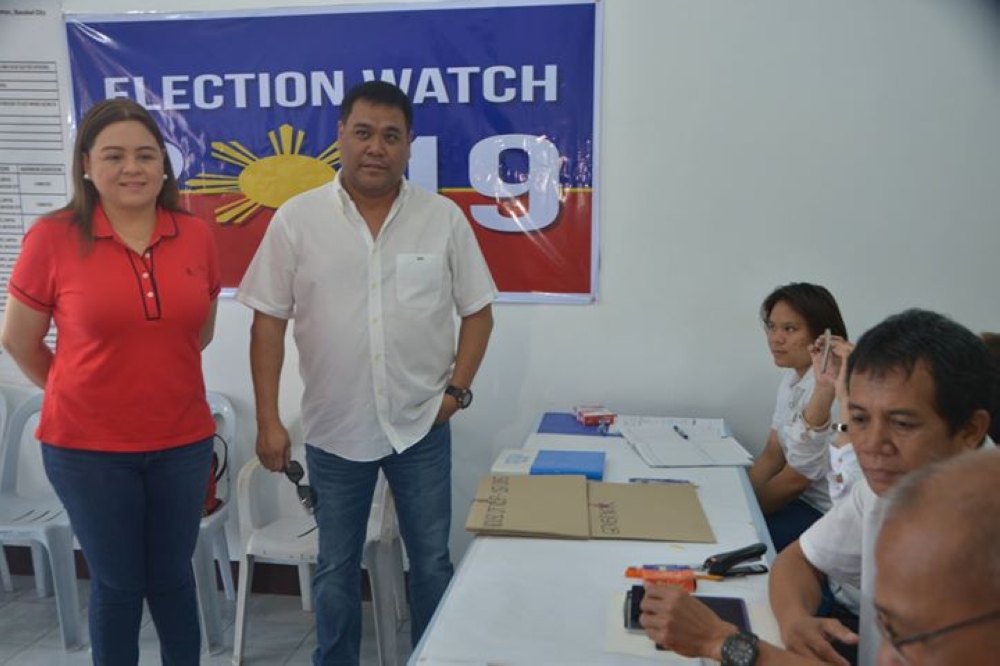 LOCAL leaders trooped to the Commission on Elections (Comelec) offices here as the first day of filing of the certificates of candidacy (COCs) kicked off Thursday.

Alvarez, who was the first to file his COC at the provincial poll office at 10 a.m., is seeking the congressional seat in the Sixth District as his daughter, Deputy House Speaker Mercedes Alvarez, will end her term in 2019.

Alvarez said it has been his practice to be the first to file his COC for the elections since he entered politics.

He was accompanied by his daughter and Vice Governor Eugenio Jose Lacson, a gubernatorial bet, at the Comelec provincial office when he filed his COC.

Alvarez said he will make his daughter his chief of staff to assist him in pursuing more projects and some legislation in Congress.

”If not an extension of a regional hospital, maybe we can have a district hospital at the compound of the Central Philippine State University (CPSU),” he said.

"It's has been my dream to have a hospital to cater to the medical and health needs of our constituents," Alvarez said.

Alvarez also said they plan to implement road constructions on barangay roads in the district by converting them into provincial roads.

He also said he has been implementing the project “from womb to tomb” during his previous term as congressman of the Sixth District.

Rep. Alvarez, for her part, said she will temporarily retire from politics with pride as the first congressman from Negros to be Deputy Speaker of the House of Representatives.

Some of her legacies, she said, is the CPSU that became a university and her legislation that is now a law, which is the act authorizing the office of city/municipal civil registrar or consul general to correct clerical or typographical errors in a person’s birth records without a court order.

Also, an early bird filer was Ferrer, who is seeking re-election.

The former solon, for his part, said he will file his COC for vice governor on October 16 along with Lacson who will run for governor along with the merged slate of the Unega and Love Negros for members of the provincial board and congressman.

In Bacolod City, 14 local candidates filed their COCs on Thursday. Among them were members of Grupo Progreso (GP) led by Leonardia and Gasataya.

Bacolod election registrar Mavil Majarucon-Sia said on Thursday two candidates filed for congressman including Gasataya and Dr. Jan Kevin Moises of Barangay Estefania; one for mayor, Leonardia, and 11 for councilors.

Both David and Arroyo are independent candidates while the others belong to Leonardia’s group.

Before they filed their COCs, the GP led by Leonardia and Gasataya presented their complete slate in a press conference held at the Business Inn Hotel.

They also attended a mass at the San Sebastian Cathedral on Thursday afternoon.

At least 10,000 of their supporters, who wore red t-shirts, joined the mass and marched towards the Bacolod Arts and Youth Sports (Bays) Center for a short program then they went to the Comelec office.

Reelectionist Vice Mayor El Cid Familiaran wasn’t able to file his COC due to incomplete documents along with the four other candidates for councilor including incumbent Councilors Bartolome Orola and Ana Marie Palermo, and former councilor Archie Baribar.

Familiaran said there’s a problem with their Certificate of Nomination and Acceptance (Cona) so they will file their COC on October 15.

Leonardia said they decided to file their COC early because, on October 15, Gasataya will travel to Switzerland.

“So we discussed it and it was decided to file it October 11, the first day of filing, for the purposes of team play which is a testimony that we can work as a team,” he said.

The mayor noted it’s also an advantage that they filed their COCs early so their other members could correct their documents.

“It’s not a problem at all and they still have enough time to file their COCs,” Leonardia said.

Leonardia admitted that in the previous elections, they don’t have enough candidates for their slate, but now several individuals aired their intention to join their team, however, they only need 12 candidates for councilors.

“It is a product of consensus because it’s our basic rule that those who will be part of the group will be totally accepted by everybody but at the same time, we considered the competence, integrity and performance records of the prospective candidates,” Leonardia said.

He said this is a blockbuster team, a solid, committed and the chemistry and the relationship are very tight and very high.

“We are really serious about 15-0 victory in 2019 elections. The 15-0 is not just a matter of personal victories of these individuals, but it is more of a moral-political victory that we believe can transform into a golden age of politics in Bacolod,” he added.

Leonardia pointed out that his team has good records, can decide on their own and they always tried to be transparent because they believe in accountability.

Lopez, a former councilor, said he joined the GP because of his good relationship with the group.

“Hopefully, Bacolodnons will give me another chance to deliver the good services for the people of Bacolod,” he said.

Distrito, mother of Councilor Caesar Distrito and an incumbent village council member of Barangay Singcang-Airport, said she’s happy to be part of GP and she’s very thankful to the group.

“I’m thankful to my family and the people of Barangay Singcang-Airport for their support and I will continue the programs and projects of my son, Councilor Distrito,” she said.

Baribar and Espino, both former councilors, said GP is a very strong slate which composed of lawyers, engineers, businessmen among others that can deliver the services for the people of Bacolod.

Solidum and Salanga, who didn’t make it in the previous elections, were upbeat “because it’s a powerhouse team, a blockbuster and they are happy with the GP and motivated to do their best.”

Rojas, Palermo, Sy, Novero, Ramos also said that they are still willing to serve the people of Bacolod and to continue their programs and projects for the development of Bacolod.

Meanwhile, Majarucon-Sia said the first day of filing was very peaceful with no untoward incidents reported.

She said the Bacolod City Police Office (BCPO) also deployed six personnel at Comelec office to control the crowd or supporters of the candidates.

She added the candidates should file their COC early so they will have enough time to correct their documents.

Majarucon-Sia noted that if the candidates are nominated by any political party, they [candidates] should have a Cona.

Otherwise, they will be considered independent.

She said the candidates should submit the Cona certificate and COC which was duly notarized with documentary stamps and passport size picture.

Majarucon-Sia reminded the candidates to double check their Cona if it is for 2019 elections and if they cannot file it personally, their representatives should have an authority to file which was also duly notarized.

In Talisay City, Lizares led his group, Partido Kusog Talisayson @ Asenso, in the filing of their COCs on Thursday.

One of their candidates for councilor who was already included in the line-up, Zenia Astorga, has apparently backed out from the group and opted to file her COC for vice mayor to challenge Siote.

Siote, for his part hand, accepted the challenge.

They vowed to continue serving the people of Talisay with all their best.(with reports from Carla N. Cañet)