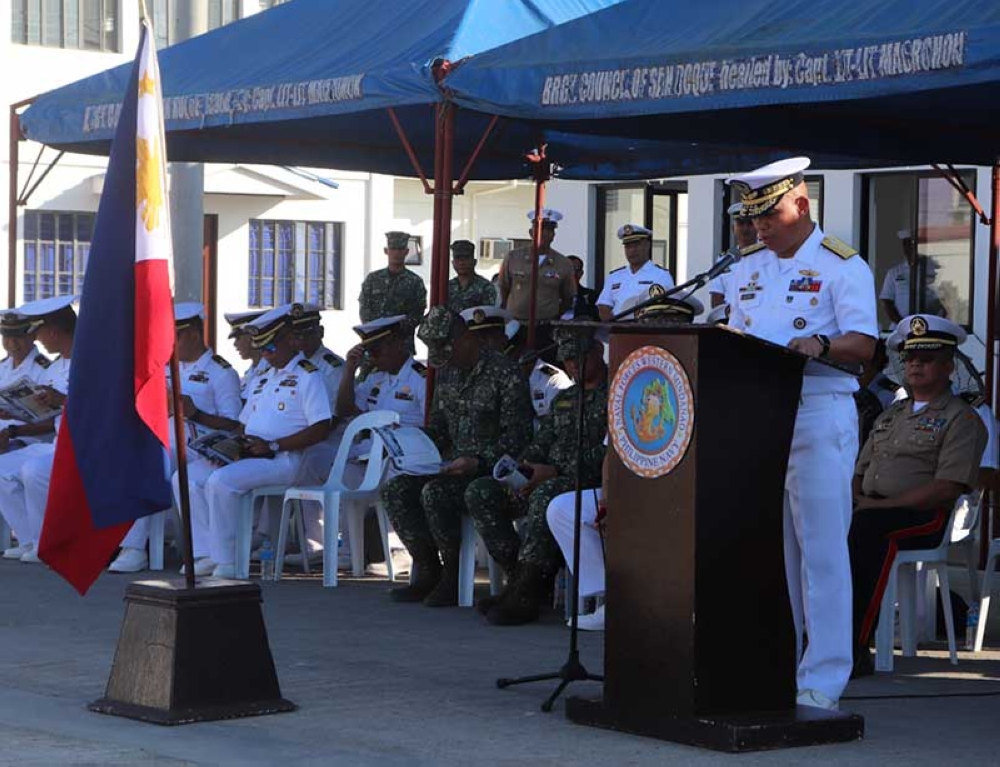 THE Philippine Navy through the Naval Forces Western Mindanao (NFWM) has activated Naval Station Rio Hondo as part of the ongoing capability upgrade and modernization.

The new base, which was activated on Tuesday, October 9, is located in Rio Hondo village, where the hundreds of Moro National Liberation Front (MNLF) members landed during the 2013 siege.

Medina said the Naval Station Rio Hondo was built to stand guard to this city after the infamous Zamboanga City siege in September 2013.

“This project came as a result of this city’s efforts to maintain peace and security following the siege where hundreds of MNLF members came into the city and infiltrated several coastal villages in the attempt to hoist their flag in City Hall,” Medina said.

He said the new naval station will make a difference in addressing the security and order of Zamboanga City “for this will serve as a Fleet-Marine force projection on the South Eastern coastline of Zamboanga City.”

“This is our home and we have an obligation to ensure that never again will it succumb to those who are trying to assert the greed and malice in our place. Let this activation sow the seeds of peace and prosperity in our beloved city as it brings back the confidence of the people and ensuring that your Navy and AFP (Armed Forces of the Philippines) as a whole would always be in the forefront to warrant their safety and well-being,” he said.

Mayor Maria Isabelle Climaco-Salazar said the activation of Naval Station Rio Hondo was dedicated to the memory of the troops, who fought and offered their lives in defense to Zamboanga City during the September 2013 Zamboanga siege.

“Aligned with the Zamboanga City Road map to recovery and reconstruction, the Naval Station Rio Hondo shall play a very important and critical role in restoring and preserving the peace in the barangays and our beloved City. This Naval Station shall bring light to our people that they could redeem the lives that they lost during the siege and the livelihood that they had built before,” said Rear Admiral Rommel Jude Ong, vice commander of the Philippine Navy.