FOR the Negrosanons, the merger was already a part of the semi-feudal society started by the Old Rich.

The “hacendados” at the turn of the 20th century would always arrange in marriage their sons and daughters for the merging of the “buena familias.”

That is a socio-economic-cultural coupling for one simple reason... the wealth of the family of the “hacendados” will not go to other families lower than their status.

This is abnormal and funny to some but acceptable to some. Many instances in this kind of marriage resulted in some aberrant children.

In business, Negrense tycoons would merge for good. Before Martial Law, the merger of sugarcane planters resulted in the successful founding of the Sugar Producers’ Cooperative Marketing Association (SPCMA).

Personally, I experienced the excellent management of its chairman, German Unson. In politics, there is merging and the merging of the parties or a group does not happen without a reason.

The advocates of political merging believe that this could be for the good of the province because political rivalries could be eliminated, family feuds could be toned down and bloody encounters could be avoided.

In this political alignment, expenses could be curved down.

The anti-merging group believes that political merging kills the opportunity of the voters to elect the officials that they would want to run the local government units.

Political candidates who do not belong to the magic slate are sweetly eliminated. Many believed that this is a masterstroke of an astute brain.

If the candidates belonging to the merging slate win, it is perceived that someone with a magic wand can just orchestrate a symphony for the province for the good only of the privileged few... politicians in business, businessmen in politics or a combination of those. This will possibly create a new breed of politicians with horns.

The disciples of “merger theory” believe also that by doing this in Negros, we might be able to hone leaders who can someday catapult themselves to Senate and may even become the first Negrosanon president.

Antique has Loren Legarda, Iloilo has Franklin Drilon. Our beloved Negros has yet to come up with one.

The top mergers are there already.

Some towns and cities are learning to follow the steps. Some candidates and their followers are more daring. They want a real political skirmish.

Many electorates are vocal in saying, “As long as politics is run by hunters, lions will never be glorified.”

This is Negros! Who are the hunters? Who are the lions? Let us be a part of real politics. Don’t be a mouse! 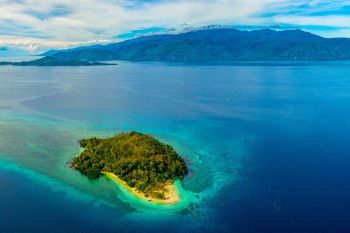