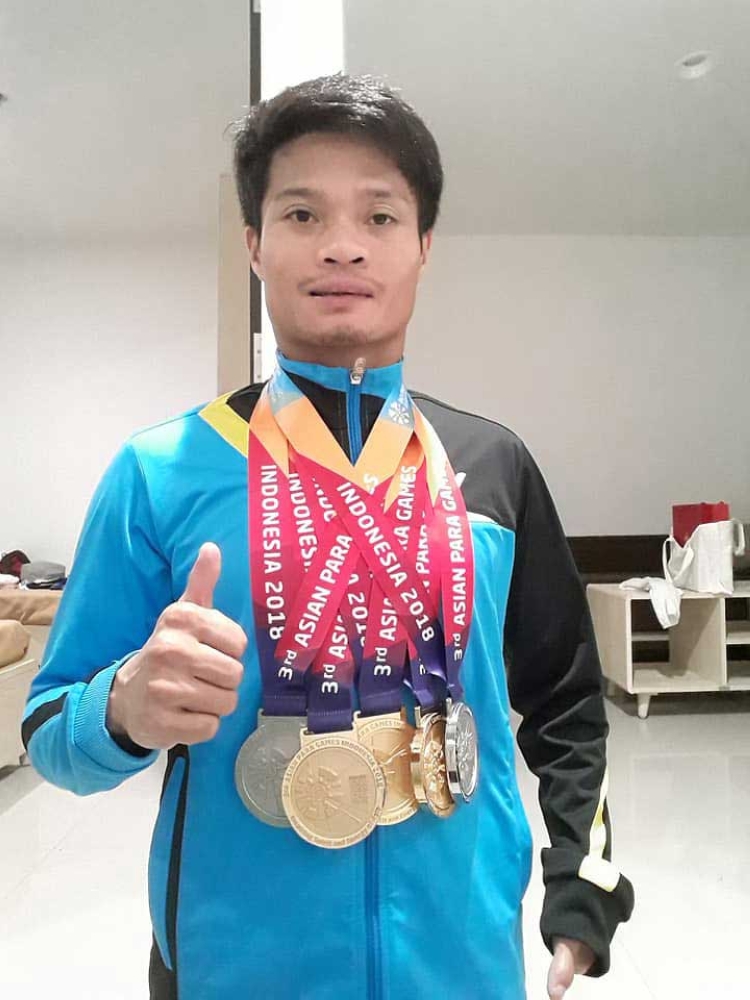 DABAWENYO paralympian Ernie Gawilan made quite a show at the Gelora Bung Karno Aquatics Stadium in Jakarta, Indonesia after he smashed the Asian Para Games record in men's 400-meter freestyle S7 event on top of winning a total of three gold medals and two silvers in the ongoing 2018 edition.

The 27-year-old Gawilan, who hails from Paquibato District in Davao City, erased the previous record of five minutes and 10.18 seconds with his own 4:51.

He also clinched the gold medal while Chinese Taipei's Chen Liang-Da (5:22.93) got the silver and South Koraea's Jeon Ga-Eul (5:24.57) salvaged the bronze.

He went on thanking coaches Ral Rosario, Tony Ong, Majonie Palumbarit and Mark Jude Corpuz. He also thanked the NPC Philippines, Philspada, Toyota Philippines and Toyota International, Our Ladey of Victory training cener, Philippine Sports Institute and Philippine Sports Commission for their "full support", Speedo Philippines, Trinspire, medical team and his teammates for praying for him and for everyone who prayed for all the Para Games athletes.

With the Republic Act 10699 that expands the coverage of incentives granted to national athletes and coaches, Gawilan is set to receive P1 million each for his three golds and P500,000 apiece for each of his two silvers. Thus, Gawilan will claim a whopping P4 million total cash incentives from the national government through the PSC.