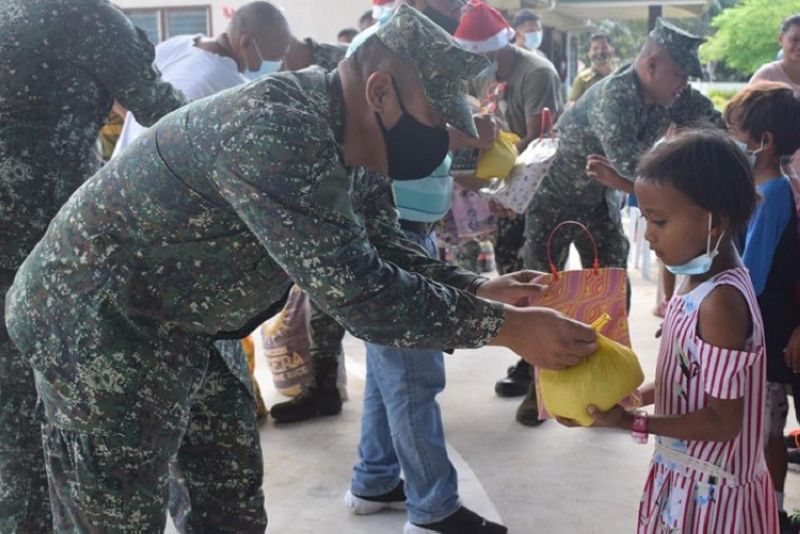 VICTORIAS CITY. The iconic ancestral house of the Palanca and Bantug families in Victorias City was razed by fire Sunday. (Carla Cañet)

THE different units under the Western Mindanao Command (Westmincom) separately held gift-giving and outreach programs in partnership with concerned stakeholders, sharing the blessings of Christmas.

Rojas said the activity was to give joy and happiness to less fortunate children and “for them to feel the spirit of Christmas with the Marines.”

He said the activity was successfully held with the support of some individuals who provided toys, bags, slippers and food for the children.

Lieutenant Colonel Jo-ar Herrera, commander of the 53IB, said beneficiaries of the gift-giving were the militiamen in patrol bases in the hinterland towns of Lakewood, Tigbao, Kumalarang, Dumalinao and San Miguel.

Matias said the activity was aimed to promote the essence of sharing and giving despite the differences in cultures and beliefs.

He said it is also to give joy and happiness to every family especially during these trying times of the coronavirus disease 2019 (Covid-19) pandemic.

The Army’s 42nd Infantry “Tagapagtanggol” Battalion conducted a two-day house-to-house gift-giving activity from December 22 to 23 in the province of Zamboanga del Norte.

Lieutenant Colonel Leon Onggao, 42IB commander, said the beneficiaries of the gift-giving were residents of Mamad and Catuyan villages in the towns of Baliguian and Sirawai, respectively.

Onggao said the gift-giving is a tradition that will always be a significant part of celebrating Christmas and the activity "highlights the Bayanihan efforts of ‘Tagapagtanggol’ troopers to the public.” (SunStar Zamboanga)