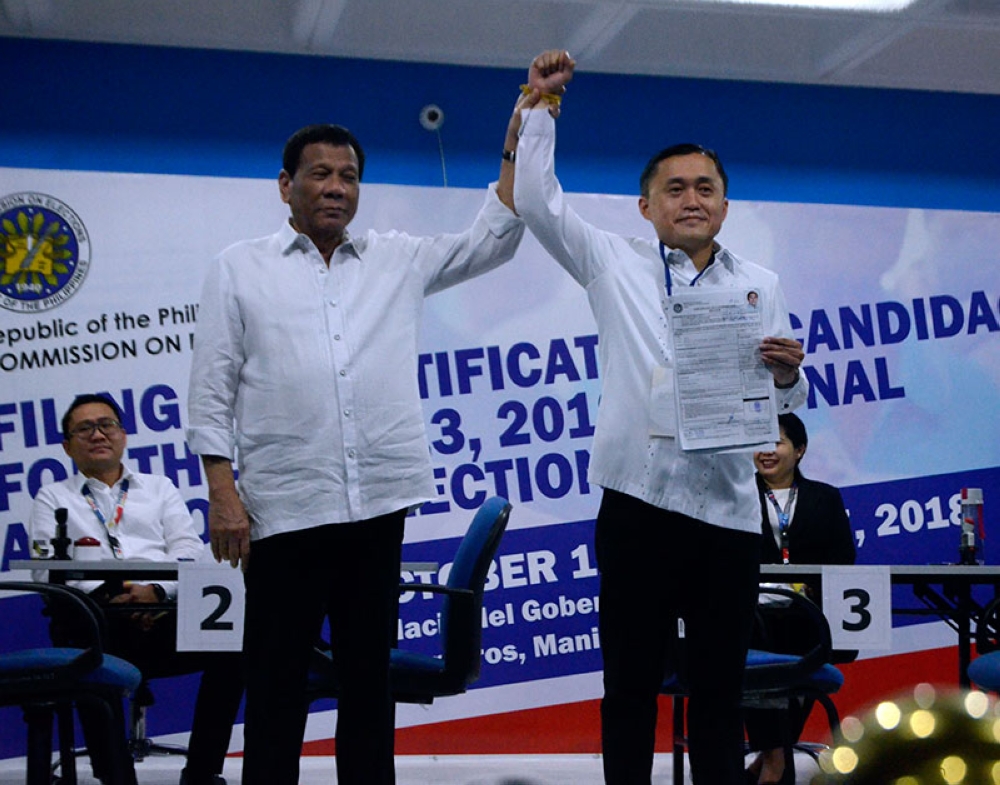 MANILA. President Rodrigo Duterte raises the right hand of his most trusted aide, Christopher Lawrence Go, after the latter filed his certificate of candidacy for the 2019 senatorial race on October 15, 2018. (Photo by Alfonso Padilla) 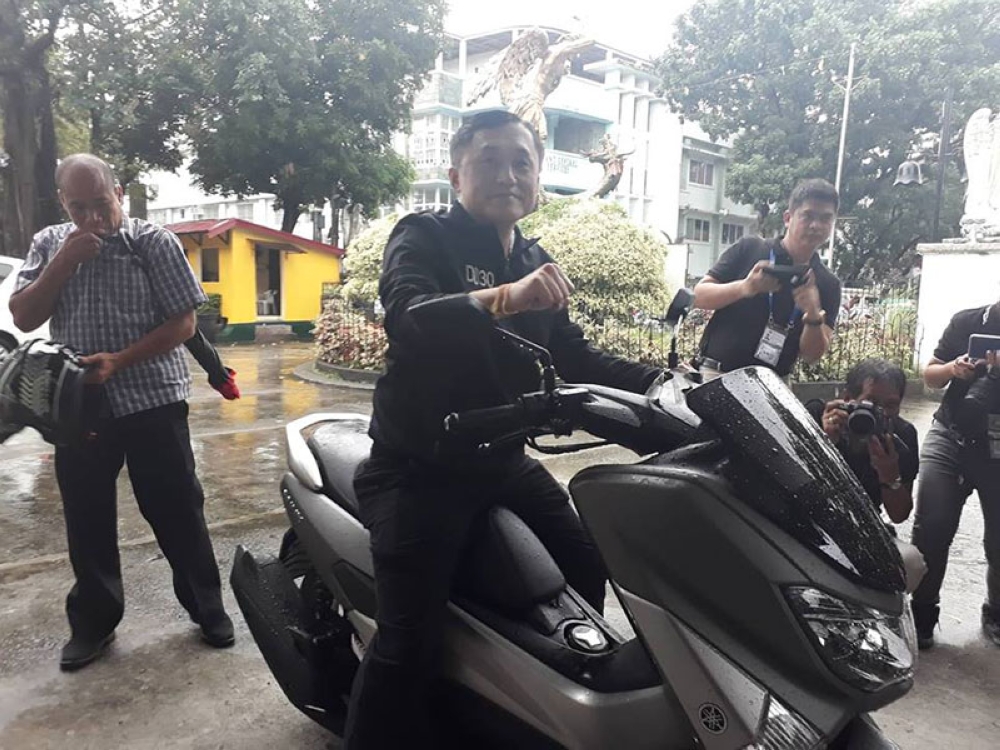 MANILA. Special Assistant to the President Christopher Lawrence Go arrives at the San Miguel Church in Malacañang compound on October 15, 2018 to ask for God's guidance shortly before he filed his COC. (Photo by Ruth Abbey Gita) 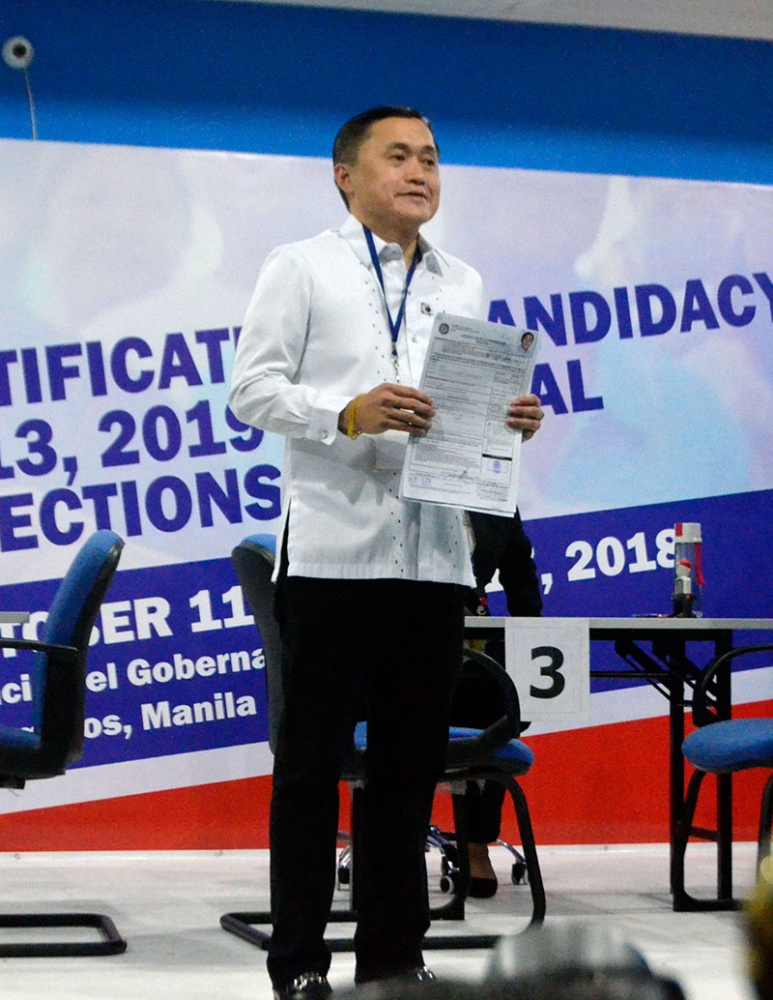 MANILA. Special Assistant to the President Christopher Lawrence Go poses with his certificate of candidacy at the Commission on Elections office in Intramuros, Manila on October 15, 2018. (Photo by Alfonso Padilla)

MONTHS after playing coy, Special Assistant to the Presidemt Christopher Lawrence Go on Monday, October 15, filed his certificate of candidacy (COC) for the 2019 senatorial race.

President Rodrigo Duterte accompanied his most trusted aide to the Commission on Elections (Comelec) head office in Intramuros, Manila as the latter filed his COC.

Go is running under the banner of the ruling Partido Demokratiko Pilipino - Lakas ng Bayan (PDP-Laban).

On Sunday night, Duterte playfully referred to Go as "Senator Go" in his speech during the launching of "Prosper Thy Neighbor", a book by former President Fidel V. Ramos.

Go confirmed that he would seek a Senate seat about two hours before he went to the Comelec office.

Amid a thunderstorm, Go went to San Miguel Church in Malacañang compound to ask for God's guidance.

Go said he had a talk with the President before he filed his COC.

After he filed his COC, Go told reporters that he aims to emulate the President in his aim to serve the people.

In particular, Go said he will look to enhance the fight against corruption, against crime and criminality, and against illegal drugs.

“I believe there is a need for Tapang at Malasakit in the Senate,” said Go, referring to the campaign slogan of Duterte in the 2016 presidential race.

He also said he would focus on improving medical services and supporting the Duterte government's advocacies.

Go admitted that he is a neophyte political candidate, but he was optimistic that he would earn the public's support.

(It's a challenge to be a candidate, especially since I'm a neophyte. I will be pitted against seasoned senators and politicians. Anyway, there are 12 seats. Let the Filipinos decide on electing those who they think can help them.)

(I'm praying. Who among the candidates are not interested to win? I merely want to continue serving the public and continue the changes made by President Duterte.)

Early this year, Duterte revealed in his impromptu speeches that his closest aide planned to run for senator.

Go is considered as Duterte's most trusted aide, having served as the long-time executive assistant of the then-Davao City mayor.

Senator Aquilino Pimentel III on October 11 said Go is included in the senatorial slate of the ruling PDP-Laban.