Yeng all set for political comeback 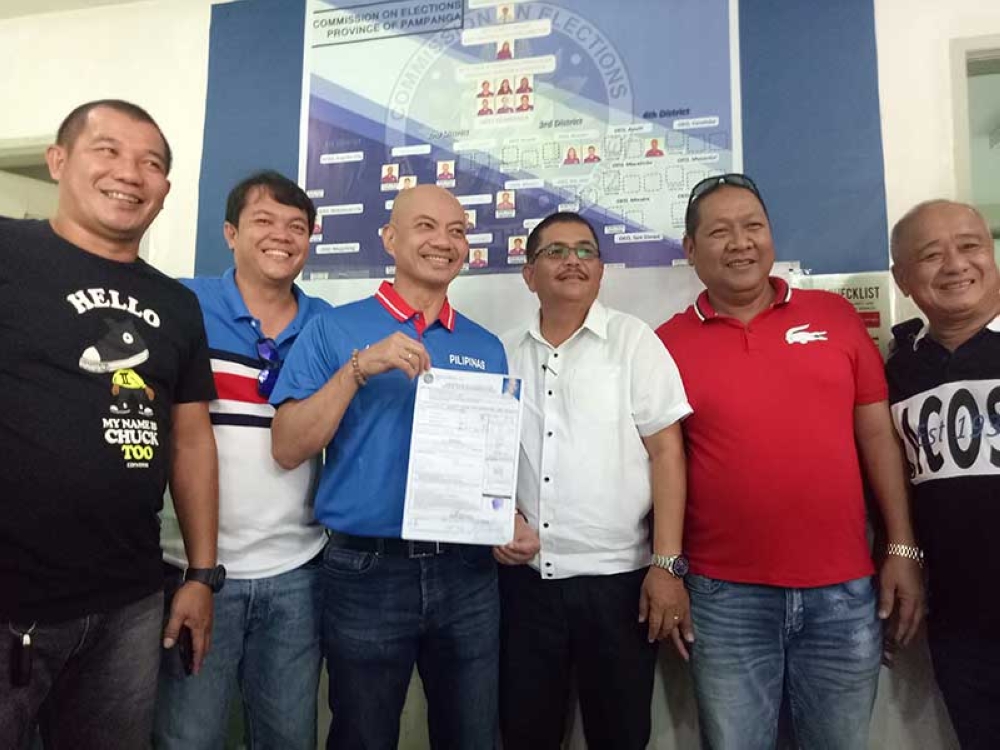 FORMER Pampanga Vice-Governor Joseller “Yeng” Guiao is all set for a political comeback as he filed his certificate of candidacy Monday, October 15, at the Commission on Elections (Comelec) in the City of San Fernando.

He is no stranger to politics, having served as a board member and three-term vice-governor of Pampanga. He held the same congressional seat in 2013.

During his time as vice-governor, Guiao had been a vocal advocate of transparent and streamlined revenue collection in Pampanga’s quarry industry.

Popularly known as “Coach Yeng”, he said that he will brace for his campaign in 2019 despite his double-duty as Team Pilipinas and NLEX coach.

In an interview with Sun.Star Pampanga, Guiao said that he is running under the Kapanalig at Kambilan Ning Memalen Pampanga (Kambilan) party. He added that his legislative platform will be centered on healthcare, education and other basic social services.

“We are looking at more health care security for the people of the district as well as more access to education,” Guiao added, stressing that the district, now more than ever, needs more basic services.

He said his love for sports will also be reflected in his programs as he will push for youth development under sports.

Guiao added that he will follow up on his resolution in the House of Representatives, still pending at the Supreme Court, asking the Philippine Amusement and Gaming Corporation to remit the proper fund for the Philippine Sports Commission.

Guiao said that the Philippine Amusement and Gaming Corporation only remitted some 2.5 percent since the time of President Ramos. He added that the funds could very well benefit the sporting community and development of players and athletes in the country.

“The people of the first district are intelligent. There will a comparison now of what they experienced in terms of administration,” Guiao said.