NFA-NegOcc to start buying palay at P20.70 per kilo 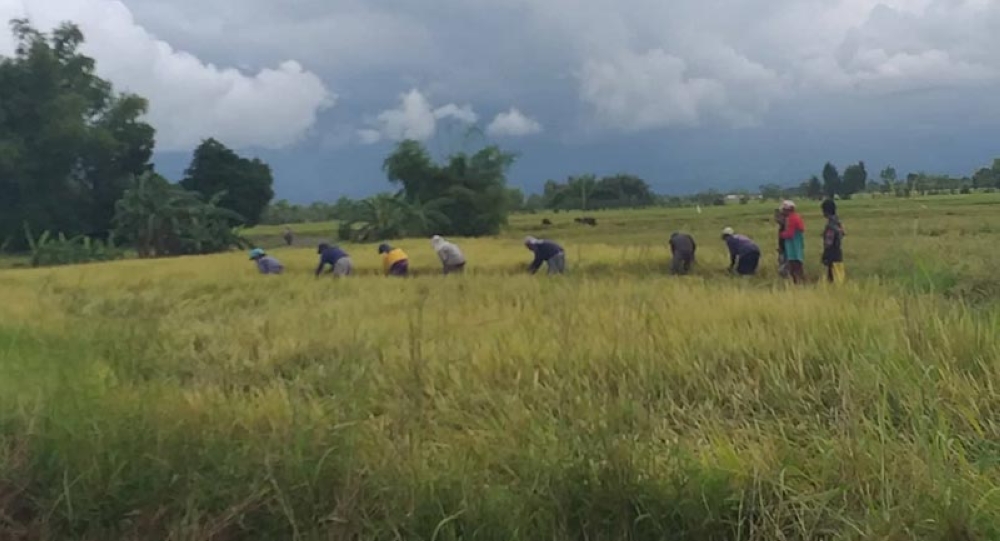 THE National Food Authority (NFA) in Negros Occidental will soon start buying palay (unhusked rice) from farmers in the province at a higher price of P20.70 per kilogram (kg) once the additional incentive of P3.00/kg takes effect, its top official said.

Frisco Canoy, provincial manager of NFA-Negros Occidental, on Monday, October 15, told SunStar Bacolod that they are just waiting for the launching of the new procurement program in Western Visayas scheduled on October 19.

The program approved by the NFA Council last week was first launched in San Jose, Occidental Mindoro on October 12.

Under which, the agency will provide an additional P3.00/kg Buffer Stocking Incentive (BSI) on top of other existing incentives of P0.70 and basic buying price of palay at P17/kg.

“Even prior to the scheduled launching, we are already open to farmers and associations interested to sell their palay to us,” he said, adding that NFA-Negros Occidental can now start classifying whether their palay is already clean and dry, receive documentary requirements, and even arrange delivery schedules.

The government, through the new procurement program, is upbeat to buy more palay from local farmers thereby increasing its buffer stocks and ensuring food security in the country.

Canoy said this is also in response to the clamor of farmers to increase the P17/kg buying price of palay, which has been implemented for about 10 years already, amid the increasing production cost.

He said that average production cost in the Philippines is pegged at P12/kg, higher than P8.00/kg in other countries like Vietnam and Thailand.

So with P20.70/kg buying price and incentive, local farmers will have a higher income of at least P8.00/kg.

Once implemented in the province, four warehouses of NFA-Negros Occidental will serve as buying stations.

These warehouses are in Bacolod City particularly at Bredco Port and NFA-Negros Occidental Office, Ilog town, and San Carlos City. The NFA, though, can establish temporary buying stations in other areas if needed.

Part of the requirements for both farmers and associations is a “passbook” reflecting the number of hectares they till as well as their production.

Individual farmers who are not yet passbook holders may sell their palay to the NFA at a maximum of 200 bags for the first time. For their succeeding deliveries, they will be required to secure farmer’s passbook.

For associations, it will be a master’s passbook which will include all the names of the farmer-members, Canoy said.

“We will only cater to legitimate farmers. We cannot procure palay from traders,” he said, adding that Provincial Agriculturist Japhet Masculino has already expressed intentions to help in linking farmers to the NFA by disseminating information about the program through its City and Municipal Agriculture Offices.