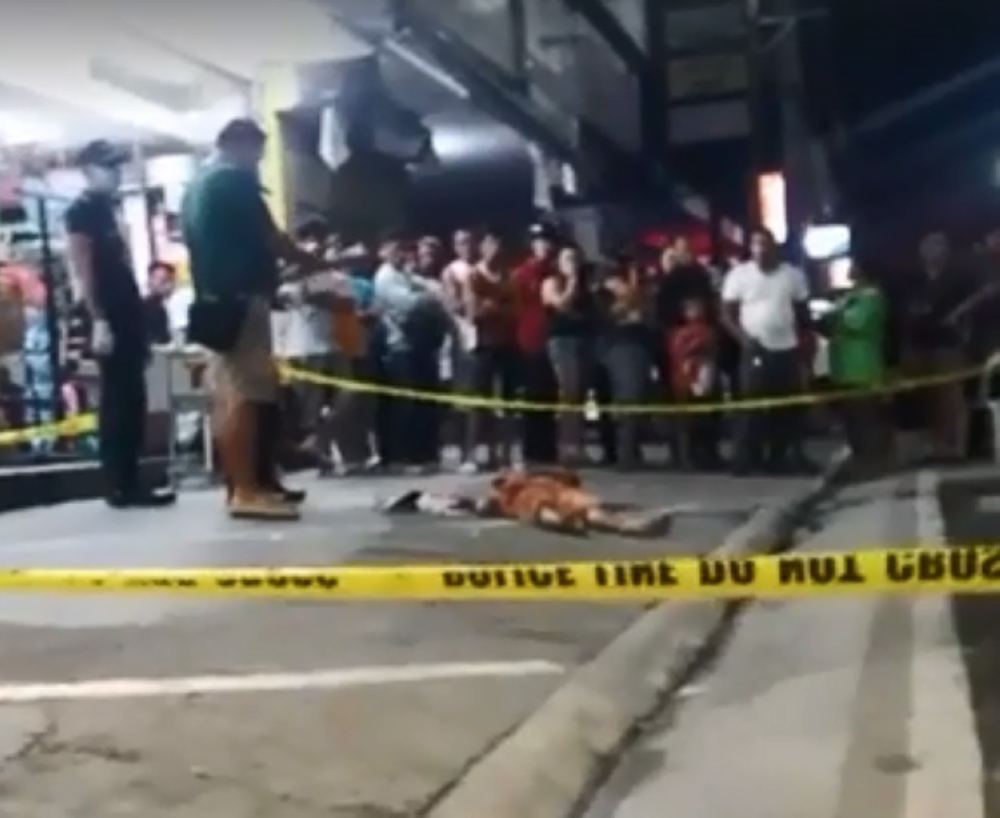 CEBU. Wendell Tampus was walking along the highway in Barangay Guizo, when he was shot twice by riding-in- tandem assailants. (Screengrabbed from Allan Tangcawan's live report)

THREE men were shot dead in separate incidents in the cities of Cebu, Mandaue and Minglanilla in the past two days.

In Barangay Labangon, Cebu City, Jifti Mark Sacedon, 26, was gunned down by an unidentified assailant on Tuesday dawn, October 16.

The victim succumbed to a gunshot wound in the head.

Two small sachets of methamphetamine hydrochloride (shabu) were recovered by the Scene of the Crime Operatives from the victim's pocket.

Sacedon's father, Mario, told dyHP radio that his son had an enemy, who was arrested by the police.

He admitted that his son was an illegal drug user, but he did not know if he was a pusher.

Sacedon was drinking with a friend before the shooting happened.

On the same day, a drug surrenderer was shot dead in Barangay Guizo, Mandaue City.

The fatality was identified as Wendell Tampus, 38.

Tampus was walking when the back rider of a motorcycle shot him twice.

He was attacked by riding-in-tandem assailants.

Police are looking into the victims' involvement in illegal drugs as the possible motive behind the killings. (KAL)