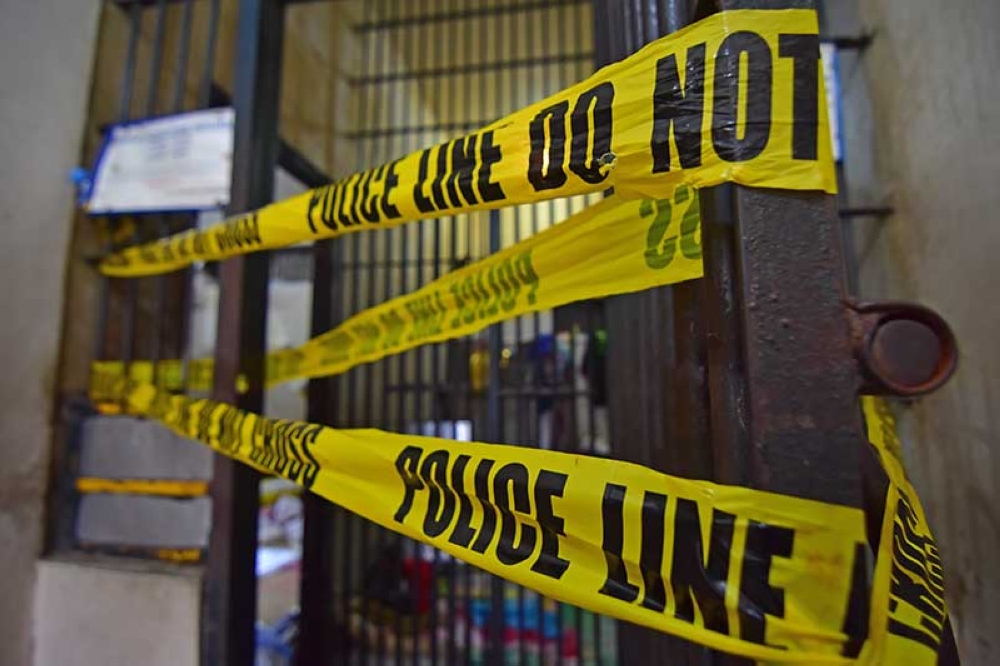 KEEP OUT. A police line tape is placed outside the detention facility of the Talomo Police Station in Davao City after rape suspect Rico Jay Lauron Labao was shot dead as he allegedly tried to grab the service firearm of a police officer conducting Oplan Galugad inside the cell on Tuesday morning, October 16. (Macky Lim)

AFTER almost a month since his arrest, the suspect behind the brutal slay of a six-year-old child at Kilometer 9, Purok 11-A, Matina Pangi, Davao City was killed on Tuesday morning, October 16, inside his detention facility after allegedly grabbing the service firearm of a jail guard.

Davao City Police Office (DCPO) spokesperson Police Chief Inspector Teresita Gaspan said that based on the report, Rico Jay Lauron Labao, 27, construction worker and resident of Morio-Morio in the same barangay, succumbed to a gunshot wound in his chest.

The incident happened while the personnel of Talomo Police Station were conducting Oplan Galugad, an operation to search illegal items inside the cell of the detainees. Lubao, in the course of the operation, allegedly grabbed the service firearm of the jail guard identified as PO1 Reggie Eleazo, prompting authorities to shoot him around 9:15 a.m.

“During the scuffle, the firearm went off hitting the wall and ricocheted nearly hitting SPO3 Richard Dionisio, chief investigator, who was supervising the inspection,” the report said.

It added that when Dionisio tried to help the jail guard, successive shots rang out coming from Eleazo’s service firearm which was already in the possession of the suspect. Thus, it prompted Dionisio to shoot the suspect.

Labao was rushed to Adventist Hospital near the station but was declared dead upon arrival.

The report added that the operation was in compliance to the memorandum issued by the city director for the City Wide Oplan: Galugad under DCPO dated October 15.

Labao was charged with murder after he admitted killing the child identified as Christine Angel Tino Laquinario, six, and a resident of Morio-Morio, Kilometer 8.5 Matina Pangi, Davao City. The rape claim was not yet proven after the forensic investigator could not determine since the body of the victim was already in its advance state of decomposition.

Labao initially reported to have found a girl’s body around 8:30 a.m. on September 23 with her neck and feet tied with electrical wire. However, his inconsistent statements and evidences found in his residence led the police to point him as the perpetrator.