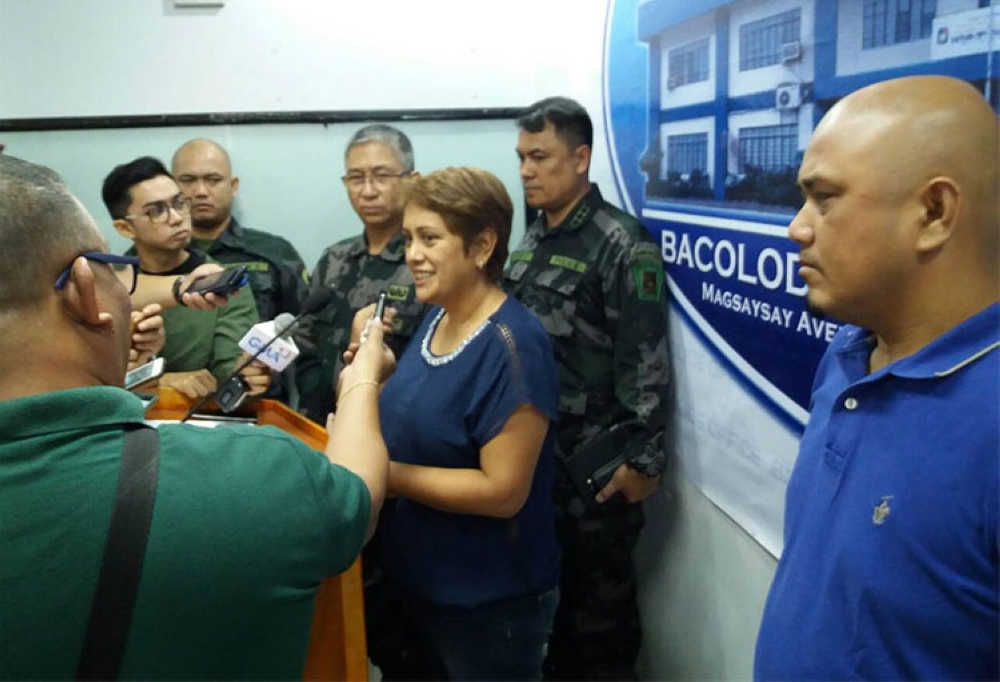 This was confirmed by Councilor Michael Garcia, who was present during the COC filing of the vice mayor.

Garcia-Yulo was escorted by security from the Bureau of Jail Management and Penology (BJMP) and 10 personnel of the Second Maneuver Company of the Provincial Mobile Force (PMF) led by Chief Inspector Lowell Garinganao from the Negros Occidental District Jail (NODJ) in Bago City, where she is jailed together with her husband Felix Mathias Segundo Yulo III.

The councilor said Garcia-Yulo filed her COC at 12:40 p.m. and finished it at 1 p.m. She then returned to NODJ.

"Everything’s smooth and fine during the COC filing," he added.

Yulo, in a media interview, said she decided to run for mayor because there is a need to stop the alleged terrorism, oppression, and deception in the town.

The vice mayor and her husband were previously detained at La Castellana Municipal Police Station before they were transferred to the custody of NODJ on October 9 through a commitment order.

The illegal possession of explosives has no bail.