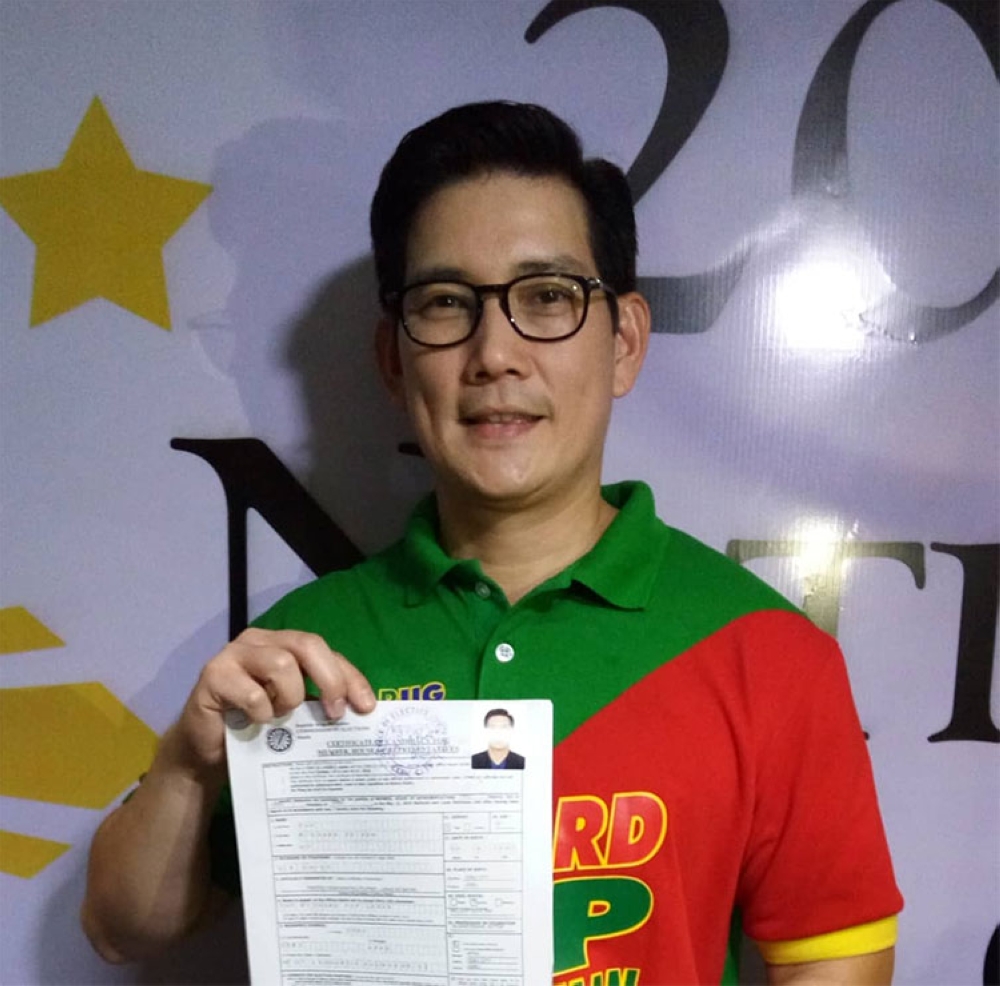 CEBUANO businessman and actor Richard Yap formalized his bid for a Congress seat as he filed Wednesday, October 17, his certificate of candidacy in Cebu City.

In an interview Wednesday, Yap said he is running for a seat in Congress as he wants to bring new ideas that will help improve the north district of Cebu province.

He said he will push for better, continuing education, as well as projects for the environment, infrastructure, health care and livelihood.

He said he believes that celebrities like him are also qualified to run for a government position.

"Not because we are celebrities, we are not qualified. I may be more qualified than some of government officials," he said, citing he graduated from Sacred Heart School-Ateneo de Cebu, took up two years of pre-medicine in Velez College, and finished Business Management from La Salle University.

"I have also worked with ex-ambassador in the Asia Pacific Chamber of Commerce," he said, adding that as a businessman, he has been dealing with different people, particularly businessmen in the country and abroad.

"There is no handbook for being a politician. There is no course in college that will tell you nga mahimong kang politician after finishing the course. Everything is learned," he added.

Yap also cited as reason for his running for congressman his desire to help more Cebuanos.

"We celebrities, we help people out of our pocket. That is one reason nga naghunahuna ko mudagan. With the resources of the government, mas makatabang ta'g daghan nga tao," he said.

Yap stressed that he picked a position in Congress as it is "where I can serve better."

"I can craft laws to make our country better. There are laws that we need to revise and pass. Daghan ta'g gihuna-huna. I have a list but I don't want to pre-empt kay basin naa nyay mukopya," he said.

He mentioned transportation, education, and livelihood as his priorities in case he wins a post in Congress. (LMY/With reports from RVC/SunStar Philippines)