Brace for higher prices until 2019 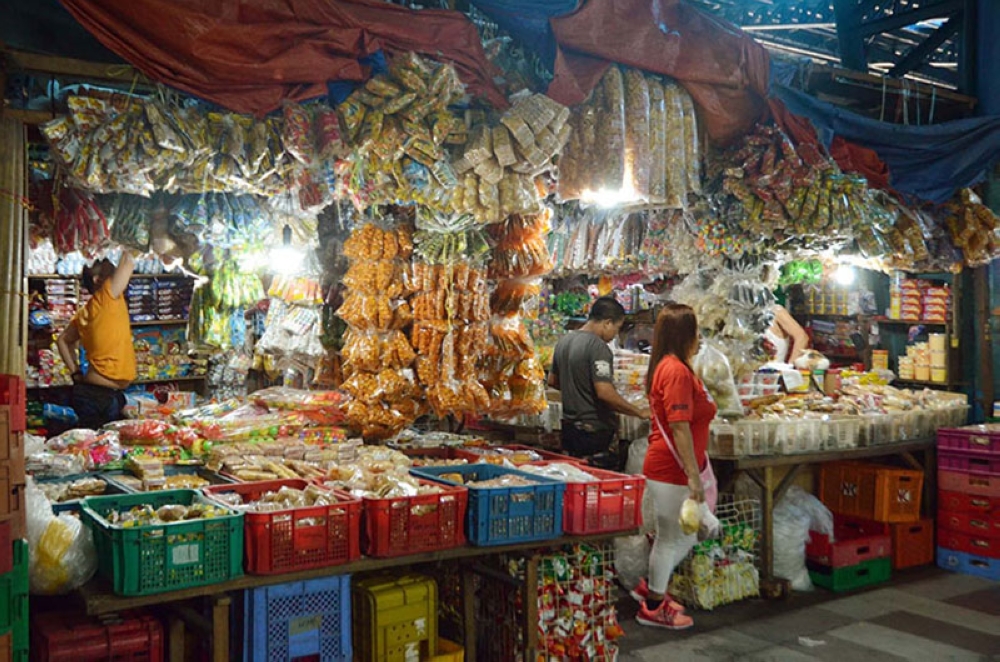 CONSUMERS should brace for higher prices as inflation is projected to remain elevated for the rest of 2018 as well as in 2019 amid emerging second-round effects, the Bangko Sentral ng Pilipinas (BSP) reported Friday, October 19.

If the rice tarrification bill is approved, however, inflation could taper off earlier and return to a level within the government's target range of 2.0 percent to 4.0 percent for 2018, BSP officer-in-charge Maria Almasara Cyd Tuaño-Amador said in a press conference Friday.

"Our latest baseline forecast pointed to a possible breach of the target in 2019, but inflation could revert more quickly toward the target range with the timely implementation of non-monetary measures," Amador said in a press conference Friday on the central bank's quarterly inflation report.

Among the proposed non-monetary mitigating measures to tame inflation, or the rate of year-on-year change in the prices of goods and services, is the rice tariffication bill pending in Congress.

The central bank said implementation of rice tarrification could temper further price pressures and lead to an earlier return of inflation to within the government's target range in 2019.

Headline inflation in the third quarter rose to 6.2 percent, higher than the 4.8 percent in the comparable quarter in 2017.

This brings the average inflation rate in the first nine months of the year to 5.0 percent, which is above the high end of the government's target of 2.0 to 4.0 percent for the year.

Core inflation, which does not include volatile prices of food and energy, also rose to 4.7 percent in the third quarter.

Amador said the country's inflation in the third quarter continued to be driven mainly by supply-side factors as indicated in the uptick in food and energy prices while demand-side pressures became more apparent.

Global inflation has likewise increased as oil prices remained high while the global economy has shown signs of weakening.

Amador said concerns over oil supply are caused by the higher oil prices, sanctions against exports from Iran, reduced output from Venezuela and unplanned production disruptions in oil-producing countries.

"Future prices of Dubai crude oil as of end September showed a higher path for the medium term compared to the prices in the last quarter," she noted.

The Monetary Board increased the interest rate on the BSP overnight reverse repurchase facility by 25 basis points in May as well as in June, by 50 basis in August, and another 50 basis points in September.

These adjustments brought the overnight RRP facility to 4.5 percent as of September 28. Interest rates on the overnight lending and deposit facilities were also raised accordingly.

"The Bangko Sentral believes that it has sent a firm signal of its commitment to combat inflation and safeguard price stability. The need to proactively manage second-round effects as well as the need to anchor and cement inflation expectations constituted the strong impetus for strong monetary policy actions," Amador said.

No reason to panic

In a statement, Presidential Spokesperson Salvador Panelo said Filipinos have no reason to panic.

He assured that the government is on top of the situation to mitigate the impact of soaring prices of goods.

"We are fully aware of the impact of inflation in the third quarter of this year, which, according to our economic managers, is coming from supply-side pressures," he said.

"We are confident that a disinflationary trend, as per our economic mangers, is about to begin and be felt by our countrymen this month," the Palace official added.

He added that three other memoranda also signed by the Chief Executive last month would stabilize the price of agriculture and fishery products at reasonable levels and maintain sufficient supply in the local markets.

"We have addressed and continue to come to grips with the rising prices of basic commodities," Panelo said.

"[Duterte's] marching order to concerned members of his Cabinet is to ensure that there is food on every Filipino family’s table. Together with the Filipino people, we look forward to seeing the results of this decisive action by our Chief Executive," he added.

The BSP raised its inflation outlook to 5.2 percent in 2018 and 4.3 percent in 2019, which is still above the government's target range.

The government believes inflation will go back within the target range in 2020, when it is projected to average 3.2 percent.

The elevated futures data on Dubai crude have prompted the country's economic managers to prod President Rodrigo Duterte to announce early the suspension of the second round of excise tax increases on fuel products.

The second tranche of increases are scheduled to take effect in January 2019 under the Tax Reform for Acceleration and Inclusion (Train) Act.

An early announcement of the suspension, the economic team argued, would temper inflation expectations, and prevent profiteering and hoarding. (SunStar Philippines)