A1 on a Reunion Concert Live in SMX Davao 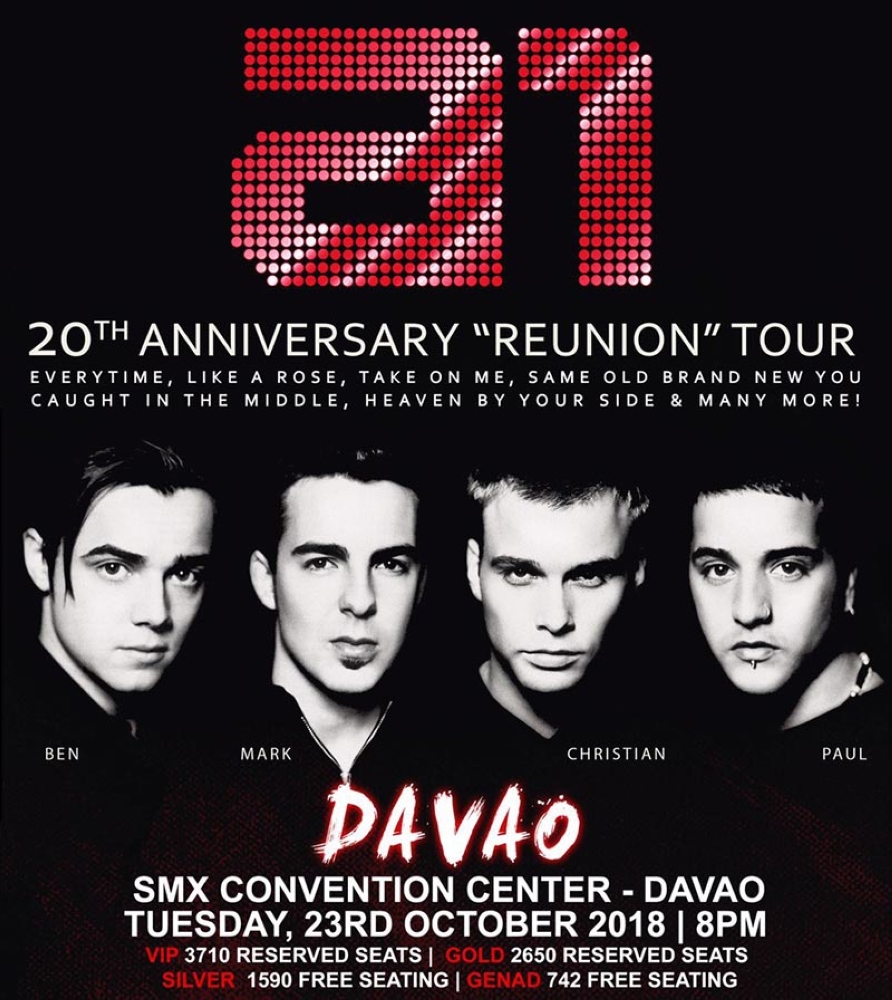 A1 live in Davao (Contributed photo)

THE much-awaited reunion of well-loved 90s band A1 is finally happening! This time, fans will surely be thrilled as Paul Marazzi joins his original bandmates Ben Adams, Mark Read, and Christian Ingebrigtsen for the British-Norwegian band’s 20th Anniversary “Reunion” Tour 2018. The band is scheduled to hold concerts in Asia from October 15 to 25.

Ben, Mark, and Christian expressed their excitement on having Paul back on stage with them:

“We're unbelievably excited that Paul will be joining us again and bringing the original line up of A1 together for the very first time in nearly 15 years, as we approach the 20th Anniversary of when we released our 1st single and album Here We Come. There was always an amazing dynamic and energy when the four of us performed together.”

They also said they find it just right to bring back the “magic” to the part of the world that has been very supportive of them specifically the Philippines, Indonesia, Singapore.

Paul, who left the band in 2002 due to personal reasons, conveyed his thoughts on the reunion tour. He said, “I can’t think of anywhere better to continue this journey once again than to Southeast Asia and what better company than my old friends Mark, Ben, and Christian. I have so many fond memories of my time there and feel so privileged to be able to visit once again. See you all soon.”

A1 had their first breakthrough in the UK in 1999 with a collection of hit singles from their debut album. They went on to have international Top 10 and number 1 hits like Caught in The Middle, Same Old Brand New You, their cover of the A-Ha classic Take On Me, Everytime, and Heaven by Your Side.

The band also achieved huge success in the UK, Europe and across Asia, including a Brit Award for “Best British Breakthrough Act” in 2001. A1 has accumulated over 10 million record sales worldwide.

A1 will perform their 20th Anniversary “Reunion” Tour concert at SMX Convention Center, Davao City on Tuesday, October 23, at 8 p.m.