Sison dared to back Duterte's call for conciliation 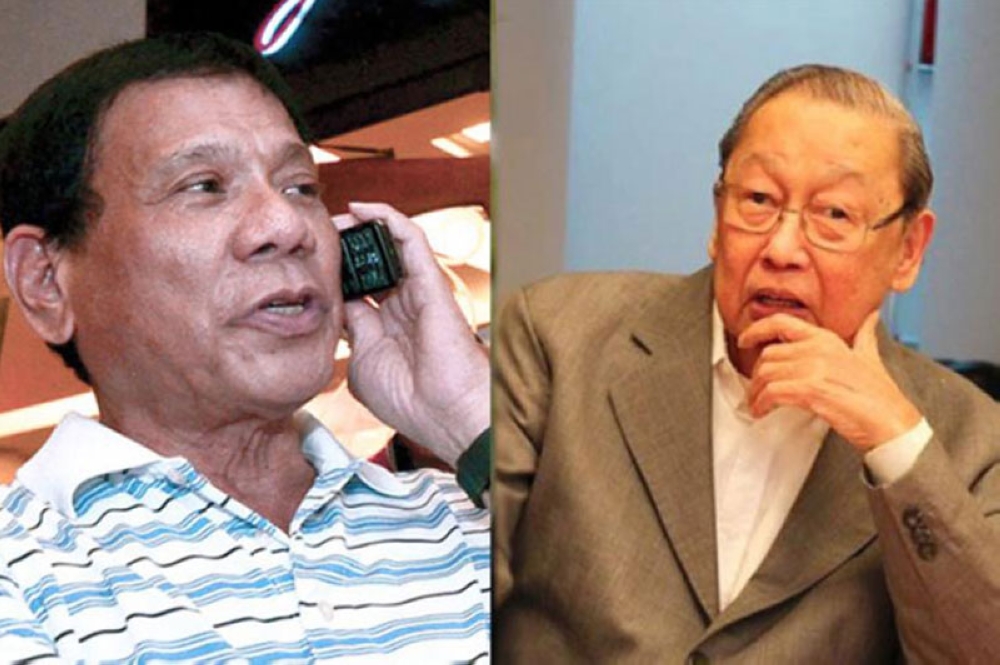 MALACAÑANG on Sunday, October 21, challenged the communists to support the call of President Rodrigo Duterte for conciliation as part of the nation's quest for "just, sustainable and enduring peace".

President Spokesperson Salvador Panelo issued the challenge to Communist Party of the Philippines (CPP) founder Jose Maria Sison and "his forces on the ground" two days after the President reiterated his offer of dwelling and employment for surrenderers from the New People's Army (NPA), the armed wing of the communist group.

"The President is not being less hostile, nor hostile for that matter, in his pronouncement during the inauguration of the Gaisano Grand Citygate Mall last October 19. We should not construe the President's aspiration for peace as a form of bribery," Panelo said in a statement Sunday.

The communist insurgency in the country, considered one of the longest in the world, has spanned 50 years and killed thousands.

Panelo said the President believes that this armed conflict could not go on for another 50 years.

"In the mind of PRRD (President Duterte), the same must end; and the sooner it ends, the better it is for our country," he said.

Panelo said the President has acknowledged that there were "bright and youthful leaders who could have served this nation and improved their respective careers if only their lives were not cut short from the skirmishes emanating from this armed struggle."

"We take note of families of soldiers and rebels who still grieve for the loss of their loved ones up to this day," he added.

The President has cancelled several times the peace talks between the government and the communist rebels because of the alleged "opportunistic attacks" amid the negotiations.

Panelo noted that despite being dismayed by these attacks, the President has attempted to save the peace talks and achieve reconciliation.

The President's attempts at reconciliation, however, "only inspired these communists to issue more preposterous demands from the government," Panelo said.

"The CPP/NPA/NDF must first demonstrate genuine sincerity for the resumption of talks. The government cannot sit with their leaders in the same negotiating table while the latter's armed comrades are fraudulently committing criminal acts and bringing harm to our people," Panelo added.

On October 18, suspected NPA rebels ambushed the convoy of Food and Drug Administration

The attack killed three police officers and wounded four others.

Panelo said such surprise attacks should stop, as well as the communists' practice of collecting so-called revolutionary taxes. (MVI/SunStar Philippines)