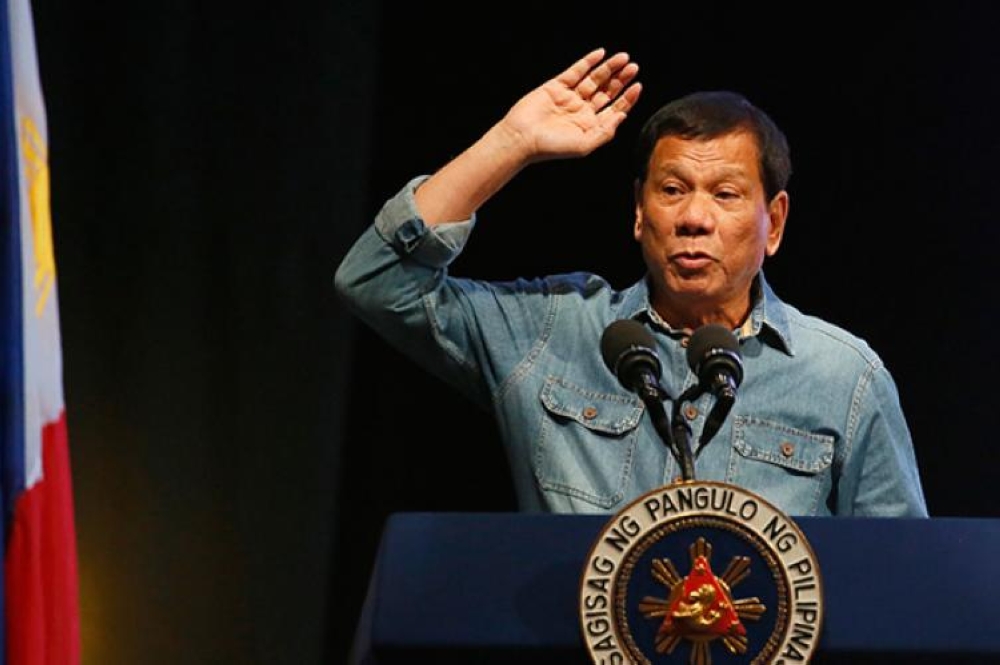 PRESIDENT Duterte was reported to be “in near tears” in a recent speech. That means he didn’t cry; he almost cried. How do Malacañang reporters identify the President’s actual state of emotion: Did he “choke” or “wipe” an eye? Or did he “shed tears” and “sob”?

May 10, 2016: the news said he “wept” at his parents’ graves. Weeping involves actual tears, visibly falling, not only one or two that stealthily slide down the cheek.

July 20, 2017: he was reported as “being emotional” when he spoke before soldiers about their fallen comrades in battle. Probably signs of being “torn up”; no tears sighted, mere indications of a sad, agitated state.

Sept. 3, 2018: the story filed by reporters traveling with him said he “broke into tears” during a meeting with Pinoys in Israel. The live singing of “Raise Me Up” by a recording artist must have helped. A sad song in a foreign country, facing homesick OFWs thinking of family back in the Philippines can be a tear-jerker.

I wonder if Palace reporters swap notes among themselves or take an informal vote on how to describe Duterte’s state of emotion in a heart-wrenching speech or a sad event. It wouldn’t look good if their reports vary: in one version, the President nearly cried; in another, he wept; in a third, he was being emotional.

So before writing the story, the question to be resolved: was he in tears, near tears, or just being “torn up”?

It has been shown that Duterte isn’t the only cry-baby, in the scaled-down sense of the term. His audience, especially Pinoys working abroad whose longing for the Philippines makes them doubly vulnerable to quick tears, usually does the initial weeping.

Even those around him: Martin Andanar, the President’s communications chief, said he cried just reading the draft of Duterte’s July 25, 2016 Sona or state-of-the- nation address. The actual delivery didn’t live up to Andanar’s billing but he insisted he was not exaggerating about breaking into tears.

Bong Go, the special assistant who most of the time stands or sits near the President, was never reported to have cried when his boss would cry. The public’s constant image of Go is that of a face registering innocent content when cameras flash or click to record his diligent, unabashed photo-bombing.

Harry Roque, the former presidential spokesman, was suspected to be a crier too. But not an anecdote or rumor ever leaked about him wiping his eyes when Duterte became schmaltzy or sentimental.

No critic, not anyone with the intensity of Trillanes or de Lima, has ever called out the President’s public display of sadness or grief as weakness.

On the contrary, many believe it has exposed his human side, the part that softens the rough and ugly image presented by his occasional public threats to kill people, rape some woman, or curse world leaders.

Yet it also depicts some ambivalence that makes people ask, which of the versions of Duterte they see is for real and eventually prevail.