MANlalakbay: The wave riders (Part 3 of 5) 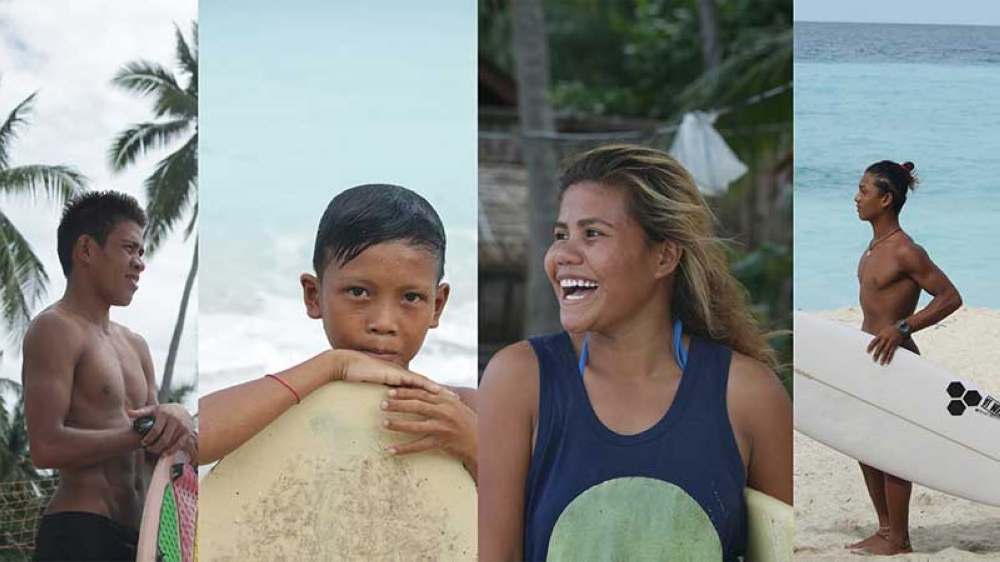 IT TOOK me months, four months at that, to continue this travel series and for that, apologies for the delay.

As promised, Manlalakbay is back to share a story worth telling – the people within the growing surfing and skim boarding community in Dahican, Mati City.

One of the major forces that drove Dahican Beach to popularity is its surfing and skim boarding activities. It lured tourists, both local and foreign, as it really is nothing short of a good spot for such water sports.

Mention Mati’s skim boarding and surfing, then the name Sonny Boy “Bayogyog” Aporbo is always attached to it. He’s considered a pride of Mati as he won and dominated skimboard events in the Philippines and Southeast Asia. He also surfs.

Walking along the white sand shores of Dahican, I chanced to interview Bayogyog months ago while he was practicing his tricks with the waves. We discussed a plethora of things but what struck me most was his story on choosing to stay to where he thinks he truly belongs.

“I’ve got plenty of offers abroad, they wanted me to be a skim boarding instructor there but I did not accept it,” he said.

Asked on why he turned down the offers, he was straightforward that higher pay can’t equate to happiness.

“I can’t leave Mati. This is where I started and was discovered, I’m here to stay because this is where I belong,” the skim boarding-champ shared.

He said, he’s contented with the money he is making from surf and skim boarding lessons he gave to tourists and selling skim boards at P2,500 each.

“I believe dili lang kami malingaw sa balod, ang balod pud malingaw sa amo (I believe when we play with the waves, the waves are also returning the favor),” he underscored.

Bayogyog, with his overflowing passion, has inspired many including his sister, Lang Aporbo.

Lang, like her brother, has also competed in various competitions and she did not disappoint. It runs in the blood.

“I competed in local competitions, I even joined for the male category, and luckily I won,” Lang laughed while sharing.

She emphasized that playing skim boarding has taught her discipline and perseverance. She considers her board as her partner.

The Aporbos started to develop an interest with the waves at a young age, same with this 10-year-old skim boarder James Boy Emonares.

He may be a kid but he’s already teaching tourists on how to play with the waves.

For this young boy, the Pacific Ocean was both his playground and work place of sort.

“I’m doing it to save money for school and help my parents,” the boy said in vernacular. He said skim boarding lessons has helped his fisherman father and mother financially.

Tourists pay him P200 for every 4-hour lesson.

But apart from earning, some surfers and skim boarders are also doing lessons for free, especially if it’s the locals who wanted to learn how to surf or skim. One instructor that is doing it is Ar-Ar Cornelio, 19, a surfer.

“We intend to continue this culture of surfing, we want to pass this through generations and there’s only one way to do it- spread awareness and teach the youth. We can’t do it forever, we should share what we have to them,” Cornelio said.

He said seeing more people learning to surf and skim makes him happier.

Dahican has come a long way from what it was before, thanks to these wave riders for promoting and at the same time protecting Mati.

For the fourth part of this series, let’s discover a laidback vacation spot along the 7-kilometer long stretch of Dahican Beach – Destino Dahican.

For suggestions, comments and questions, email me at aceperez.manlalakbay@gmail.com. Follow me on social media @acejunerell.