Rising after a fall 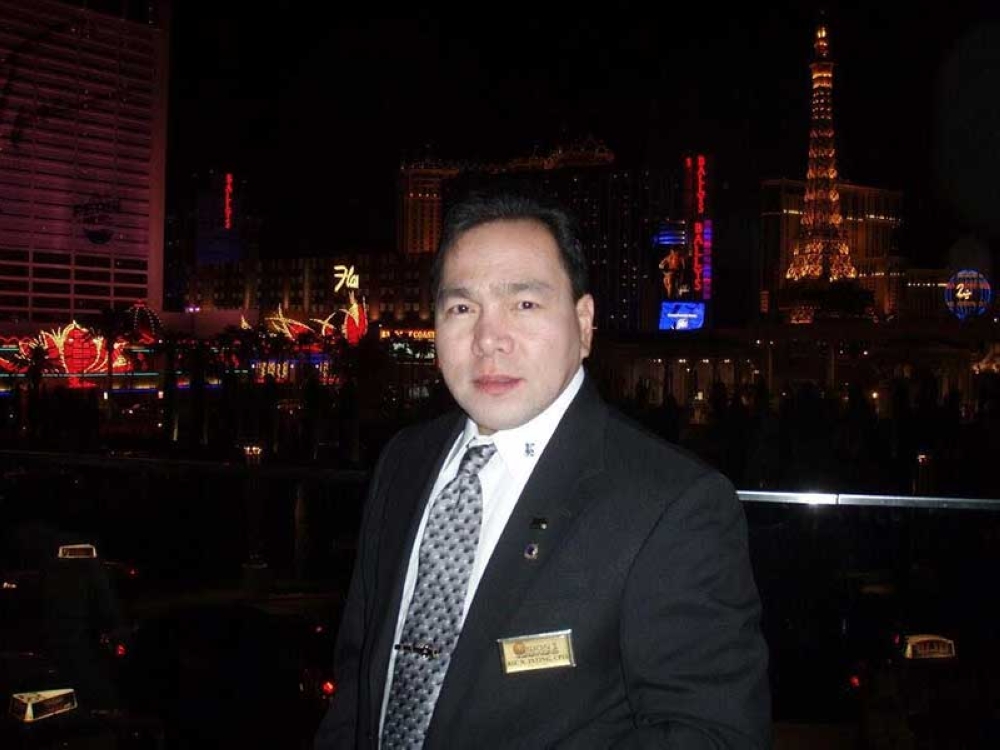 MANY TALENTS. Aside from surviving a real estate crisis, Land Asia Realty co-founder Ricardo Inting also made a name for himself in Las Vegas as an opening act for Filipino performers such as Imelda Papin. (Contributed photo)

FOR some, the financial crisis in 2008 has served as a reminder of great losses in revenues.

But for Cebuano realtor Ricardo “Ric” Inting, the 2008 economic meltdown was a reminder of how he survived the real estate crash he didn’t see coming.

“You will never become a successful business owner if you haven’t gone through challenges. Tough ones make you more resilient. They make you more humble, a better person,” said Ric.

He is the chairman and president of Land Asia Realty and Development Corp., one of Cebu’s biggest real estate firms.

Ric saw before his eyes how the 2008 recession crumpled the million-dollar US real estate industry. He was one of the few realtors in the country who made a fortune in Las Vegas by selling properties.

He was also known abroad as the “singing realtor,” doing opening acts for Imelda Papin’s and other Filipinos’ shows abroad.

For Ric, singing before a huge crowd is like hitting two birds with one stone. When he sings, he gets to share his talents and widen his connections. This means more leads when selling properties.

Ric was an accountancy graduate of the University of San Carlos. He finished college by working part-time.

Initially, Ric was a co-founder of Land Asia Realty. He handled the sales and marketing unit of the firm. He eventually bought the shares of his co-founders and single-handedly ran the business.

“The big potential to grow the business lies in the marketing side. So I devoted my time and effort in lifting the brand,” said Ric.

From a one-man show, Ric’s company has grown to 12,000 accredited agents in Cebu. The 26-year-old company has 17 offices across the country with six satellite offices in Las Vegas, Florida, New Jersey, New York, Chicago and Washington.

Ric’s vision for 2020 is to grow his office network to 50 offices nationwide.

Working on the side helped me finish college. I worked as a salesman in automotive and chemical companies. When I got my diploma, I pursued sales. For six months, I worked as a medical representative. I also tried my luck working in the government for special projects but I eventually went back to sales.

I stumbled upon real estate when I was in the automotive industry. At first, I didn’t grab the opportunity to sell properties because during the early 1990s, there was no proper training on real estate. It was during our community service in the Jaycees, by providing shelter to the homeless, that the idea of selling properties reignited again.

In 1992, I took a broker’s exam. I became interested in real estate after knowing that property is like wealth. The more you have properties, the more you create investments that would eventually help you when the need arises.

When I bought Land Asia Realty, I decided to attract people to become sales agents. I invested in training and mentorship because that way, I would be able to grow the business fast.

I grew up helping myself finish college. I saw how wealth comes easily to people who are willing to work hard for it. So when I saw the opportunity when we extended services to the homeless, I knew right away that real estate is the business that I should be in.

I earned my first million a year after selling properties through salaries and commissions. Real estate selling is not for everybody, but like in any other business ventures, if you will just put your heart and mind into it, you will become successful. I invested a few months on learning the trade. Even up to now, I still invest in more training. It also brings satisfaction and fulfillment that as you grow your company, others also grow.

Housing is a commodity. When a person gets a big paycheck, the first thing that comes to his or her mind is to buy a house. People work harder to buy their dream houses. Most millionaires in the Philippines are in real estate and I want to be like them also.

Education for me is important. That’s why I never settled for a college course. I enrolled in post- graduate studies too—masteral and doctoral. When I was starting my real estate career, I got invited for a three-month real estate study in Australia. There, I learned more about marketing, code of ethics and the other important elements to stay successful in real estate. These were instrumental in my early days because they helped me build my name in the industry.

After Australia, an American couple hired me to help them sell their properties in Las Vegas. That realized my American dream. I got my US visa the same day the twin towers in the US collapsed. I then told myself that America was really for me because after that, the US government implemented stricter rules in visa issuance.

I made good fortune while I was in the US. Although I still go back and forth to the US for work up to this day, none can compare the luxurious lifestyle I once had prior to the 2008 global crisis.

I lived a luxurious life I never imagined I would get to experience—a five bedroom house in a scenic location, a luxurious car, rubbing elbows with Las Vegas’ high society, and owning several other properties. Sending money back home was never an issue. I made good bucks in the US while my company in the Philippines, which was handled by my wife, was doing well too.

Money was never a problem, until the global economic meltdown and I saw realtors committing suicide just because they couldn’t cope with the financial crisis. The company I worked with closed. The properties you long thought would rake in millions that time cost nothing, way beyond its value. Everybody had difficulty. I struggled.

But good thing I got to experience life’s difficulties early on in life. That time I was left with only one choice: to brush my knees after that fall and rise again. I shifted strategies.

Instead of selling Las Vegas properties, I started selling Philippine properties to the Filipino community. I became wiser with money. I continued working hard because I believe that difficult times would be over in the long run and that it would just be temporary.

Facing challenges head on, without thinking of quitting in the middle of the game, would make you successful because you would be able to think of a thousand strategies to get back on your feet again.