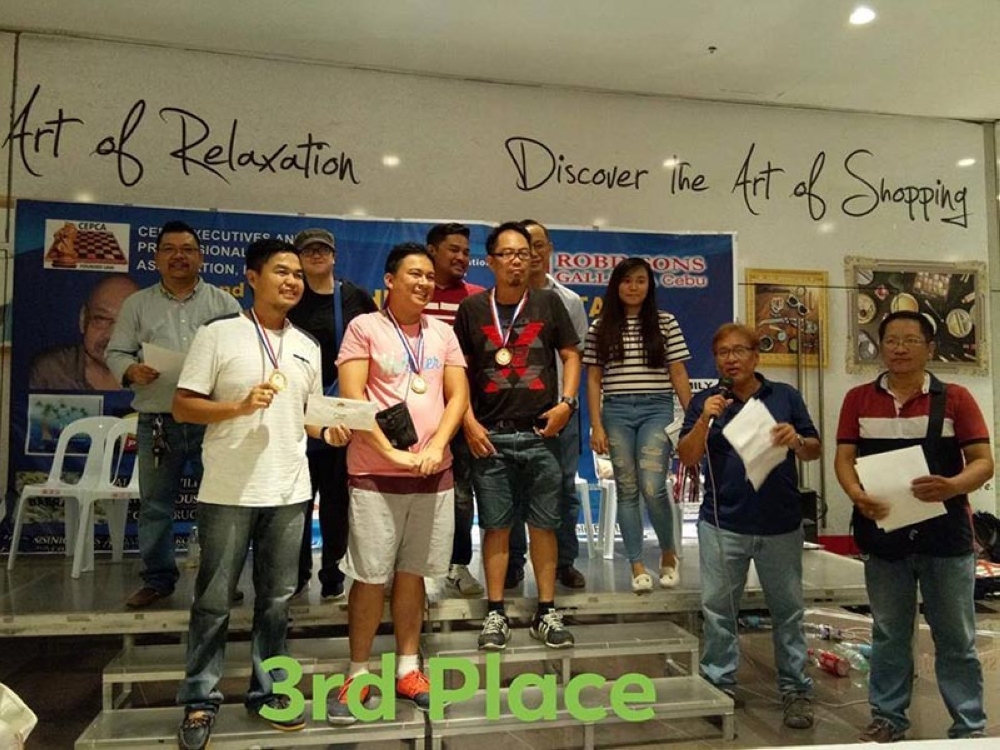 AIM Coop, comprised of Jaime Joshua Frias II of Cagayan de Oro City on board one, Wilhelm “Joey” Ardiente of Aurora, Zamboanga del Sur on board two and Leo Cortes of Cebu on board three, caught up with KKK and Toledo City in a three-way logjam for second place at 14 points after the final ninth round.

But, KKK edged AIM Coop in the tie-break to claim solo second with AIM Coop and Toledo City occupying third and fourth, respectively.

“I had to step up to build the momentum and it made my teammates Joey and Leo contribute well as a team,” said Frias, who finished with a credible 6.5 points in nine rounds.

“Scoring big on board one is such a nirvana,” added Frias, who after his Abu Dhabi stint, will resume campaigning for international tournaments starting in Europe this coming December.

Hometown bet Cepca A won the crown with 16 points after sweeping Gullan Construction, 3-0 in the last round.

AIM Coop opened the first round with a 3-0 sweep, but stumbled in rounds two and three at the hands of Toledo and Gonzales Chess Academy before storming back in contention against Chess Angel, Lapu-Lapu City, the Pawn Stormers, San Fernando, Cepca B and Star Wars Team, in that order.