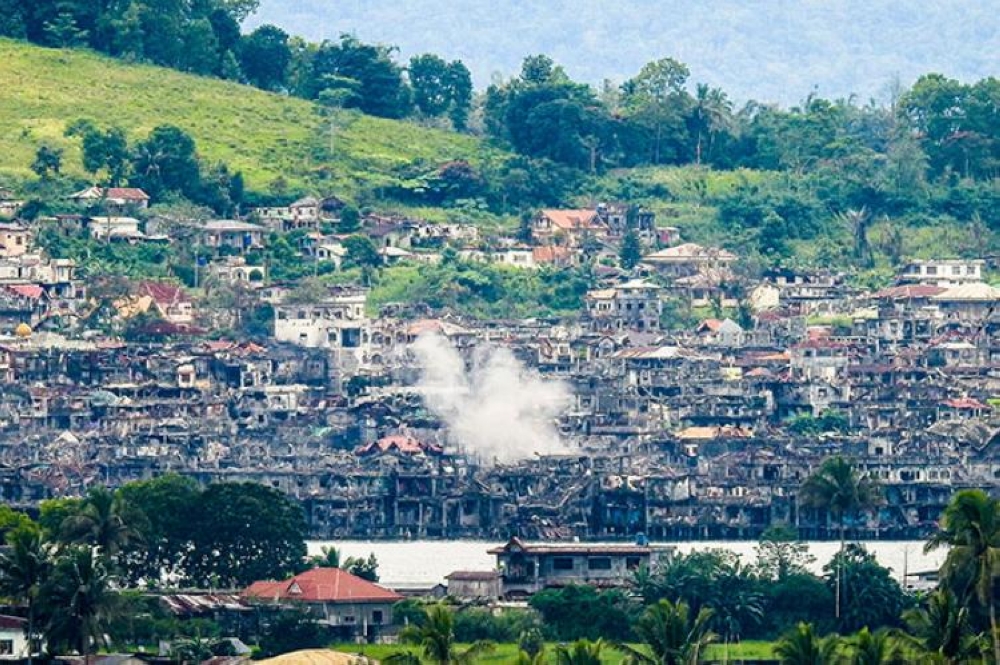 THE recruitment of Islamic State or Iraq and Syria (Isis)-inspired Maute terror group has “significantly slowed down” after some of its members decided to surrender, Joint Task Force Ranao spokesperson Colonel Romeo Brawner Jr. said.

"Certain conditions indicate that the enemy's recruitment has significantly slowed down following the surrender of Maute-IS remnants,” said Brawner on Wednesday, October 24.

He said the continuous and intensified military operations against the Maute terrorists also urged some of its members to turn themselves in to the government.

“According to surrenderers, most of the remnants have been isolated and have lost their will to fight following the series of military operations conducted by the 103rd Brigade in Lanao del Sur,” he said.

"Nonetheless, our security forces are postured to thwart possible spoiling attacks to protect our communities," he added.

The Maute terror group was behind the attack in Marawi City where thousands of residents were displaced while hundreds, including civilians and soldiers, were killed.

The entire Marawi City was also flattened during the war between the Maute group and the government. The war lasted for five months.

The group’s top leaders Omar Maute and Isnilon Hapilon, who was the Isis's emir in Southeast Asia, were killed in the firefight.

The attack in Marawi City has prompted President Rodrigo Duterte to place the entire Mindanao under martial law. (SunStar Philippinees)