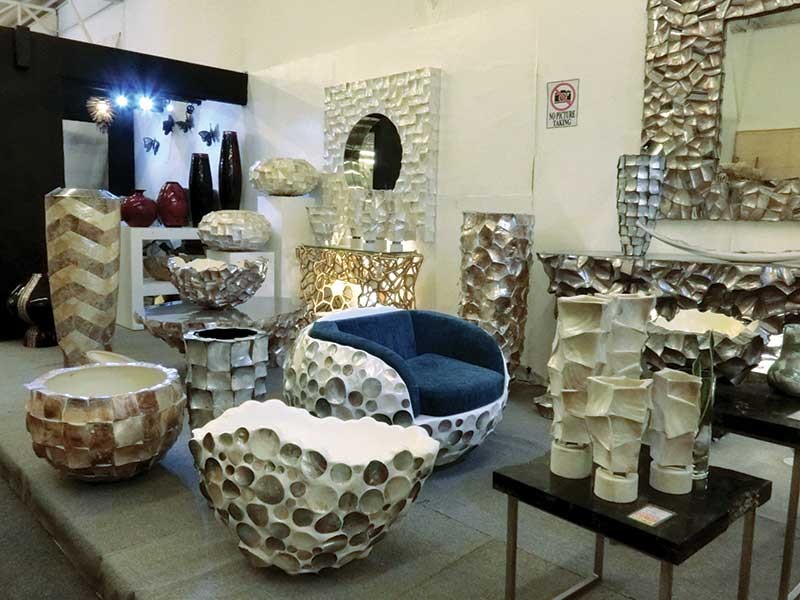 SHOW OF CREATIVITY. Cebu has made a name for itself as a source of export quality furniture, such as these pieces from Bon-Ace. (SunStar file photo)

EXPORT showrooms can be interesting sites for tourists to visit.

Not only will exporters be able to attract sales, but they can also showcase the creativity of Filipinos.

Tourism Secretary Bernadette Puyat said this kind of tourism product is viable for Cebu, knowing that the province is home to globally-recognized names in food, furniture and fashion.

Puyat, in her visit to Cebu, urged Cebuano exporters to welcome tourists into their showrooms.

She said tourists abroad are eager to visit showrooms of furniture designers. They named Kenneth Cobonpue’s showroom as one of those they want to tick off their bucket list.

Opening up showrooms, according to Puyat, is a good marketing strategy to boost arrivals to the country. She said that showrooms do not just lure tourists to buy products but also market the country’s rich story on people and culture.

“We want other showrooms to open because tourists would love to visit them,” said Puyat, adding that the county’s export-quality products speak volumes of Cebu’s excellent craftsmanship.

She said Cebu could be the lead province in making showrooms a tourist attraction, as more Cebuanos rise in the global spotlight in the field of food and creative sectors.

“Tourists would love to know the story of every export product we make,” she said.

Besides Cobonpue, Puyat cited Neil Felipp San Pedro’s collection of handbags, some of which were used in the film “Crazy Rich Asians,” as a boost to Cebu’s image as a crowd drawer.

“Cebu is really blessed to have these creative people,” said Puyat.

The Department of Trade and Industry (DTI) 7 said they have been encouraging manufacturers and exporters to open their showrooms to the tourist market, join in local trade shows or mount their presence in shopping malls.

DTI 7 Director Asteria Caberte said that by showcasing the country’s export quality products, exporters can make money from this and at the same time products get exported and promoted more in other countries.

She said it would be good to see tourists bringing with then a piece of Cebu when they return to their countries.

“After all, export marketing is closely tied up with tourism,” said Caberte.

With an average daily expenditure of $125.65 last year, 30 percent of the country’s tourist expenses went to food and beverage, followed by accommodation at 27 percent.

DOT 7 Director Shahlimar Tamano said the average daily spending by a foreign tourist in the country was 25.36 percent higher than what was recorded in 2016 at $100.23.