‘Start shopping for the holiday feast’ 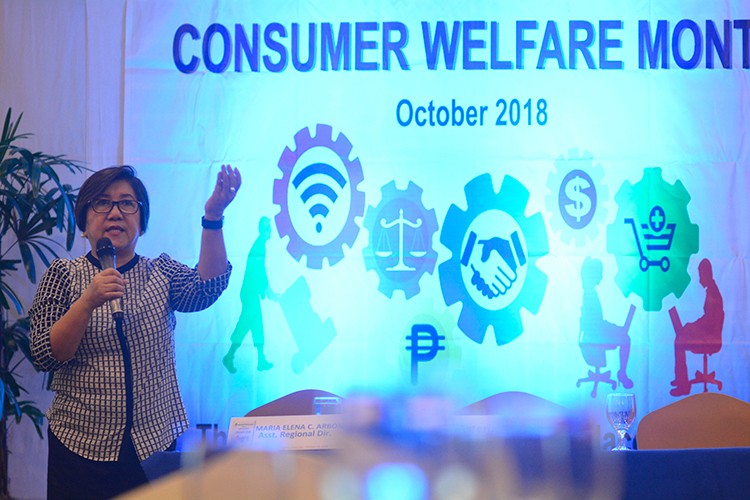 WHILE they promised to strictly monitor prices of Noche Buena items, the Department of Trade and Industry (DTI) 7 on Friday, Oct. 26, advised consumers to start their shopping early.

This way, prices of these goods are not as high as when December approaches, said DTI 7 Director Asteria Caberte.

“As I always say, start buying (ingredients) now, to spread out the spike (in prices),” said Caberte, during the agency’s Consumer Forum held at the Cebu Parklane International Hotel.

The DTI recently released the suggested retail price (SRP) for Noche Buena products to allow consumers to plan their purchases for the Christmas season.

The SRP serves as a price guide for consumers in this year’s Christmas celebrations.

Meanwhile, Caberte assured consumers that producers/manufacturers of basic necessities and prime commodities have promised to hold off any price increase up to the end of 2018, amid the high inflation rate.

Price of basic commodities in Central Visayas rose to seven percent in September from 6.3 percent in August.

The spike in inflation was mainly driven by raw food items such as meat, vegetables, fish and rice.

In her presentation, Caberte pointed out that the main cause of inflation was the insufficient rice supply in the market, higher prices of oil in the global market, weakening of the peso due to the increase in US interest rates and balance of payment deficits. The implementation of the Tax Reform for Acceleration and Inclusion (Train) Law also had “a minimal contribution.”

Increased disposable income also led to the spike in prices. She said some P32.5 billion per month is released as additional income.

“Around 90 percent is spent and this is inflationary. There is new supply of money even with no corresponding increase in productivity,” said Caberte.

Despite the high spike in prices, the DTI 7 official said Filipinos have remained resilient. She pointed out the high growth in retail sales recorded by major retail players in the second quarter this year.

She assured consumers that the government is implementing various initiatives to counter inflation.

SRPs will be implemented on rice, sugar and selected agriculture products, an action undertaken by DTI, Department of Agriculture, National Food Authority and Sugar Regulatory Administration.

Caberte said the general guidelines on direct importation on sugar and rice have also been released by the agencies.

Collections from tariffs will be used by the government to improve rice productivity. Direct importation is expected to pull down inflation and prices of rice by P2 to P7 per kilo.

Caberte also announced that there are three big importers who have signified interest to import rice and are seeking recommendation from the DTI.

The government has also imposed price ceilings on agriculture products like chicken and pork to temper inflation. This measure, however, is only temporary, and is being tested first in Metro Manila.

Caberte said it is the country’s first time to impose price ceilings on highly perishable goods just to mitigate inflation.