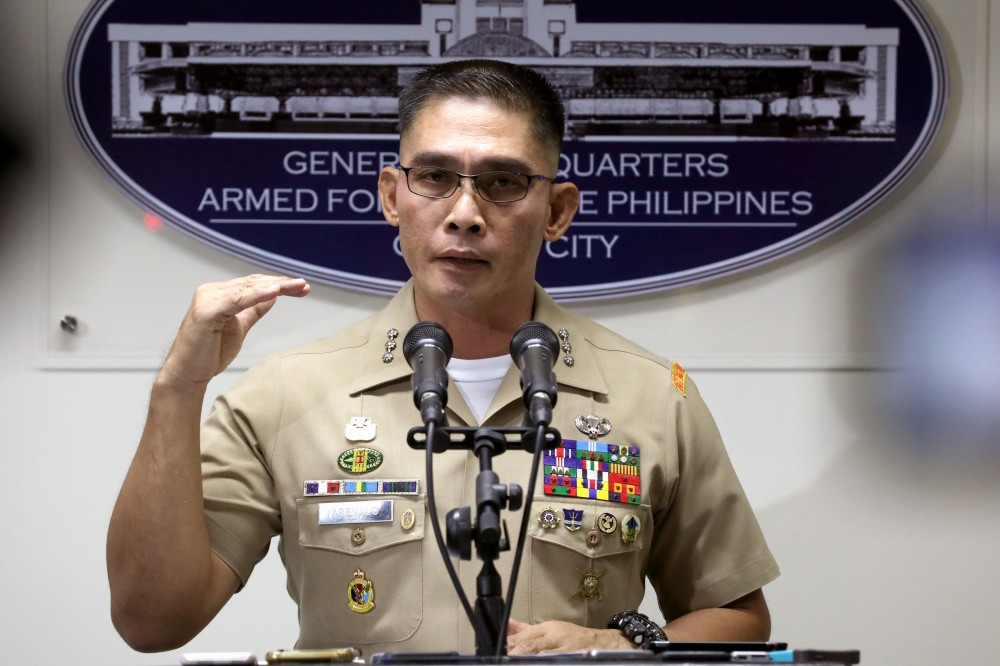 AFP spokesperson Brigadier General Edgard Arevalo said aside from the Hacienda Nene in Sagay Negros Occidental, the NPA is also targeting to occupy three more other haciendas nationwide but he refuse to identify such.

“We have forewarned anew the managements of three haciendas nationwide that are targets of the CPP-NPA’s Oplan Bungkalan. And that if that happens, we advised them to resolve the same peacefully. We have alerted AFP and counterpart PNP units in those locations and intensified our intelligence monitoring,” he said.

Last Saturday, October 20, nine newly-recruited members of the Negros Federation of Sugar Workers (NFSW) were shot to death after camping in Hacienda Nene.

Police said there were four groups possible involved in the killings-- the legitimate farmers in the area, the owners of the land, NPAs and CAFGUs.

Arevalo, however, maintained the earlier statement of AFP chief of staff Carlito Galvez Jr. that the NPA was responsible for the bloodbath.

Galvez said the NSFW was either a member or supporter of the leftist NPA noting that it was founded by National Democratic Front of the Philippines (NDFP) chariman Luis Jalandoni.

“The investigation by the PNP (Philippine National Police) to determine who were in that band of armed men who pulled the trigger is ongoing. But what is known so far, per police report, is that NFSW cadres brought the victims to the place of their demise. And for that, the leaders should be liable as the trigger-men themselves (in case the trigger men were not their members) as principals to the crime by indispensable cooperation,” said Arevalo.

“For their overt acts of bringing their 9 recruits to camp in, with intent to possess, a parcel of land that does not belong to neither the victims nor the NSFW cadres,” he added.

The PNP has filed charges against Rene Manlangit and Rogelio Arquillo who recruited and brought the killed farmers as a bait in what they suppose was a land dispute.

Arevalo also further explained the pronouncement of Galvez that the Sagay killing was part of the leftists’ Red October plot intended to unseat President Rodrigo Duterte.

He said the attempt to occupy Hacienda Nene was part of “Oplan Bungkalan” which is similar to the “Oplan Okupasyon” where Kadamay members forcibly occupied government housing in Pandi, Bulacan.

Arevalo said the NPA were also planning an Oplan Okupasyon in Central Visayas.

“Oplan Bungkalan at Okupasyon” is part of the many other Oplans they laid out in their Red October plot contained in the NPA documents that the AFP has seized,” said Arevalo.

“Part of our seized documents contain ‘koda’ (codes) for their planned small unit attacks on soft targets,” he added.

The spokesperson said among the codes were “supermarket" which refers to the targeting of PNP stations and AFP detachments to gain firearms; "casino" is sparu operations targeting the government’s assets and intelligence operatives; "bulldozer" which refers to attack on mining companies and burning of heavy equipment for government’s high impact projects and "tabasco" which is for targeting suspected anti-illegal drugs agents or alleged extra-judicial killing suspects.

“The CPP-NPA’s excuse that they are not capable of winning over the AFP or of overthrowing government, militarily, while true, could be deceiving. They have mastered the art of deception. Because they have perfected the art of having unsuspecting people killed in their stead,” said Arevalo.

“The CPP-NPA will not stop their dastardly plans hence we have forewarned all concerned. These said, the AFP and other security forces with the support of our people will frustrate the plans of these communist terrorist group,” he added. (SunStar Philippines)