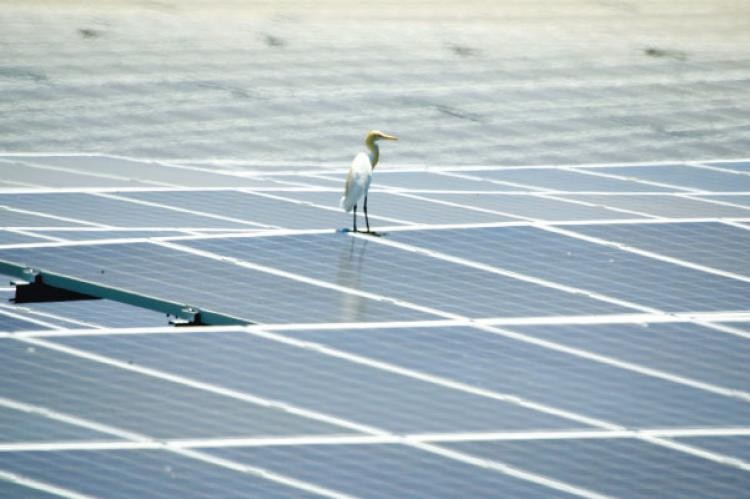 According to the Department of Energy, the supply mix in Mindanao by 2040 will be 67 percent coal, 28 percent renewable energy, and five percent oil. (SunStar File Photo)

THE Department of Energy reported that the share of fossil fuel power plants in the power supply mix of Mindanao will hit more than 70 percent by 2040.

Department of Energy (DOE)-Energy and Planning Bureau officer Michael Sinocruz, who was a speaker during the Mindanao Energy Plan 2018 public consultation on October 25 at The Royal Mandaya Hotel, Davao City, said based on the agency's power supply outlook for 2018 to 2040, the supply mix in Mindanao by 2040 will be 67 percent coal, 28 percent renewable energy, and five percent oil.

Prior to the Mindanao Power Crisis between 2013 and early 2015, more than half of Mindanao's power supply is mainly coming from renewable energy with a majority coming from the 982 megawatt (MW) Agus-Pulangi Hydro-electric Power Plants (HEPP). However, coal-fired power plants slowly dominated the island's power supply mix beginning in late 2016 to meet the island's growing power demand.

Data from DOE also showed that as of August 2018 of the 868.01 megawatt (MW) of committed projects that are expected to enter the Mindanao grid in 2018 to 2020, 700 MW of the committed power projects that will enter Mindanao in the next two years will be coming coal-fired power plants. The largest is the 600 MW GNPower Kauswagan Coal-Fired Power Plant of GN Power Kauswagan in Kauswagan, Lanao del Norte. The other coal project that will enter the grid is the second phase of the Southern Mindanao Coal-fired Power Station, which has a capacity of 100 MW, of Sarangani Energy Corporation in Maasim, Sarangani. The remaining will be coming from renewable energy and oil-fired power plants.

In a bid to increase the share of renewable energy or balance the power supply mix of Mindanao, assistant secretary Romeo M. Montenegro, Mindanao Development Authority deputy executive director, said part of their direction for the crafting the of the Mindanao Energy Plan (MEP) 2018-2040 is to invite more renewable energy investors to come to Mindanao.

However, during a press conference at Habi at Kape, Abreeza Mall on October 24, 2018, Montenegro said it is easier for power investors to put up a coal-fired power plant than a renewable energy plant. Investors who will venture into renewable energy plants will have to undergo a tedious regulatory process that can take as long as seven years.

"The MEP is recommending policy directions that will make it attractive for renewable energy to be developed and invested in," Montenegro said.

He said the MEP also recommended the granting of more incentives to developers of renewable energy in Mindanao.

"This can only happen once other specific laws that have been put in place are fully implemented," Montenegro said.

For example, he said there are several provisions of the Renewable Energy Act of 2008 that have yet to be fully implemented. Some of these provisions are the Green Energy Option, Renewable Portfolio Standards, Retail Competition and Open Access.