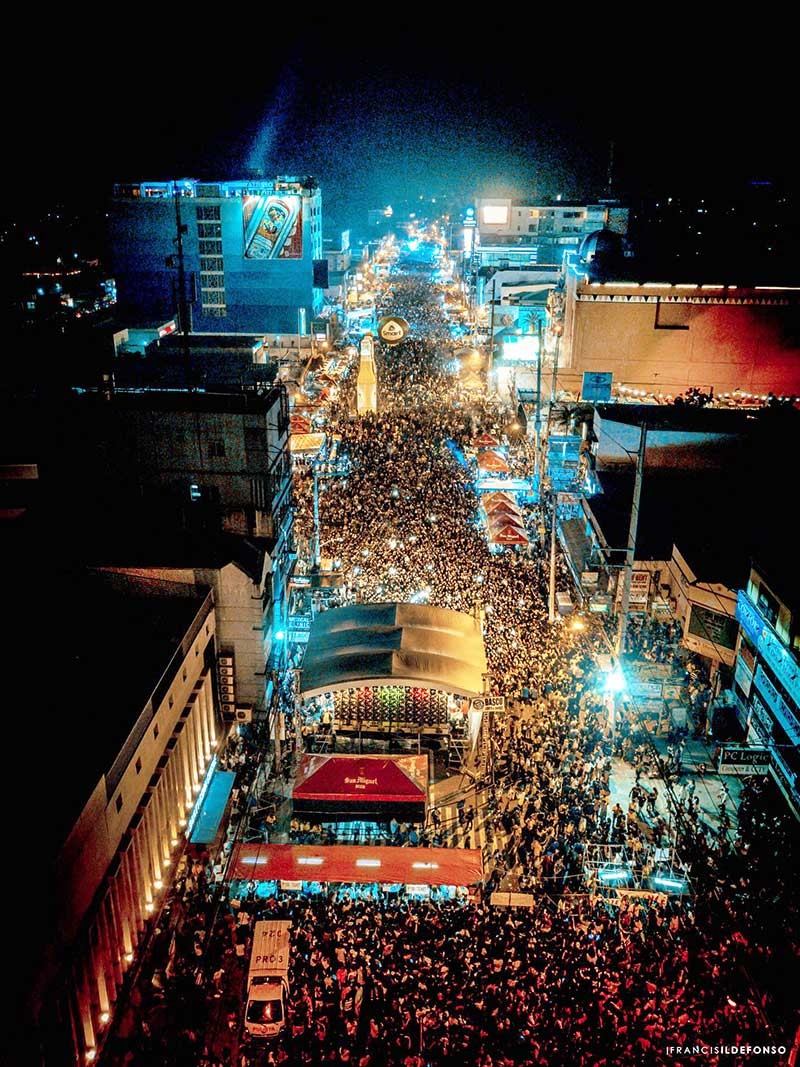 PAMPANGA. Aerial view of the jampacked and record-breaking Tigtigan Terakan Keng Dalan 2018, the biggest street party in the Philippines held every last Friday and Saturday of October in Angeles City. (Photo courtesy of Francis Ildefonso)

The number was based on the ticket sales of JCI Angeles Culiat, Angeles City Mayor Edgardo Pamintuan announced during the flag raising ceremonies at the city hall Monday, October 29.

During the festival’s opening day on October 26, Pamintuan expressed that he was overwhelmed by the massive crowd.

“Twenty-six years have passed but Tigtigan Terakan Keng Dalan is still an event worth waiting for,” he said. The festival serves as the climax of the month-long Fiestang Kuliat.

Pamintuan was emotional as he announced that it will be the last under his administration.

The mayor, who has served a total of five terms, pioneered TTKD during his first term in October 1992 with the primary goal of uplifting the dampened spirit of the Angeleños in the aftermath of the Mt. Pinatubo eruption.

“After all the difficulties we have experienced, our city was built again and eventually became one of the prosperous cities in the Philippines,” the mayor said.

Vice-Mayor Bryan Matthew Nepomuceno reiterated in his thanksgiving speech that the two-day merriment has become “a tribute to the resilient and triumphant Angeleño spirit”.

There were food stalls as well as diverse forms of entertainment featuring celebrities and music artists from the local and national scene.

Local artists and government officials were also given the venue to showcase their talents with the Artists Village and the Kagawads Got Talent event, while Pamintuan rendered his handpicked The Beatles’ songs at the “Let It BE” stage.

The TTKD committee for peace and order disclosed that it has deployed more than 1,200 police personnel to ensure the safety and security of all the attendees. Various groups of volunteers reinforced the peacekeeping action teams. (PR)