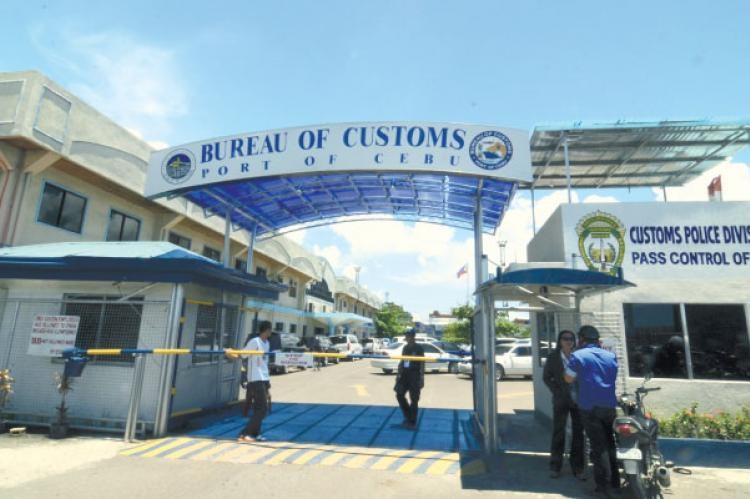 CEBU business leaders are appealing to the government to install qualified military men in the Bureau of Customs (BOC) to ensure a seamless flow of goods, especially during this peak season of importation.

The Filipino-Cebuano Business Club Inc. (FCBI) fears the possibility that the flow of goods might be affected if people put in place are unfamiliar with the import/export process.

President Rodrigo Duterte temporarily placed the BOC under the control of the Armed Forces of the Philippines (AFP) after two huge shipments of illegal drugs slipped past the agency at the Port of Manila.

Small traders in Cebu also want the government to reconsider this move, as it may disrupt the release of goods.

According to FCBI president Rey Calooy, productivity will most likely be affected should the import flow be disrupted.

Calooy stressed they are more concerned with productivity, as lack of raw materials may cause prices of goods to spike.

He cited wheat and flour as some of the basic products that are usually imported.

“Putting the military in the BOC is not bad, but if they will replace people in the BOC who are already well-versed in technical and legal aspects, maybe (the) military can act as a watchdog for smuggled goods,” said Calooy.

While he understands the President’s move is to save the agency’s integrity amid big-time scandals, Stanley Go, president of the Mandaue Chamber of Commerce and Industry (MCCI), said deployed AFP personnel should immediately adopt and adjust to the workings of the BOC, but not disrupt the flow of goods.

“If the move is to restore the agency’s integrity, we welcome it. But for us in business, we are more concerned with the efficiency in the release of goods,” said Go, noting that it’s the last quarter of the year where importation is at its peak.

“Right now, we are facing pressures of high prices of consumer goods and if there are delays in the pulling out of goods from customs, this might have another impact,” Go said.

Delays in the release of goods are additional burdens for business owners. He said they will have to pay demurrage and detention fees should there be any delays.

Go, who works for Virginia Foods which imports some of its raw materials, said port congestion normally happens during the third and fourth quarters of the year, as business owners import more products to take advantage of the high holiday spending.

“High importation depends on the company you are in, but for food, the third and last quarters of the year are peak months as we expect high consumption during holidays,” Go explained.

Cebu Business Club president Gordon Alan Joseph hopes placing the BOC under AFP control is not an example of a creeping militarization of government services.

“There are ex-military men all over the government bureaucracy, which can be both good and bad. Bad, because military officers are not used to the anarchy of poorly-managed and -led government offices where there is no accountability, and good, because our military men at the higher echelons can be well educated and trained,” Joseph said.

He hopes the military men they put in charge are qualified managers who understand the need for operational efficiency.

“I really don’t know if this is necessary, but change was necessary. How this affects the flow of goods will entirely depend on the competencies of the officers they put in charge,” he said.

There were no changes at the BOC Port of Cebu as of yesterday, but officials expect new policies and direction after their command conference with newly appointed Commissioner Rey Leonardo Guerrero, a former military chief.

Guerrero was the administrator of the Maritime Industry Authority until Duterte appointed him as the replacement of Isidro Lapeña, who was transferred to the Technical Education and Skills Development Authority.

Duterte said in a speech in Davao City on Sunday, Oct. 28, that he was forced to take a drastic move amid the “dirty games” being played at the BOC.

Under a temporary setup, military personnel will inspect and clear container vans in Manila and other ports. Some will be trained to operate X-ray machines used in screening cargoes.

Duterte also said the BOC personnel will be put on a “floating status” and required to conduct their work in a gymnasium in the presidential palace complex.

“Almost all of them there have been, in one way or the other, been charged of corruption. Lahat sila may kaso (All of them have cases). And yet, we cannot just move on because you want to be lawfully correct. So dahan-dahan lang tayo (We have to take it slowly),” he said.

He asked Guerrero to deploy soldiers with technical expertise to the customs bureau.

The BOC, which collects import duties and taxes for the Department of Finance, has more than 3,000 officials, customs police and employees nationwide. (EOB, SunStar Philippines)