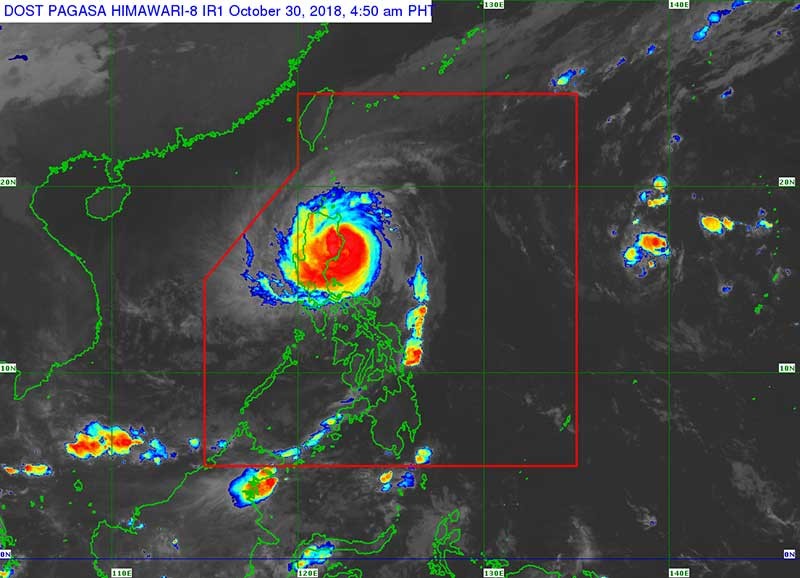 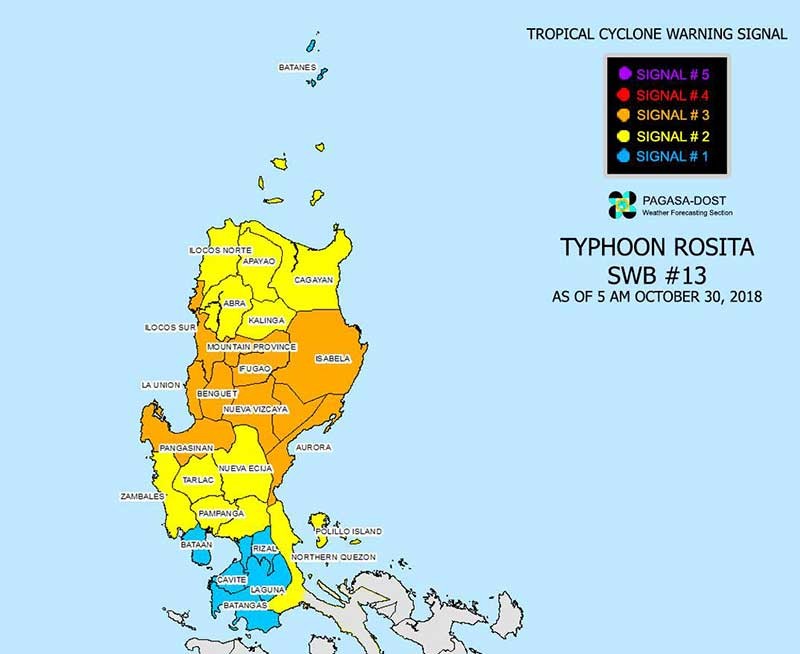 Rosita is still moving west at 20 kilometers per hour (kph) with maximum sustained winds of 150 kph near the center and gustiness of up to 210 kph, Pagasa said in its 5 a.m. weather bulletin.

Pagasa said the typoon will likely exit the Philippine area of responsibility by Wednesday evening, October 31.

Meanwhile, Malacañang, in a late night advisory, urged the public to remain vigilant and update themselves on the status of the weather from government websites.

"We ask our people, especially residents who will be affected by the typhoon, to stay vigilant," Presidential Spokesperson Salvador Panelo said in a statement issued late Monday night.

"Check the latest weather advisory in [your] respective areas [through] government social media accounts and coordinate with [your] local disaster and risk reduction management offices for appropriate and responsive action," he added.

Panelo assured that President Rodrigo Duterte was closely monitoring the areas that would be hit by Rosita.

He also noted that the Department of Social Welfare and Development has stockpiles and standby funds amounting to P1,383,632,340.48, as of Monday.

"The NDRRMC Operation Center is now on red alert. Concerned disaster-related agencies are now on standby 24/7," he said. (SunStar Philippines)