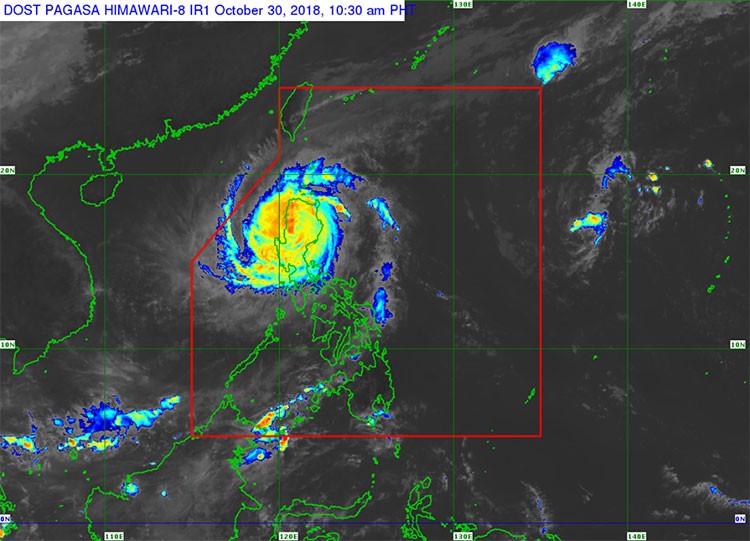 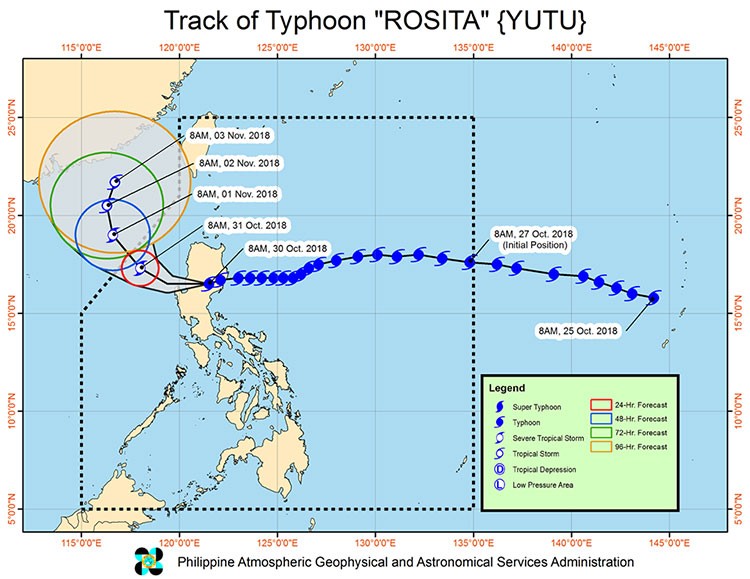 SEVERAL areas in central and northern Luzon have been placed under storm warning signals as Typhoon Rosita (Yutu) is heading toward Benguet as of 10 a.m. Tuesday, October 30, the state weather bureau said.

Tropical Cyclone Warning Signal (TCWS) Number 3 have been hoisted over the provinces of Ifugao, Nueva Vizcaya, Benguet, Mountain Province, Ilocos Sur, Pangasinan and La Union as Rosita is now in the vicinity of Bambang, Nueva Vizcaya and will traverse over Benguet, La Union and Pangasinan.

"Stormy weather over the areas under TCWS Numbers 3 and 2. Travel by land is risky over these areas," said the Philippine Atmospheric, Geophysical and Astronomical Services Administration (Pagasa).

Pagasa said in its 11 a.m. weather bulletin that as of 10 a.m. Tuesday, October 30, the typhoon is packing maximum winds of 140 kilometers per hour (kph) near the center and gusts of up to 230 kph.

It is moving west southwest at 25 kph, added Pagasa.

"Moderate to heavy rains directly associated with the typhoon over northern and central Luzon. Residents in these areas, especially those living near river channels, in low-lying areas and mountainous areas, are advised to take appropriate actions against possible flooding and landslides, coordinate with the local disaster risk reduction and management offices," the weather bureau warned.

It also said that storm surge of up to three meters is possible over the coastal areas of Ilocos Sur, Ilocos Norte, La Union and Pangasinan.

Pagasa advised fisherfolk and those with small seacrafts not to venture out over the seaboards of areas with TCWS and the eastern and western seaboards of southern Luzon.