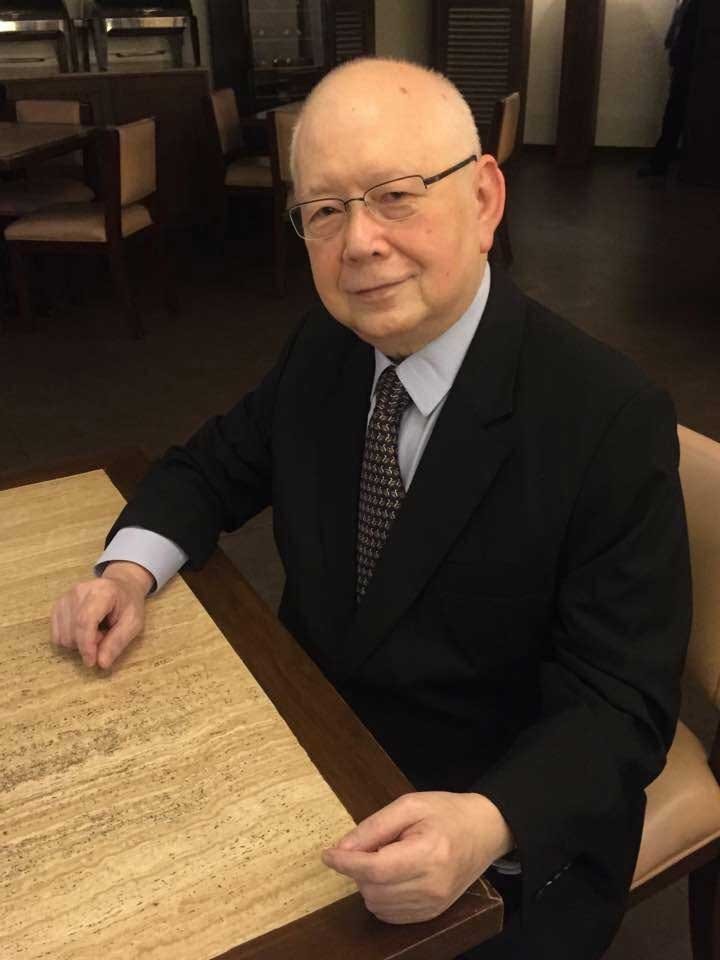 This is one of the guiding principles that helped Robert Lim Joseph steer his way to success.

Building connections and maintaining healthy relationships despite some “cheating problems” in the middle of his entrepreneurial journey have helped him carve a name in the country’s tourism industry.

Popularly known as “Bobby”, the Latvian Consul to the Philippines has long fallen in love with tourism. Even before graduating from college, he had several internships in airline companies—his ticket to see the world and meet new people.

“I wanted to travel for free,” he said.

Bobby was born in Dagupan but was raised in Manila. He is the eldest of the four siblings.

His parents were already into business, a setup that exposed him to a wealth of opportunities, including the convenience of becoming one’s own boss, owning one’s time, creating jobs for people, and creating business connections.

Back then, Bobby was one of the pioneers of airline marketing in the country. He helped sell the country to the world. From there, he met a lot of people working in the tourism industry, both government officials and VIPs.

“Business is all about connections. You will never get far or reach where you are now without the people you meet along the way,” he said.

Bobby’s first visit to Cebu was in 1976 through the invitation of a good friend and tourism trailblazer, the late Anos Fonacier, who owned the iconic Cebu Plaza Hotel, Alegre Beach Resort, Tambuli and Cebu Beach Club, among many others.

“All big businesses in the country now trace their history, their humble beginnings here. So that time, I was excited to explore and meet people in Cebu,” said Bobby.

He pointed out that he was impressed at how tourism stakeholders were proud of what Cebu had to offer. Stakeholders here, he added, are united when it comes to selling Cebu as a destination.

It was in 2002, two years after he was diagnosed with cancer, that Bobby went back to Cebu to form the Network of Independent Travel Agents (Nitas), tapping travel agent Jenny Franco to look after the Cebu chapter.

“There is something special about Cebu and it was only later that we found that our ancestors have been here,” said Bobby.

The Josephs owned a department store named American Bazaar located on Colon St. It was the store’s second branch after Singapore.

Today, Bobby’s name is considered a pillar in the country’s tourism industry.

Besides being a diplomat, Bobby is also the founder and chairman of Tourism Educators and Movers (Team) Philippines, League of Tourism Students of the Philippines and Save our Skies.

He is also the founder of 888 News Forum held every Tuesday at the Marco Polo Plaza Cebu.

On the business front, he serves as chairman for the Philippine Wine Merchants and Ralph’s Wines and Spirits. He also owns several real estate projects for commercial lease.

I have been working on the side while studying. At the age of 17, I was already selling typewriter erasers. During my second year in college studying economics in Letran, my uncle introduced me to airline marketing, a job which I later on pursued after college graduation.

My dream when I was a kid was to travel for free, eat different food, and meet new people every day, and all these were realized when I worked in the airlines.

I used to hate history classes before. They were a bit boring but I eventually learned to love it because of my experiences in other countries, learning other cultures.

It was my parents who inspired me to get into business. Entrepreneurship is already in the DNA and through working hard in business, my siblings did not experience working for others. They eventually helped run and grow the family business.

Airline marketing back then was a high paying job. In fact, I earned my first P1 million through airline commissions.

So, I decided to invest in business. One was in import/export and the other was in tailoring. But somewhere in the middle of running these businesses, you experience bad things. I experienced being cheated by my business partners. It was a tough lesson to learn, but it didn’t dampen my desire to get into business. I then decided to withdraw (my investments) and start on my own.

When you begin going out of the country and learn from their best tourism practices, there is a burning passion to also replicate these in your own country. You begin to see things you want to change in an industry you love so much.

Change in attitude is one key to attain sustainable tourism. If only we could practice discipline like throwing our trash properly on the bin, follow laws and traffic rules, promote the culture of tourism, among others, we can surely further lift the country’s image and make it a viable, fun and happy destination to all kinds of tourists.

Tourism is everybody’s business. Its scope is encompassing such that when you make an investment, regardless of how small and big it is, it creates ripple effects in terms of jobs, revenue, livelihood and other wealth of opportunities.

Everything I learned about tourism, I learned them in airline sales and marketing. I learned about how important the culture of tourism is when I was courting foreigners to come and take a look at our country. Sometimes, it isn’t about how beautiful our attractions are that make them repeat guests. It is our warmth and hospitality that lure them to visit us over and over again.

There were plenty of times I was cheated in business but it never discouraged me to stop doing business. In entrepreneurship, you will meet different types of people and encounter circumstances that will make or break you. The challenge is how you”ll respond to them.

I chose to respond positively in all of the challenges thrown at me, including my own battle with cancer. And this helped me get a better perspective of life and of why I’m doing what I’m doing.

Getting into business you know and love will not guarantee that you’re free from experiencing failures but it somehow minimizes the risk. So don’t just open a business because you want to follow someone else. Find the right motive.

More importantly, build a good relationship in business. It is only through this way that your clients and customers will know you are trustworthy and honest. Business shouldn’t just benefit you, it must also benefit others.