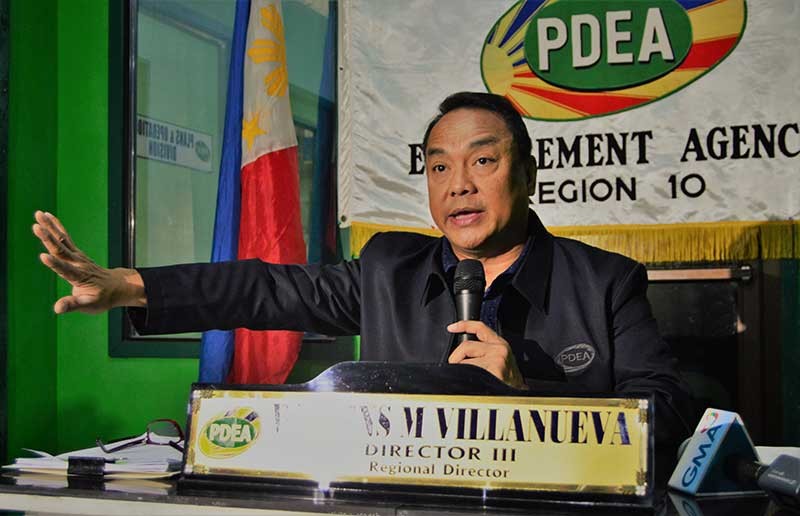 CAGAYAN DE ORO. Philippine Drug Enforcement Agency-Northern Mindanao Regional Director Wilkins Villanueva says he will not tolerate any wrongdoing committed by any of his agents as three of his men are now facing criminal charges following an altercation with a group of taxi drivers in Cagayan de Oro City last week. (Jigger J. Jerusalem)

PHILIPPINE Drug Enforcement Agency-Northern Mindanao Regional Director Wilkins Villanueva said Monday he did not expect that three of his agents were involved in an alleged wrongdoing last week as he vowed there will be no cover-up in the investigation that will be conducted by the agency’s Internal Affairs Service next month.

Villanueva said the agents -– Ramil Salido, Jestoni Tubongbanua, Randy Doliente –- have no prior record of misconduct, that is why he was surprised to learn that they were arrested by the police.

Although the suspects were PDEA-Northern Mindanao agents, Villanueva has promised there will be no whitewash in the course of the fact-finding effort.

“We will not condone, we will not tolerate... whatever is the result of the investigation, so be it,” he added.

“If this was job-related, I [would have helped] them, but this was their own doing, and it destroyed the image of the agency. I will not help them,” Villanueva added.

Based on a police report, the suspects allegedly physically assaulted and threatened a group of taxi drivers, following a marital quarrel between Salido and his wife inside their residence in Barangay Pagatpat, Thursday night, October 25.

The report also said the PDEA operatives fired their firearms in the air. No one was reported hit by the stray bullets discharged from the agents’ weapons.

Villanueva said the suspects will be facing criminal charges of multiple grave threats, physical injuries, and illegal discharge of firearms.

“The rule of law must prevail. They (suspects) will have to face whatever is the result of the cases filed against them,” he said.