Bzzzzz: Cebu politicos 'disappointed' by date with Duterte; no one endorsed 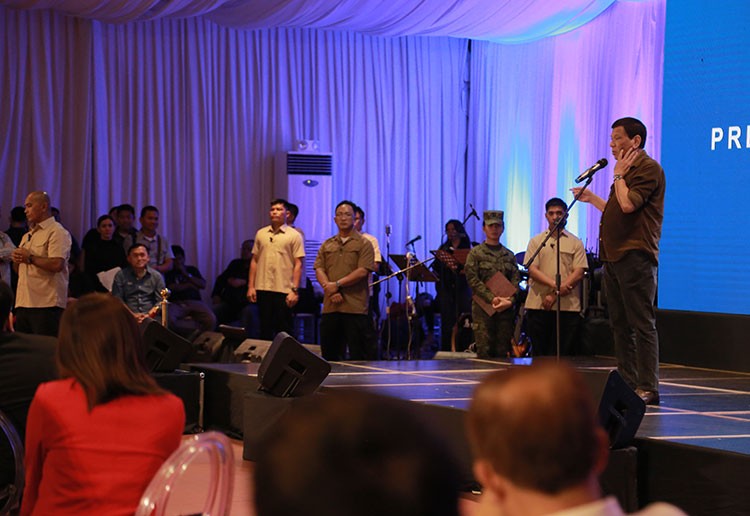 SCROLLING down: Most expected their arms to be raised in symbolic sign of choice and support, and no talk of funding support from the ruling party. Did President Digong have a separate meeting with a candidate for city mayor?

BEFORE that, what people talk about: the scary talk of replacing all Bureau of Customs personnel with military officers, only to be explained later that soldiers would only be there to “intimidate” the BOC employees. First, the lesson not to react to anything that sounds outrageous from the president until it is clarified first by his communication experts. Cebu business leaders were concerned over something that would not happen.

Local candidates with PDP-Laban certificates of nomination were reportedly disappointed by their “date” with President Duterte in Cebu last Tuesday (October 30).

They didn’t mind the long wait (over five hours) and the short stay (20 to 25 minutes) of President Digong at The Tent of Mandani Bay in Mandaue City. But they didn’t get his endorsement for the election, not even a mass raising of arms to signify that they were the chosen ones the president would prefer the voters to pick next May.

And no talk about help on funding from the national party. Of course, the more experienced politicos know it was not something that would be discussed openly in a public meeting.

Instead, they get a lecture on the president’s pet peeves: local officials linked to drugs and human rights critics.

Earlier, during a Cebu visit, his daughter Davao City Mayor Sara Duterte made ambivalent, if not conflicting, statements on whom to support. At one meeting, she said she was endorsing Representative Gwen Garcia when later she would also be endorsing Vice Governor Agnes Magpale, the two women competing for the same post, the Cebu governorship. And, a news report said, Sara was laughing when she commented on it, thinking it must be funny.

What is the PDP-Laban stand on local politics, particularly in Cebu. Mayor Sara talked about having a free zone in localities where more than one candidate for the same post is nominated by PDP-Laban. At the same time, she reportedly expressed preference for specific candidates. She said, also in a news report, she would stay away from Cebu politics (“gubot, magulo”) but at the same gave indications whom she preferred to win.

In the same manner, while President Digong during his last visit did not single out one PDP-Laban bet as his choice over another in the Mandaue City mayorship contest, he reportedly met privately with one of the contenders.

Until the PDP-Laban policy, or more importantly the policy of the Dutertes on local politics is made clear, Cebu bets may have to rely on their own and deal separately with the Duterte factor.