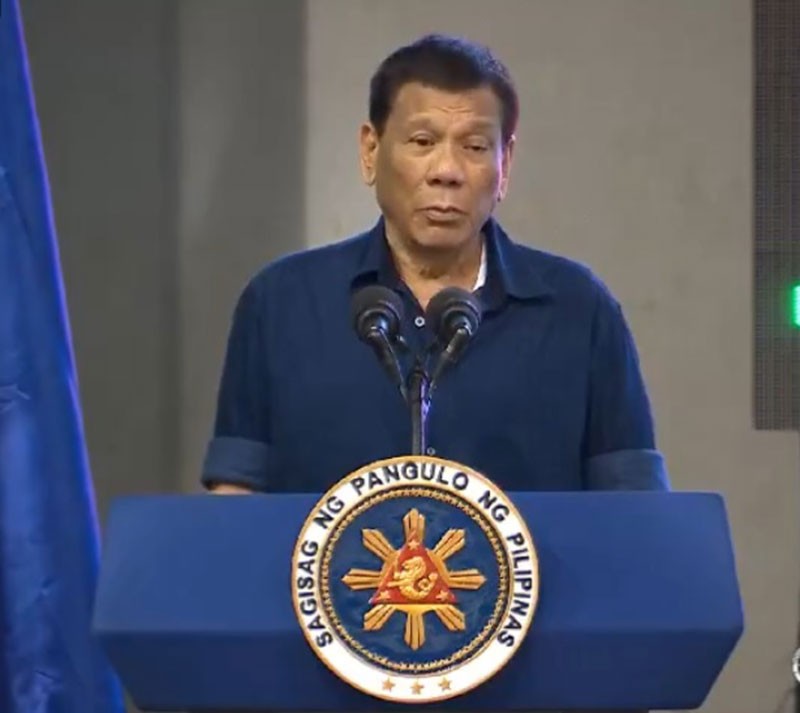 PRESIDENT Rodrigo Duterte on Wednesday, October 31, admitted the "militarization" of his government as he vented anew his frustrations over the rampant corruption at the Bureau of Customs (BOC).

"I will not sit as President and let you render me inutile as you continue with your corruption there in Customs right in front of me. P***** i** mo (Son of a b****), now you have a problem," the President said in Bisaya during the distribution of certificate of land ownership award to farmers in Cagayan De Oro.

"They say it's militarization of the government. Correct," he added.

He drew widespread criticism when he verbally placed all Customs personnel on floating status and directed newly installed Customs Commissioner Rey Leonardo Guerrero to bring in military men to perform civilian functions at the BOC.

His order came after four empty magnetic lifters suspected of having contained shabu (methamphetamine hydrochloride) worth P11 billion were discovered in Cavite in August.

Critics said putting the Customs bureau under military control is unconstitutional. The 1987 Constitution provides that civilian authority is always supreme over the military.

The Constitution also provides that "no member of the armed forces in the active service shall, at any time, be appointed or designated in any capacity to a civilian position in the Government, including government-owned or controlled corporations or any of their subsidiaries."

Guerrero on Wednesday clarified that there would be no militarization of the BOC.

He said Customs personnel who were earlier placed by Duterte on floating status "will still be in control of the operations and activities of the bureau."

In his latest speech, Duterte defended his decision to appoint former military officers in civilian positions, saying that they always follow his orders.

"I said do it randomly or forcibly open everything. They will really do it. You know, that's why I like military men. There are very few of us remaining who are... Almost everyone are from the military except for me, Dabs (former Technical Education and Skills Development Authority chief Guilding Mamondiong), and [Executive Secretary Salvador] Medialdea," he said.